Little boy, seven, suffered horrific death inside a plastic pipe in a construction site because the building firm’s faulty fencing failed to keep kids out

A building firm have admitted health and safety breaches in the case of a seven-year-old boy who suffered an excruciating death after falling into a plastic pipe.

Barnsley Magistrates court heard how little Conley had originally disappeared on July 26, 2015, after telling his mother he was going out to play with friends.

The schoolboy’s body was uncovered a day later as he was found wedged in a pipe inside the building site.

Andrew McGee, prosecuting, warned the fencing around the site – which was ‘slap bang in the middle of a residential area’ – was ‘significantly substandard’.

He alleged the fencing was either not ‘a suitable height’, was ‘non-existent’ or ‘poorly maintained’.

He added that they should be protected against the dangers ‘even though they may be entering as trespassers’. 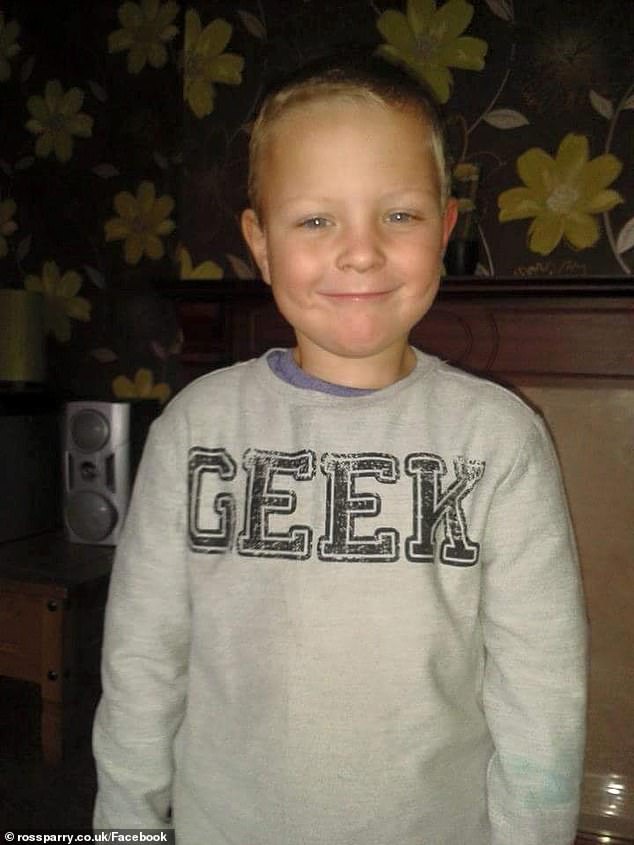 The body of Conley Thompson, seven, was uncovered a day after going missing as he was found wedged in a pipe inside the Howard Civil Engineering site in Barnsley, Yorkshire 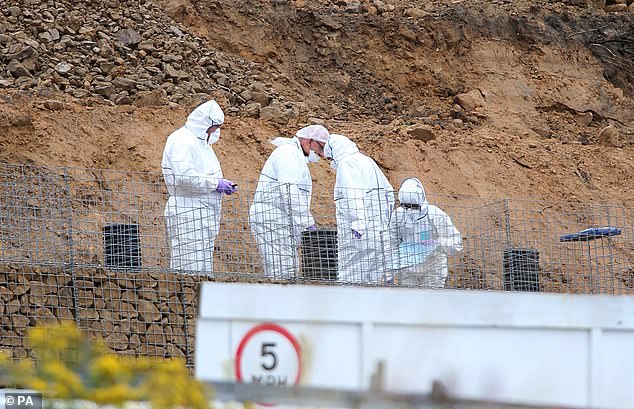 Pictures shown to the court included one of a police officer standing next to perimeter fencing that Mr McGee said was ‘nowhere near six-foot-high’.

Another photo showed a health and safety inspector, with the fence coming ‘barely * up to his chest’.

Mr McGee said there was ‘clear evidence that both adults and children were frequently and easily gaining access to the site’.

He told the court one Howard Civil Engineering worker ‘was aware people had been climbing over the fence, getting in’.

Another remembered ‘kids’ trying to get on to the site but being chased away.

A child previously said Conley had been seen on the cages containing the black pipes and was ‘running across the top of the cages’, Mr McGee said.

The boy ‘clearly had a history of going on to the Church View site’ and it was ‘a location he found tempting to enter’, the court heard.

Mr McGee said: ‘He was not alone in this amongst the children of this residential area.’

He added: ‘There is no precise timeline for the events of that day.

‘Despite intensive investigations, there is no evidence of when, how, or, if he was not alone, with whom Conley entered the site prior to his death.’

Mr McGee said a pathologist concluded Conley must have gone into the pipe, designed to house fence posts, with both feet at the same time. 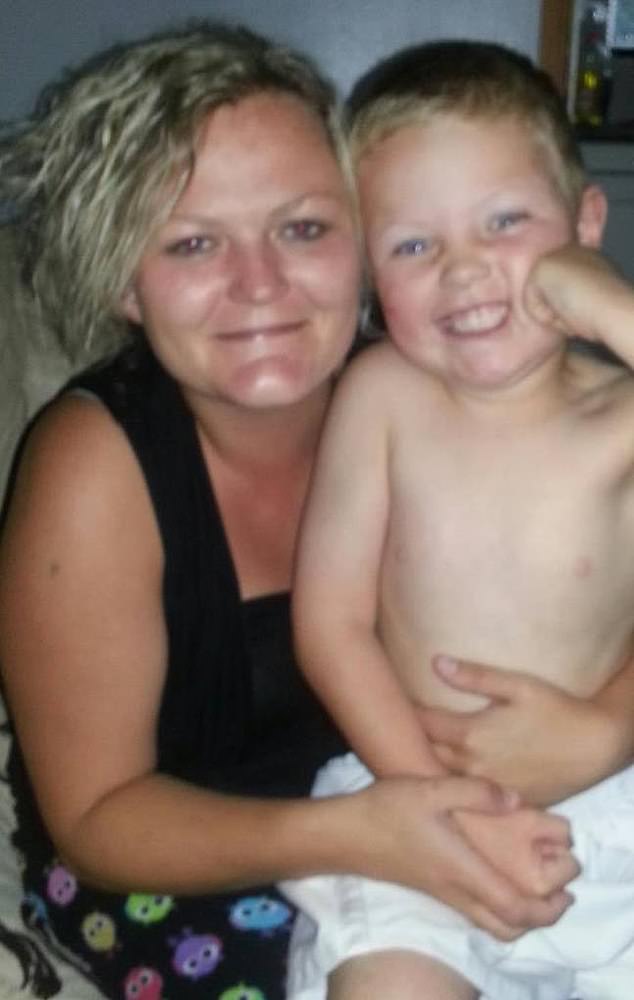 Little Conley had originally disappeared on July 26, 2015, after telling his mother (pictured together) he was going out to play with friends He said: ‘The pathologist says it’s possible he slipped in with both feet while standing on the edge, or he might have lowered himself in – nobody knows.’

There was no suggestion of foul play, the court heard.

Mr McGee said: ‘The company fell far short of the appropriate standard. It failed to have in place perimeter fencing consistent with industry standards.

‘Perimeter barriers were obviously, we say, inadequate and, in some places, non-existent.’

Mr McGee added: ‘The company fell far short of the appropriate standard. It failed to have in place perimeter fencing consistent with industry standards.

‘Perimeter barriers were obviously, we say, inadequate and, in some places, non-existent.’

Speaking in mitigation James Maxwell-Scott said managers at the firm were not aware children had been on the site before the fatal incident.

He said: ‘Conley Thompson’s death was a tragedy for his family and friends.

‘The defendant hopes the conclusion of this prosecution will help in some small way to bring an element of closure.’

At the time of his death, Conley’s grandmother Deborah Fraser said she was ‘shell-shocked’.

She said: ‘As a person, he was a lovely little lad, boisterous, got into anything and everything but his smile could light up a room.’

Managing director Michael Howard pleaded guilty on behalf of the Leeds company for failing ‘to ensure necessary steps were taken to prevent access to the site by unauthorised persons’.

The judge adjourned the case for sentencing at Sheffield Crown Court on May 5.