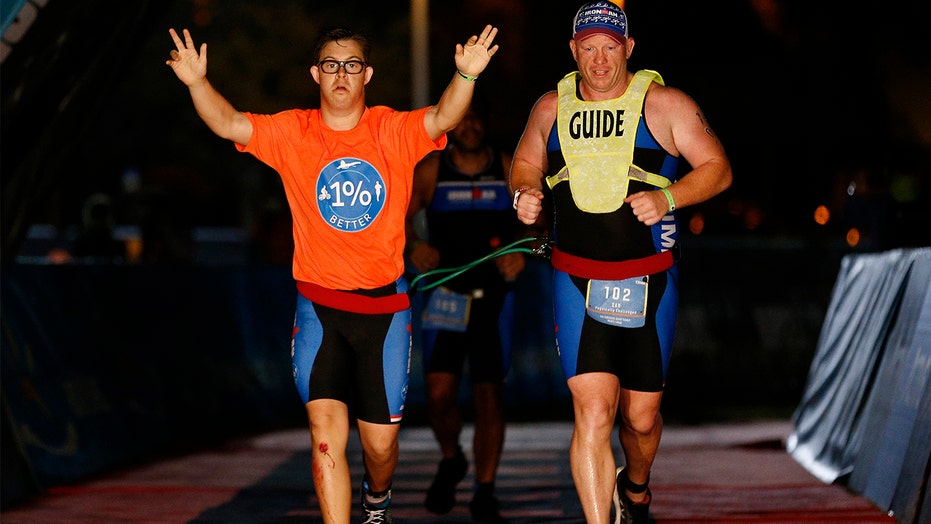 A Florida man crossed the finish line over the weekend to become the first athlete with Down syndrome to complete an Ironman triathlon, the Special Olympics announced.

Chris Nikic wore a shirt featuring his motto of “1% better every day,” as he completed the Panama City Beachcompetition Saturday in a moment captured on video. 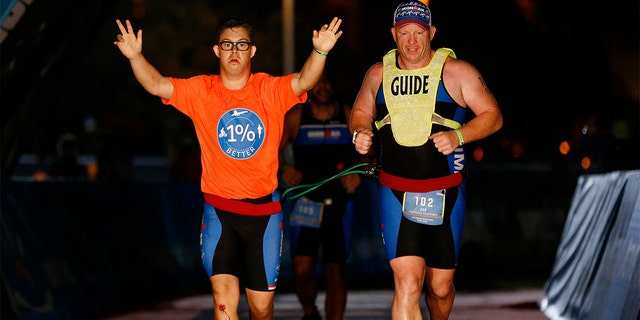 “A year ago I wrote ‘Chris World Champ',” the 21-year-old Maitland native tweeted Sunday morning. “Anything is Possible.”

According to the Special Olympics official Twitter account, Nikic inspired people around the globe as he set a Guinness World Record with the feat.

The triathlon had a 17-hour time limit, officials said. Nikic crossed the finish line after 16 hours, 46 minutes and 9 seconds, according to Guinness World Records.

The event consists of a 2.4-mile swim, 122 miles on a bicycle and a marathon-length run that all had to be completed within the time limit.

Nikic, who has undergone two heart surgeries and multiple ear canal reconstructions, is hoping to qualify for the 2022 Special Olympics USA Games in Orlando, Fla., according to the Tampa-based WTVT.

“Special Olympics Florida is incredibly proud of Chris Nikic and the work he’s put in over the last few years to achieve this monumental goal,” Sherry Wheelock, the president and CEO of Florida’s Special Olympics organization, told the outlet. “Chris has become a hero to many athletes, fans and individuals across Florida and around the country. He is an inspiration to us all, and we couldn’t be prouder of his remarkable accomplishments.”

“From the time he was born, we were told by everyone that he’d never do anything or amount to anything or be able to accomplish anything [beyond] being able to tie his own shoes,” the elder Nikic told the newspaper. “And we believed them for the longest time.”

But despite medical setbacks and other hurdles, the 21-year-old made history at the Florida Panhandle event.