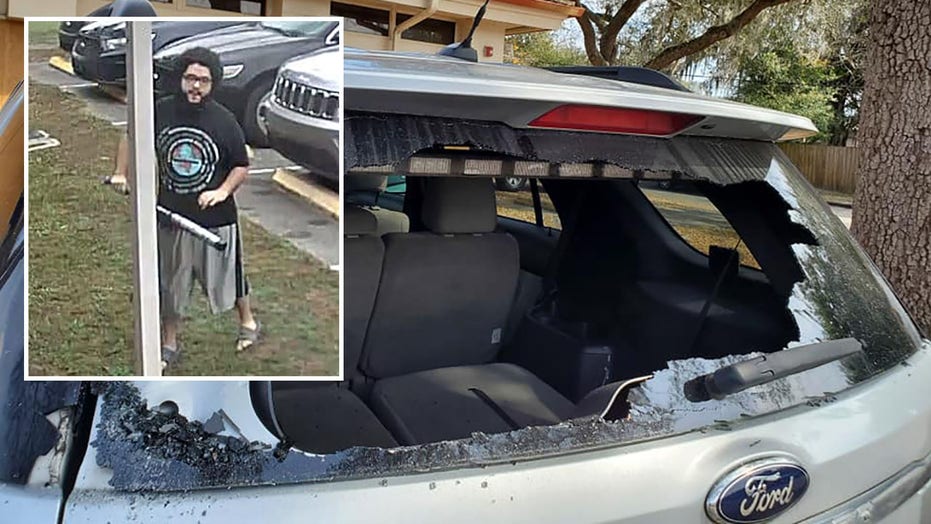 A Florida man was arrested Wednesday after being caught on video busting the windows of multiple sheriff’s office vehicles with a baseball bat, authorities said.

Michael Anthony Alicea, 28, was seen on surveillance video outside the Deltona precinct of the Volusia County Sheriff’s Office swinging a metal bat at unmarked patrol cars, the sheriff’s office said.

Sheriff Mike Chitwood told FOX35 Orlando that four vehicles belonging to the sheriff’s office were smashed, totaling about $5,000 in damages.

Deputies traced the license plate of the suspect’s car seen in the security footage and found Alicea at his home wearing the same clothes, the station reported.

While no one was hurt, Chitwood told news outlets that the situation could have turned dangerous.

“No one was hurt but my concern was had a deputy or a civilian walked out while this guy was wielding a bat, they could have possibly been attacked,” Chitwood told the Daytona Beach News-Journal.

An investigation showed that Alicia had no criminal record or links to extremists on social media, the sheriff told the outlets. He said Alicea is believed to have stopped taking medication for mental health issues.

Alicea was charged with criminal mischief and free on bond, according to FOX35.