The newly-appointed Florida secretary of state has resigned after photos showing him dressed in blackface more than a decade ago have emerged.

Michael Ertel, who was appointed late last month by Gov. Ron DeSantis, submitted his resignation “effective immediately,” according to an email he sent to Florida Director of Executive Staff Diane Moulton on Thursday afternoon, which was obtained by ABC News.

DeSantis accepted Ertel’s resignation, according to a statement from the governor’s press office.

The photos were taken at a private Halloween party in 2005, which Ertel attended dressed up as a “Hurricane Katrina victim,” two months after the hurricane had left New Orleans in devastation, the Tallahassee Democrat
reported.

Ertel, 49, had just been appointed as supervisor of elections for Seminole County in February 2005, according to the local newspaper, which confirmed with Ertel that the man in the photos — in blackface, wearing false eyelashes, red lipstick, a New Orleans saints bandanna and a purple T-shirt stuffed with fake breasts — was, in fact, him. 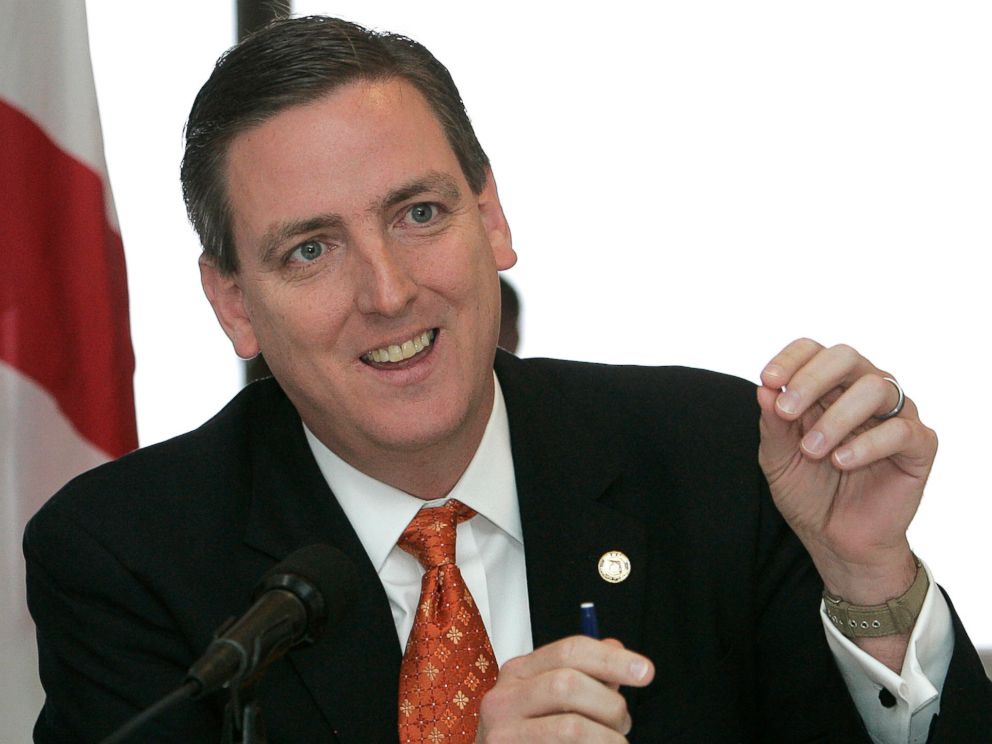 At a press conference on hurricane relief in Marianna, Florida on Thursday, DeSantis described the situation as “unfortunate,” adding that he believes that Ertel regrets his actions.

“I think he’s done a lot of good work, but at the same time, I’ve gotta have an administration that’s focused on what matters to Floridians, and I don’t want to get mired in kind-of side controversies, and so I felt it was best to just accept the resignation and move on.”

The racist photos are “the sole blemish” on Ertel’s “seemingly spotless public career,” according to the Tallahassee Democrat. His Twitter account became inactive after the news broke of his resignation.

Ertel did not immediately respond to an ABC News request for comment. He did not offer additional comment to the Tallahassee Democrat newspaper.

“There’s nothing I can say,” he concluded.