This is the moment the sister of a well-known Ecuadorian footballer Enner Valencia is rescued in the jungle from her kidnappers after 11 days of captivity.

The rescue took place in the jungle located near the city of San Lorenzo, in the north-western Ecuadorian province of Esmeraldas last Friday August 28.

The kidnapping of Erci Valencia Lastra, sister of the footballer who played for both West Ham and Everton in England, occurred in the city of Quito, in the northern Ecuadorian province of Pichincha on August 17.

According to an official press statement by Ecuadorian police, several heavily armed men entered her house and, after attacking the whole family and taking various personal belongings, took the young woman, believed to be 28, by force. 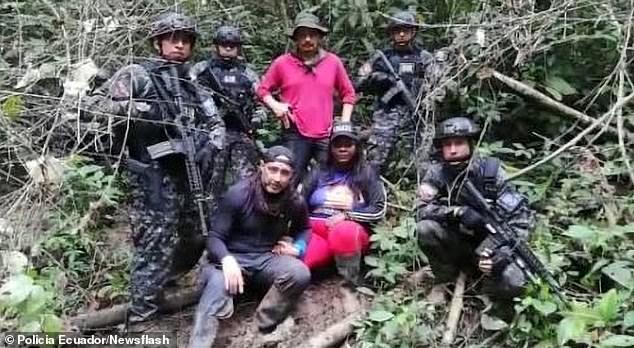 Erci Valencia Lastra (pictured seated, centre) and sister of Ecuadorian footballer Enner Valencia, was rescued on August 28 after being kidnapped by a group of armed men and hidden in the jungle

Her husband reportedly only managed to escape by jumping into a nearby river, according to The Sun.

As confirmed during the press conference by the head of the kidnapping unit of the National Police, Lieutenant Colonel Henry Herrera, the alleged intention of the kidnappers was to ask for a ransom of 2 million USD (£1.5 million).

The relatives immediately reported the kidnapping to the authorities who quickly confirmed that the woman was being held in the jungle in Esmeraldas province. 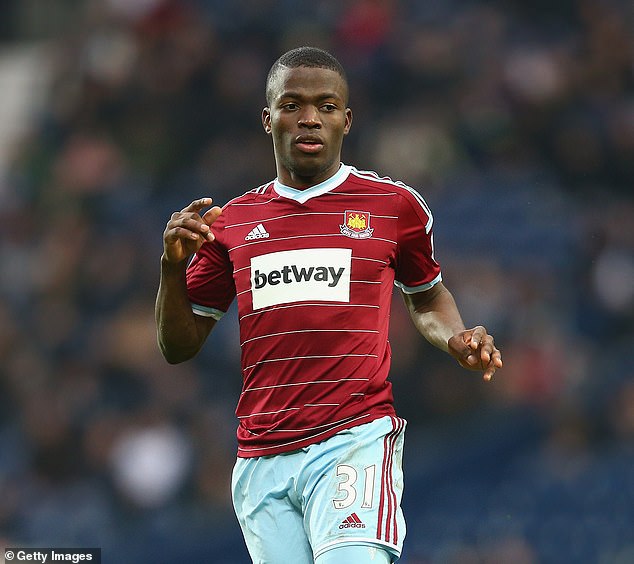 Pictured: Ecuadorian footballer Enner Valencia in action for West Ham during an FA Cup match in 2015. Valencia publicly thanks Ecuadorian authorities for rescuing his sister

The kidnappers continued to move the victim from place to place to avoid being found.

Finally, agents from the Anti-Kidnapping and Extortion Unit (Unase) and agents from the Intervention and Rescue Group (GIR) managed to locate her in a complicated tracking operation where they also freed her.

In a video of her rescue, officers wearing camo-gear are shown moving through the jungle, and finding a makeshift tent. 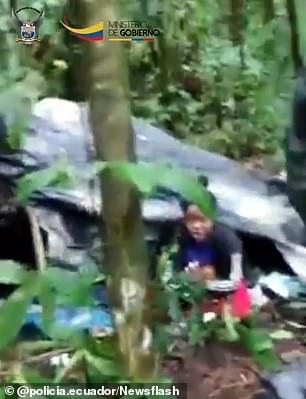 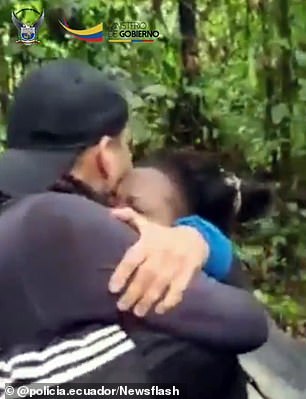 Erci Valencia Lastra was found by the rescue team in the jungle, hidden in a makeshift tent (left). Upon her rescue, she was visible emotional, but had a relative or friend there with the rescue team (right)

The video, shared by Ecuadorian police, showed that Erci Valencia Lastra was clearly emotional when she was rescued, hugging the men who found her in the jungle (pictured)

The canopy of the tent is pulled back to find an emotional Erci Valencia Lastra, who is told she is being rescued by the police, at which point she bursts into tears, but appeared unharmed from the ordeal.

In the same operation, six presumed kidnappers identified as Edwin C., Dugelio T., Jose C., and Edwin M., of Colombian nationality; Juan S., and Washington A., of Ecuadorian nationality and a minor whose identity has not been revealed, were arrested.

The Ecuadorian suspects are believed to be part of the Oliver Sinisterra Front, a dissident faction of the FARC from Colombia.

According to information from the national newspaper El Universo, the five adults arrested are currently in remand. 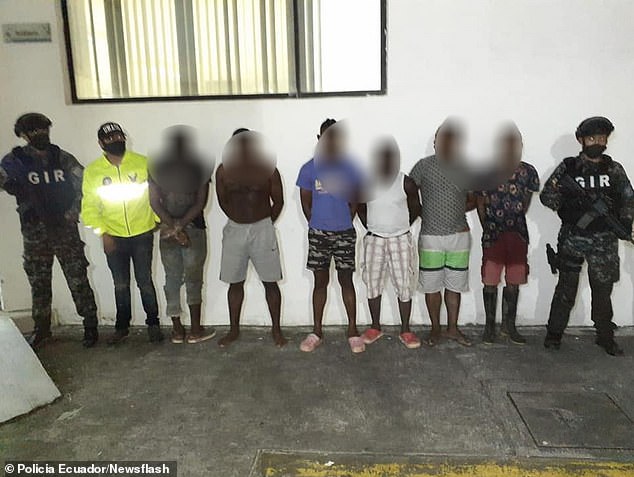 Six presumed kidnappers identified as Edwin C., Dugelio T., Jose C., and Edwin M., of Colombian nationality; Juan S., and Washington A., of Ecuadorian nationality and a minor whose identity has not been revealed, were arrested (pictured)

The footballer, Enner Valencia, who recently joined Turkish professional football club Fenerbahce, publicly thanked the authorities on his Twitter account for the countless expressions of affection and support he received,

He especially thanked the president of Ecuador, Lenin Moreno, who according to Enner Valencia maintained direct communication with the family at all times.

‘I don’t have words to express everything that I feel today,’ he wrote. ‘[It’s] one of the happiest days of my life; a day full of emotions and conflicting feelings.’

The 30-year-old is a key player for the Ecuador national team, and has made 54 international appearances, scoring 31 goals in his international career.