Footballer repeatedly punched woman in head and dragged her along pavement

Andrew Akingbaje, 24, was caught on camera launching the savage assault on clubgoer Krystal Mission in the early hours of January 1 this year.

She posted the clip, which went viral, online in a bid to trace the thug.

Two other counts of assault by beating against two of Miss Mission’s friends were ordered to lie on file. 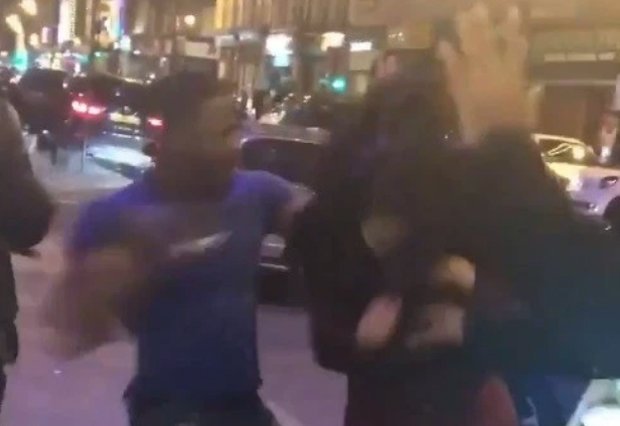 “There was a mistaken belief Miss Mission was involved with the people earlier.”

The court heard Akingbaje has a previous conviction for GBH against an ex-girlfriend in 2017.

Judge Mark Bishop said: “I have ordered a pre-sentence report about you so that the probation service will write a report.

“They will write a report and assess the question of dangerousness in light of your previous conviction.”

But he warned Akingbaje: “I want to make absolutely clear to you you are facing a custodial sentence.

“I’m not ruling out a suspended sentence completely, of course, as I will hear what they have to say about you.

“But you are facing a custodial sentence because of your previous conviction and the facts of this case.”

Akingbaje was bailed until his sentencing hearing at Inner London Crown Court next month.