Orlando: US President Joe Biden is facing significant push-back from Democratic allies in the US Congress for launching air strikes in eastern Syria, Biden’s first lethal military action since entering the White House.

The Defence Department said the strikes, which were carried out on Friday (AEDT), were against buildings in Syria that were being used by Iranian-backed militias.

The strikes killed at least 22 people, according to the London-based Syrian Observatory for Human Rights, citing unconfirmed Syrian reports. 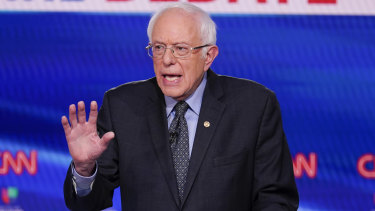 Some congressional Democrats criticised the strikes as an unnecessary military provocation while others complained that Biden had not sought congressional approval before ordering the attacks.

Bernie Sanders, who finished second to Biden in the 2020 Democratic Party primaries, said: “I am very concerned that last night’s strike by US forces in Syria puts our country on the path of continuing the ‘Forever War’ instead of ending it.

“This is the same path we’ve been on for almost two decades. 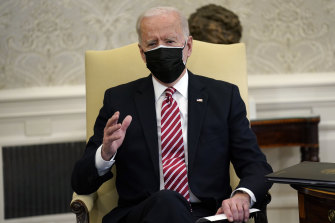 US President Joe Biden. His own side says he should’ve asked Congress before launching targeted strikes in Syria on Friday.Credit:AP

“For far too long administrations of both parties have interpreted their authorities in an extremely expansive way to continue military interventions across the Middle East region and elsewhere.

“While the president has a responsibility to defend the people of the United States, our constitution is clear that it is the Congress, not the president, who has the authority to declare war.”

Democratic Senator Tim Kaine, who was Hillary Clinton’s running mate in 2016, said: “The American people deserve to hear the administration’s rationale for these strikes and its legal justification for acting without coming to Congress.

“Congress must be fully briefed on this matter expeditiously.” 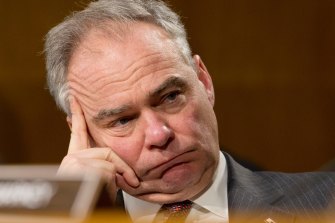 Democratic congressman Ro Khanna, a member of the party’s progressive caucus, said: “We cannot stand up for congressional authorisation before military strikes only when there is a Republican president.

“The administration should have sought congressional authorisation here.

“We need to work to extricate from the Middle East, not escalate.”

However, the strikes were applauded by military hawks in Congress, including several senior Republicans.

“We must defend our interests abroad, and I hope the Biden administration continues to apply pressure to deter future aggression from Iran and its proxies.”

The operation followed a deadly attack on a location housing US personnel in Iraq that American officials believe was carried out by Iranian-linked groups.

“We have acted in a deliberate manner that aims to de-escalate the overall situation in both eastern Syria and Iraq.”