The former Everton, Ipswich Town and Charlton star, 40, earned up to £10million from football, pocketing up to £1million a year.

But he was made bankrupt in the High Court after failing to pay HMRC several large tax bills, it has been reported.

Sources said the debt ran into ‘seven figures’ and was because of Bent’s involvement in a number of failed tax avoidance schemes. 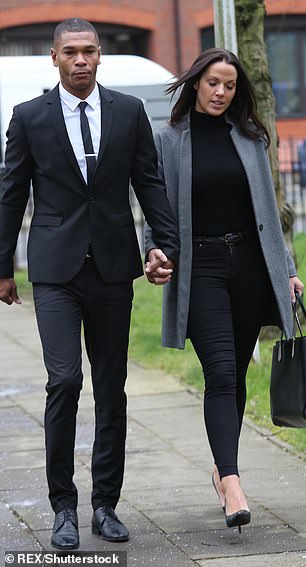 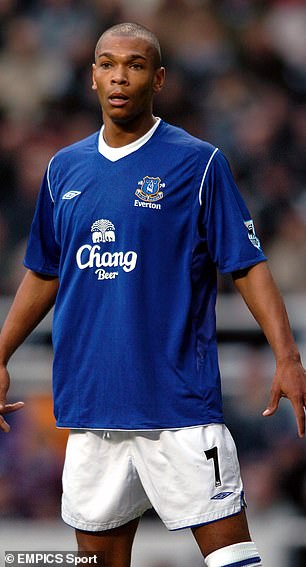 Marcus Bent (pictured left, outside Guildford Crown Court with his partner when he was on trial for affray in charged with affray in February 2016) and right during his playing days with Everton in a match against Newcastle United in 2005) was declared bankrupt at the High Court

It comes just four years after he dodged jail when he attacked police during a cocaine-fuelled stand off.

Bare chested Bent was Tasered after he went at them with a meat cleaver.

He was handed a suspended sentence after admitting affray and possessing the Class A drug. 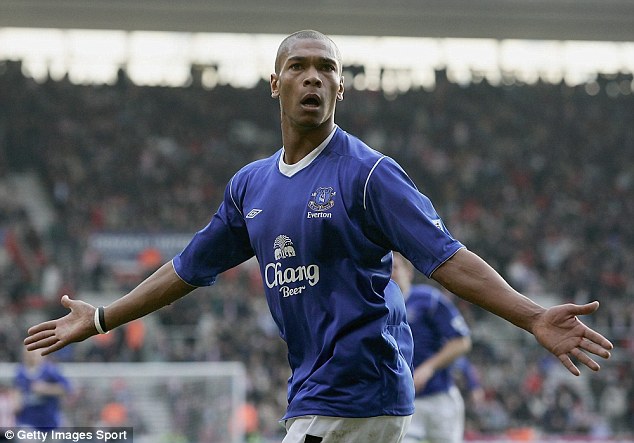 Bent, a former England Under 21 star, played for more than 15 clubs. He began his career at Brentford in 1995, and as well as spells at Ipswich, Charlton and Everton (pictured, in 2005) he played for Blackburn, Sheffield United, Port Vale and Birmingham

A year later he was fined after admitting possessing cocaine at Chessington World of Adventures.

Bent, a former England Under 21 star played for more than 15 clubs. He began his career at Brentford in 1995, and as well as spells at Ipswich, Charlton and Everton he played for Blackburn, Sheffield United, Port Vale and Birmingham.

The bankruptcy notice confirms Bent, who lives in Manchester and Surrey, is now retired from the sport. The notice was granted on January 2.