Mayor of Godalming is jailed for nine years for sex with 13-year-old girl – who even shared bed with him and his wife – after telling arresting police: ‘Do know who I am? 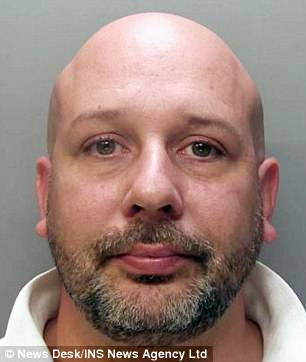 Ex-Tory councillor Simon Thornton told police who arrested him: ‘You know I am the Mayor of Godalming?

A former Mayor and conservative councillor has been jailed for abusing a teenage girl who he forced to sleep in bed with him and his wife during the three years he abused her.

Simon Thornton was jailed for nine years on Monday after a judge heard how he used the thirteen-year-old girl as a sex object.

The court also heard that 46-year-old Thornton, Mayor of Godalming in Surrey between 2006 and 2009, told police who arrested him: ‘You know I am the Mayor?’

Thornton admitted 22 charges involving having sexual relations with the girl when she was between the ages of 13 and 15. He denied two other counts of paying for sex and producing child pornography.

Balding Thornton sat in the dock as the judge listed a litany of offences involving sex with a girl ‘weekly’ over a three year period.

The court heard how Thornton had begun grooming the girl from her 13th birthday, buying her phones, picking her up from school and inviting her to his work and home whenever possible.

Thornton and the girl established a routine involving texting one another a code, as well as taking any opportunity to have sex with her, including on occasion, at his work at a butcher’s shop, in his van, or on a local common.

The court described how Thornton went to great lengths to ‘normalise’ his behaviour, including having the girl sleep in bed beside him and his now ex-wife.

The judge at Guildford Crown Court also heard how during the relationship, Thornton had seized upon the opportunity to produce multiple indecent images and videos of his victims, ranging from category C, B and to A, the worst category.

The prosecution said that initially upon being arrested Thornton told officers that the claim had only been made as the victim was trying to win a competition he was judging in his capacity as Mayor.

In a statement, the victim described how she believed she loved Thornton and how it was only after confiding in a school friend, she eventually came to realise this behaviour was wrong.

The statement said: ‘I did not like being at home, so I started staying at Simon’s as often as I could. 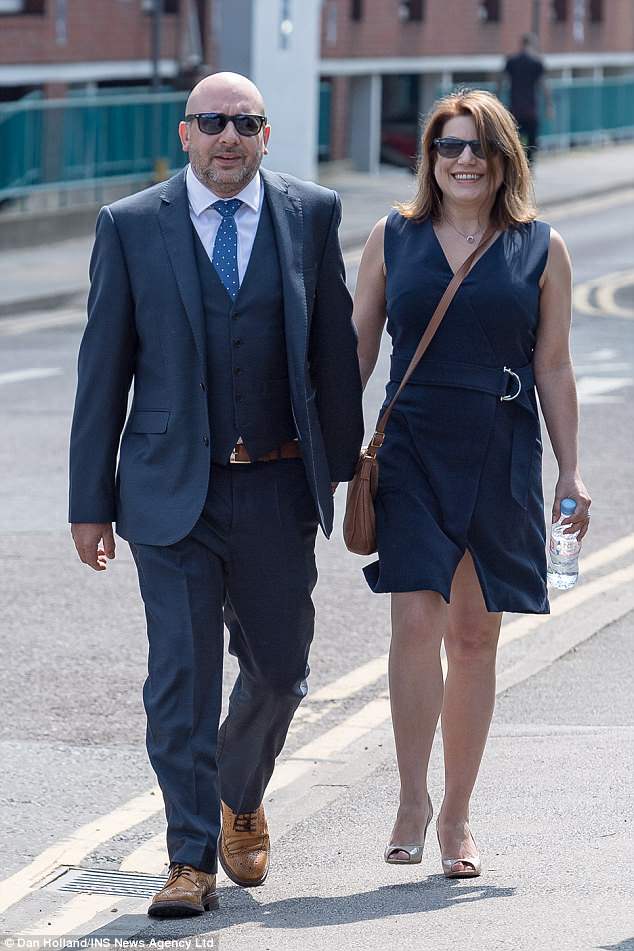 ‘He was a kind and generous man and I felt safe and cared for. I thought I loved Simon, he never made me feel scared or vulnerable.

‘At the age of 15 I confided in a friend. He told me to tell my mother, who was dismissive. Since then I have lacked self-respect for myself which has caused me to make poor decisions. I was forced to grow up too quickly and I have suffered depression.’

The victim only contacted police after meeting with Thornton in adulthood, at which point he attempted to reminisce with her, by showing her a video he had filmed of them during their relationship.

Thornton’s defence counsel argued that Thornton himself had suffered a loss of his own childhood, having attended a remedial school and having been diagnosed with dyslexia.

However, Judge Robert Fraser told the defendant, whose address was given as Abraham Close, Bordon, Hants: ‘She stayed at your house which gave you the opportunity to abuse her and you used this to have sex with her at least once a week.

‘She said she felt safe and secure in your company and her statement sets out very clearly how she almost viewed you as family.

‘You made a show of being a man of the community but the fact is, you exploited this girl and robbed her of her early teens, you have forever blighted her life.’