A federal grand jury has indicted the four former Minneapolis police officers involved in George Floyd’s arrest and death, accusing them of willfully violating the man’s constitutional rights as he was restrained face-down on the pavement and gasping for air. 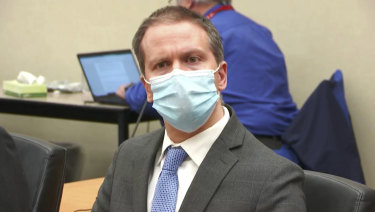 Derek Chauvin listens to the verdict in his trial for the 2020 death of George Floyd.Credit:Pool court TV

Conviction on a federal civil rights charge is punishable by up to life in prison or even the death penalty, but those stiff sentences are extremely rare and federal sentencing guidelines rely on complicated formulas that indicate the officers would get much less if convicted.