A FOUR-month-old puppy was torn to shreds by a Staffordshire Bull Terrier in the street in front of its distraught owner, sparking a police investigation.

Little Polar – a Chihuahua and Pomeranian cross – had to be put down after last Thursday's savage attack in Harwich, Essex. 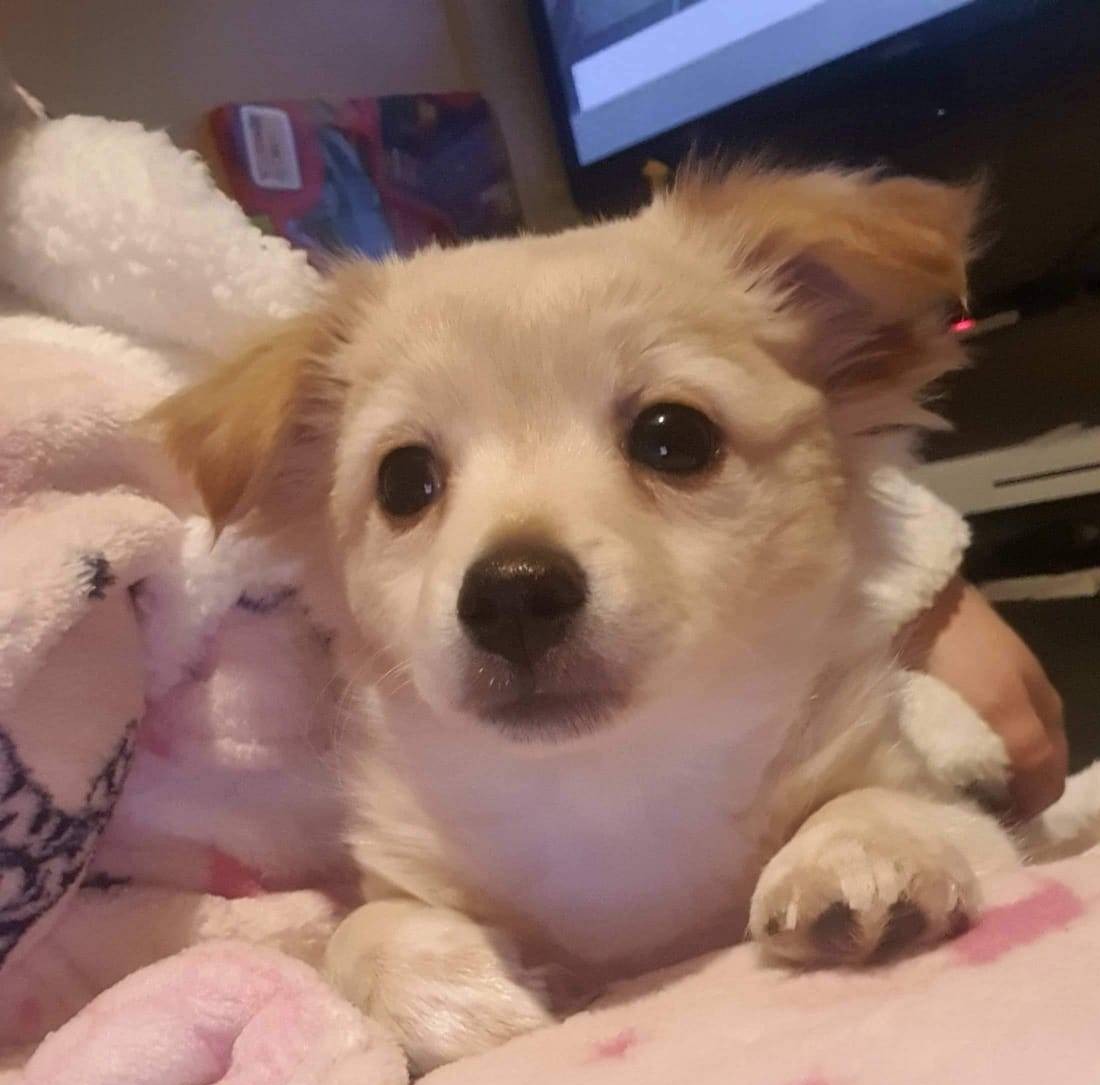 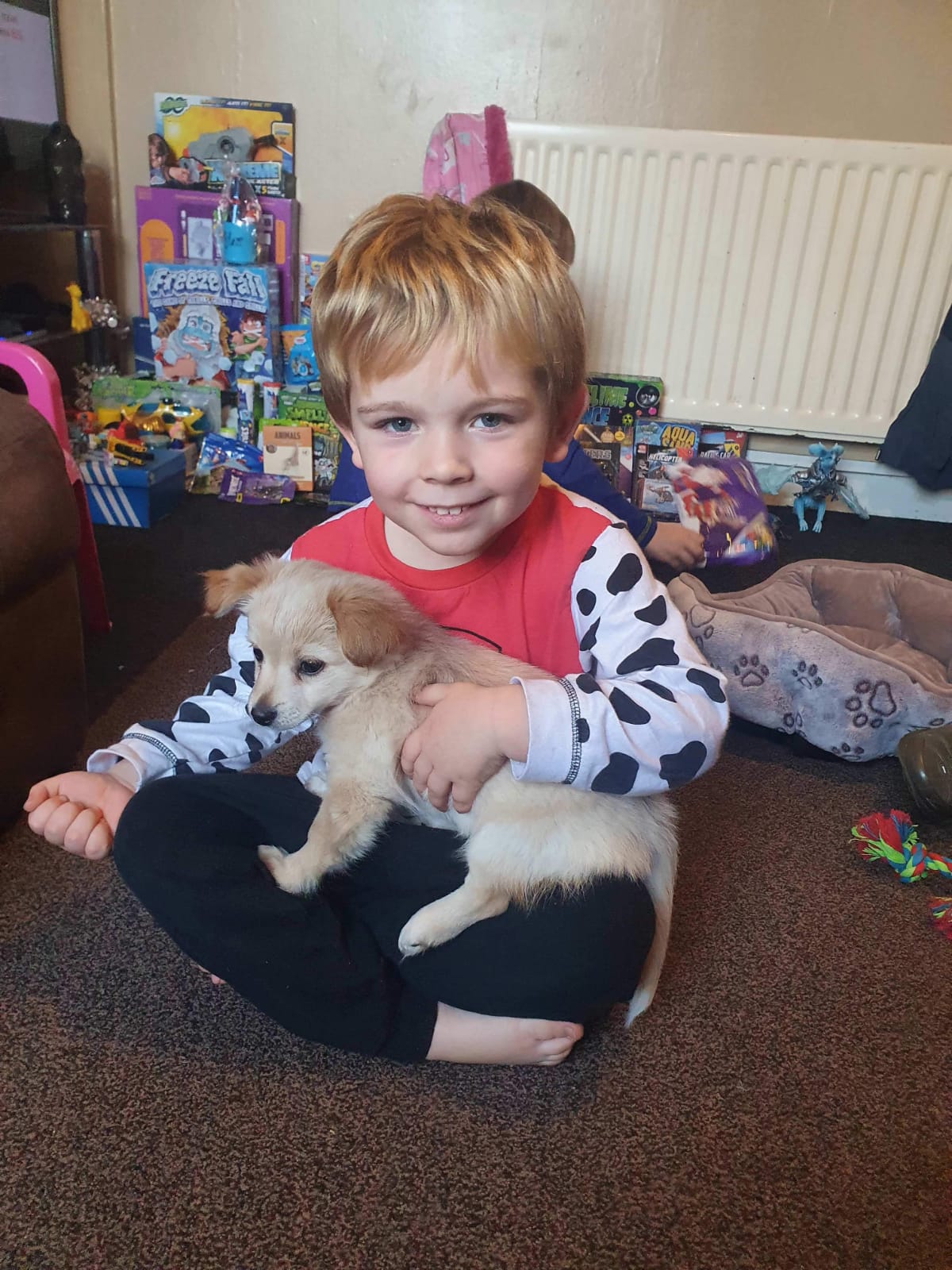 Kirstie said today: “Polar meant everything to us all, he was the missing part of our puzzle and made this family complete.

“It almost feels empty without him. He was my kids’ best friend and my baby.”

Kirsite and her sister Karleigh Stokes – who was injured in the attack – watched on in horror as Polar was attacked by the passing dog.

He had to be put down by vets after he was left with just a five per cent chance of survival.

Supermarket worker Karleigh said the horrific events unfolded when they popped to the shop last week.

She said: “I saw a dog right outside the shop on the corner of the road and waited quite far away.

“Both of our dogs caught the other’s eye, and they all started barking a little bit – just as dogs do. 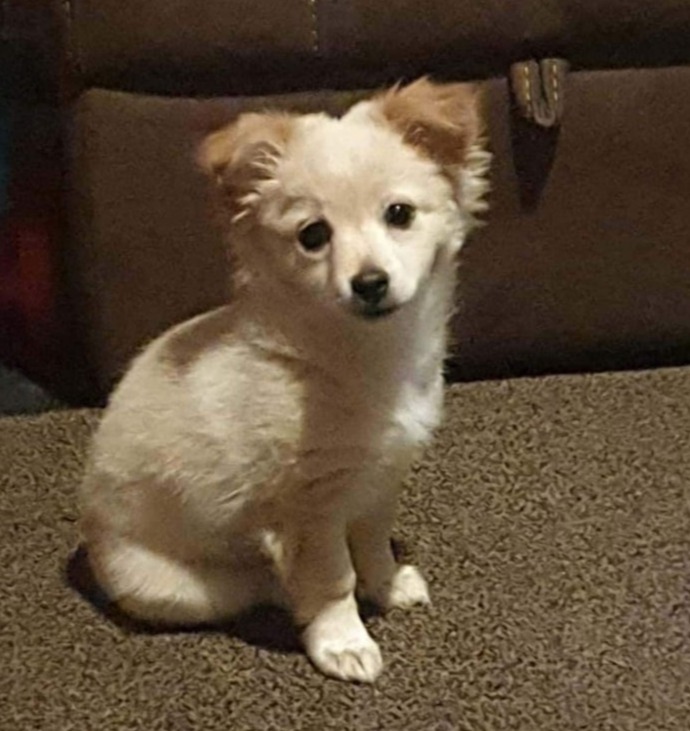 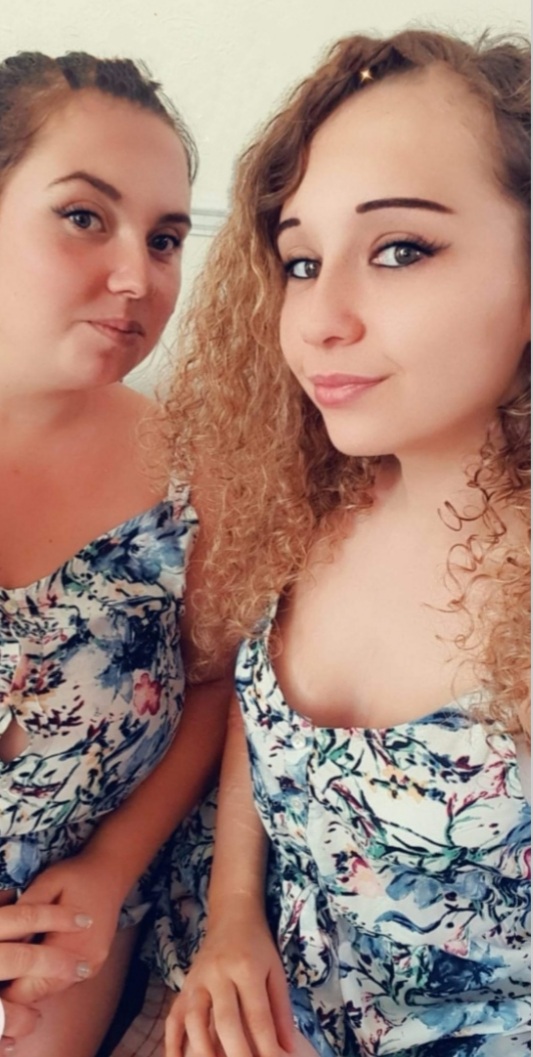 “I walked down into the alley so they couldn’t see the dog anymore but within around 30 seconds I was dragged to the floor.

“The dog had grabbed Polar by the neck and was throwing him about the whole street.”

The sisters watched in horror as their tiny puppy – named because he looked like a little polar bear – wasthrown across the street as the attacking dog chomped down on his throat.

Karleigh said: “The force was enough to pull me down and drag me across the street, I was screaming.

“The dog would not let go of the puppy – the owner was hitting the dog while the other person they had been walking it with yanked our puppy by the back end.

“They were literally trying to yank the puppy out of this dog’s mouth, it wasn’t helping.”

“My sister was in a total state of shock.”

But to Karleigh’s horror, the owners told her to “f**k off” and became aggressive towards her as she desperately tried to save little Polar.

She said how the attack went on for a gruelling two-and-a-half minutes as hero bystanders wrestled with the couple and their vicious dog.

Karleigh said it two neighbours grabbed the vicious dog by its bits and twisted them until it let go.

Polar was carried home home, but had suffered a broken neck, a broken spine andand was paralysed.

Heartbroken Karleigh and Kristie opted to do humane thing and have little Polar put out of his mystery.

The sisters have lodged a complaint with police who are investigating.

Karleigh has also since found out the violent dog had attacked others in the past and was legally required to be muzzled, she said.

Police are appealing for witnesses to come forward.

The owner of the dog which attacked the puppy is described as a 6ft tall, slim, black man with dreadlock hair past his shoulders and a small beard.

Karleigh and her family are raising money for Polar’s vet bills – you can donate here. 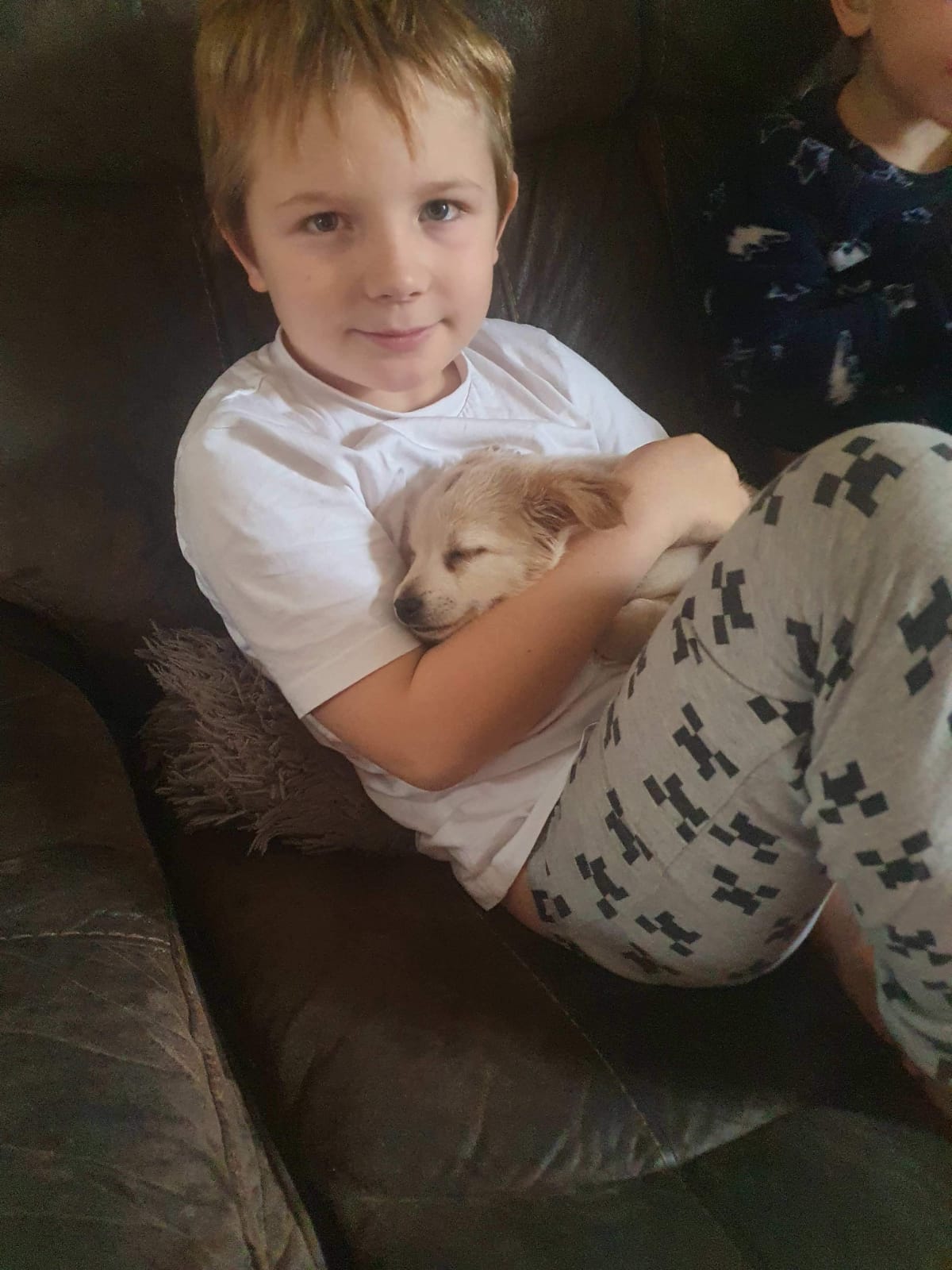 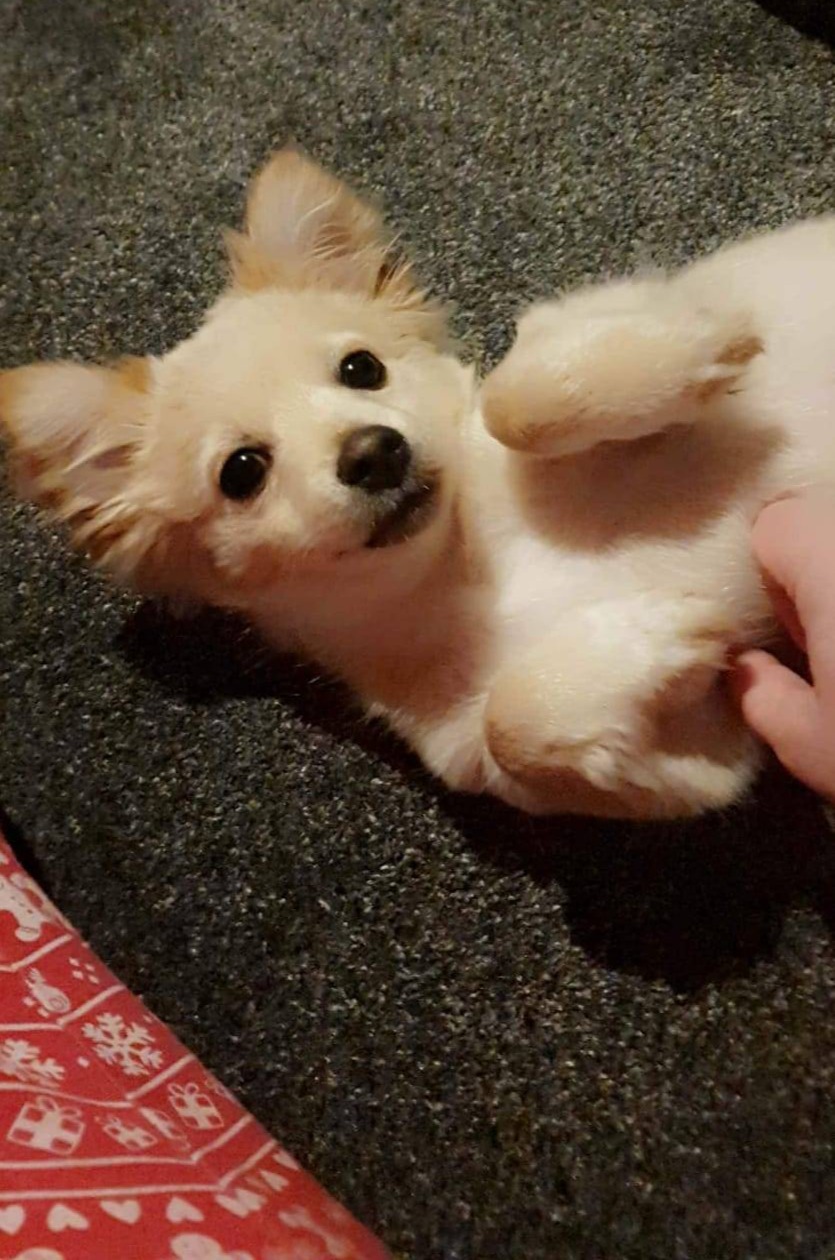 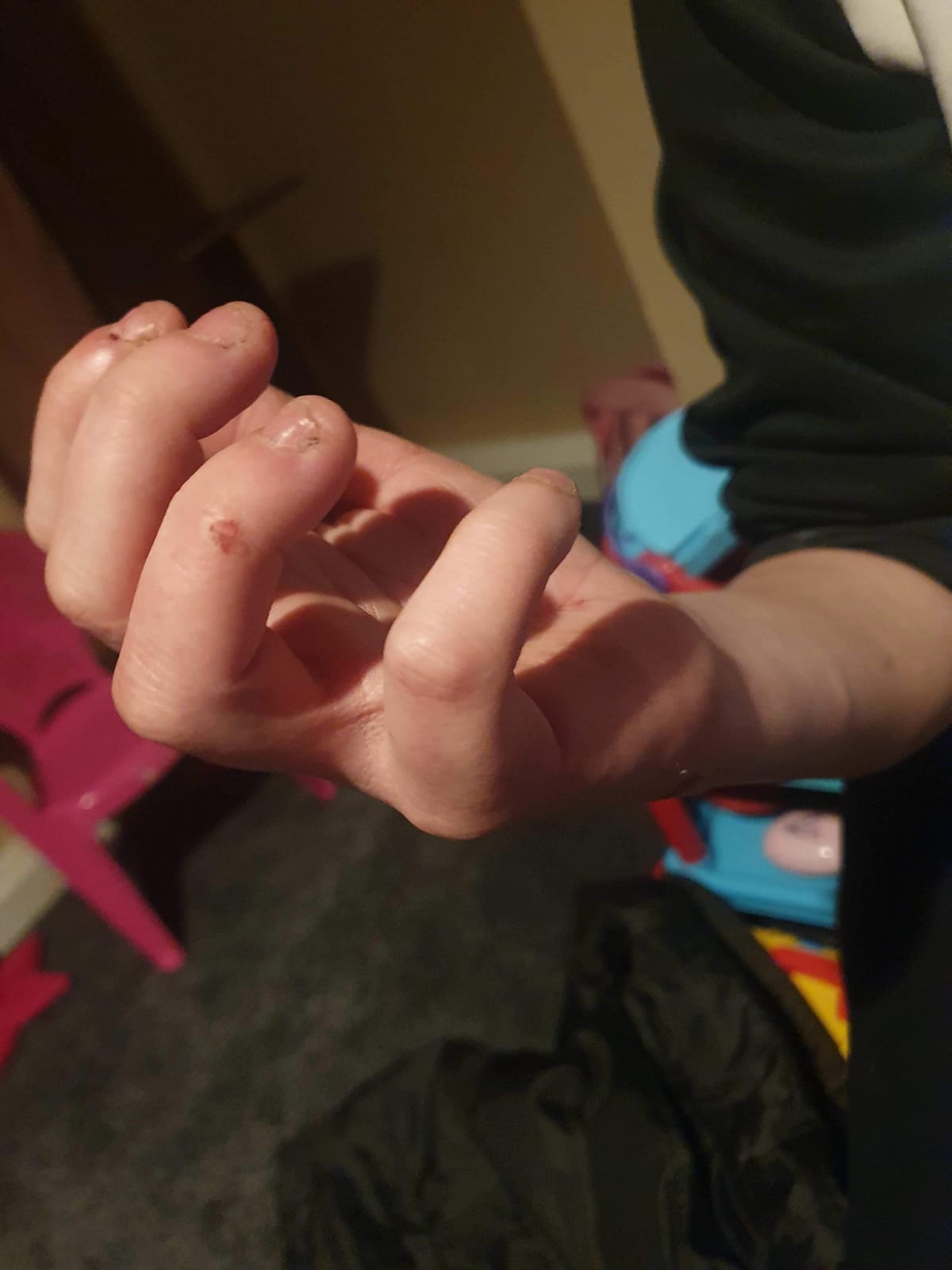