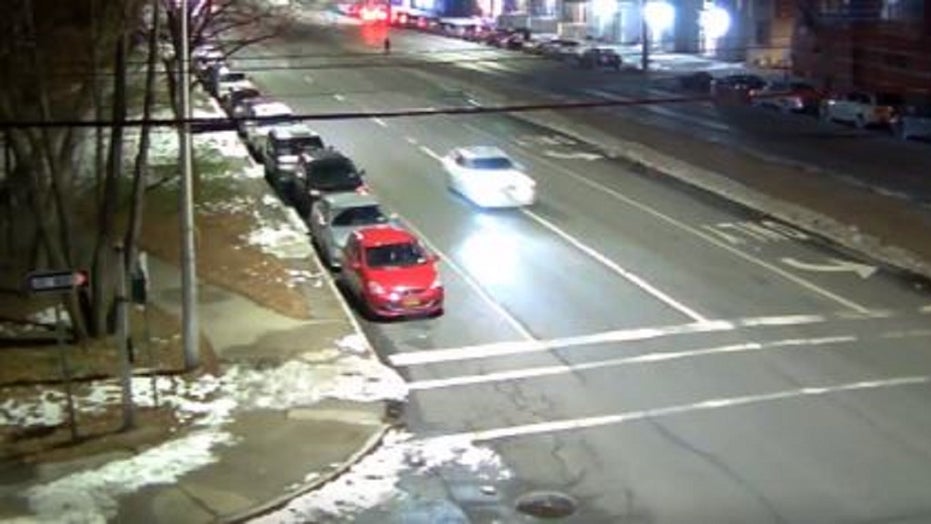 Four New York City-area teenagers who recently graduated high school were killed Tuesday when the car they were in was struck by a motoris who was evading police, officials said.

Yonkers residents Brandon Sierra, Randy Brisbane, Tamari Watkins, and Anthony Cruz, all 18, were inside a 2006 Nissan sedan, according to the Yonkers Police Department.

Just after 9:20 p.m., authorities tried pulling over the driver of an Infiniti sedan driving in an "erratic manner," police said.

The motorist, who was also killed, was identified as Devon Haywood, a 36-year-old Mount Vernon resident. He appeared to pull over, then accelerated and drove "beyond reckless speeds," said.

Haywood had a history of reckless driving, authorities said.

As the Nissan packed with teenagers was making a right turn at an intersection, Haywood collided with it, splitting the Nissan in half. All four teens were ejected and died at the scene.

Haywood was taken to a hospital where he later died.

In a statement, Yonkers Mayor Mike Spano called the deaths "nothing short of tragic."

"Four young lives were cut short by the recklessness of one individual," he said. "Let this be a lesson to all who drive at excessive speeds – it not only puts your life at risk but also the innocent lives with whom you share the road."

The department said it was not in a high-speed pursuit at the time of the deadly collision. Surveillance video posted to the police department's Facebook page appears to show a white car speeding through an intersection. A police vehicle is seen a fair distance behind traveling at a moderate pace.

"Our officers are trained to assess every situation and in this case disengaged and did not pursue to avoid this exact type of outcome," Yonkers police Lt. Dean Politopoulos said. "The sector car was approximately 15 seconds behind and not in emergency mode."

Sierra, Brisbane and Watkins graduated from Saunders Trades and Technical High School earlier this year. Cruz was a graduate of Riverside High School. Both schools and the Yonkers Public Schools district expressed condolences for the former students Wednesday.

An investigation into Tuesday's events is ongoing.