‘Tomorrow I’m going to the United States; I don’t know if I’m going to come back’: Tragic final words of Salvadoran boy, 8, who was ‘killed’ with his parents by smugglers the family paid to bring them to America

Joshua Tejada was not quite sure he would ever return to El Salvador as he, his parents and his uncle’s wife were set to take off for the United States. The eight-year-old had only one wish, for his pet parrot to be taken care of.

The family’s search for the American dream was tragically cut short when police discovered the bodies of Tejada, his mother Yeni Dubón, his father Medardo Tejada and Dubón’s sister-in-law on the side of a road in the Salvadoran Pacific port city of La Libertad on Sunday morning after they were reportedly killed by the smugglers who they contracted.

‘Tomorrow I’m going to the United States; I don’t know if I’m going to come back,’ a neighbor recalled the boy saying, according to digital outlet ElSalvador.com. ‘Please take care of Estrellita.’

Neighbors in Nueva Concepción, Chalatenango, recalled speaking to the family, who had told them that the smugglers had asked them to meet at a local gas station at 4am. But for reasons unknown, the meetup time was changed to 1am.

The bodies of the boy and his parents were discovered the next day lying next to each other over a patch of dirt surrounded by shrubs 62 miles away in La Libertad.

Dubon’s sister-in-law, who has not been named by authorities, was lying nearby. 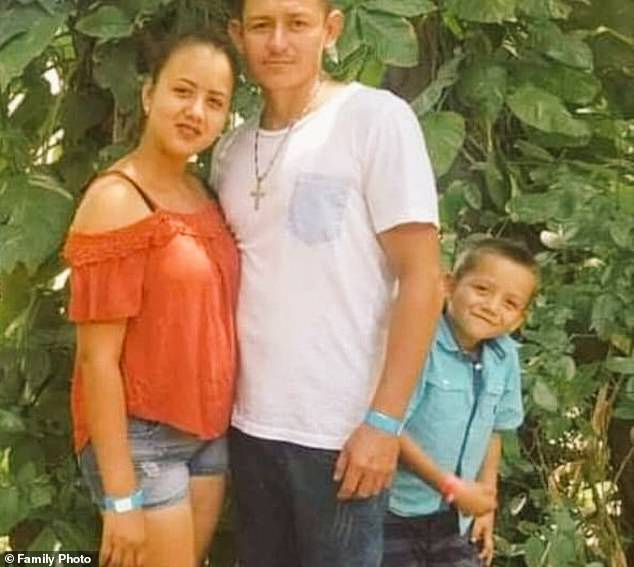 Yeni Dubón (left), her husband Medardo Tejada (center) and the couple’s eight-year-old son Joshua Tejada (right) along with Dubón’s sister-in-law were found dead Sunday in La Libertad, El Salvador. The family had contracted the services of smugglers to help them get to the United States, according to Salvadoran digital news outlet ElSalvador.com. No arrests have been made 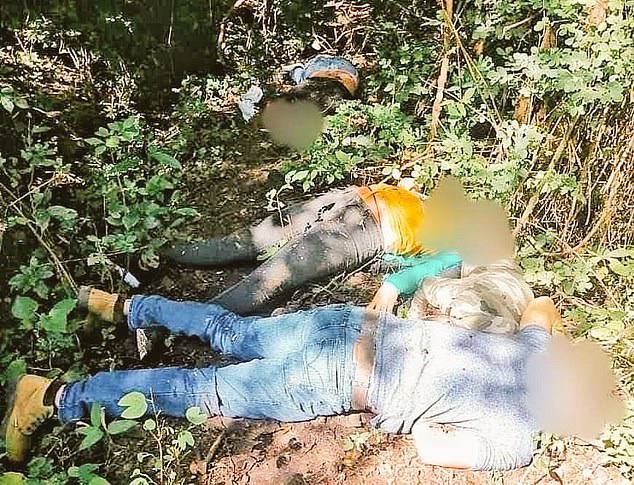 The bodies of Yeni Dubón, Medardo Tejada, Joshua Tejada, and a four person identified as Dubón’s sister-in-law were discovered in shrubs in La Libertad on Sunday

As of Thursday, authorities had not made any arrests in connection to the shocking murders.

Residents told ElSalvador.com that the couple was looking to finally reunite with their mothers, who had migrated to the United States several years ago.

Medardo Tejada had actually been stopped on multiple occasions for unlawfully crossing the United States-Mexico border.

His recent attempt to enter the United States ended up with him spending five months in detention before he was expelled to El Salvador and vowing never try again.

DailyMail.com reached out to U.S. Customs and Border Protection to confirm the dates Tejada had been detained. 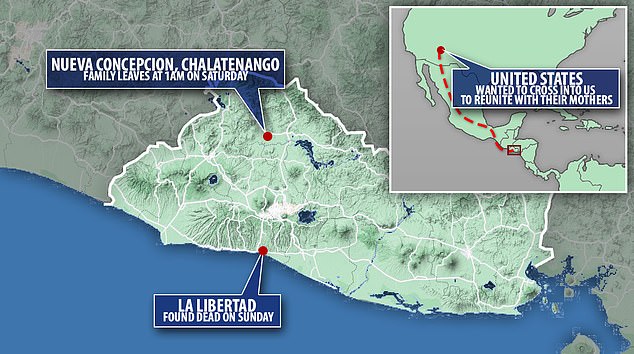 The dream of migrating to the United States ended in tragedy for four Salvadorans when they were found dead in La Libertad, El Salvador, on Sunday. Yeni Dubón, her boyfriend Medardo Tejada, the couple’s son Joshua Tejada, and a four person identified as Dubón’s sister-in-law met their smugglers at a gas station in Nueva Concepción on Saturday at 1am. Authorities have yet to make any arrests 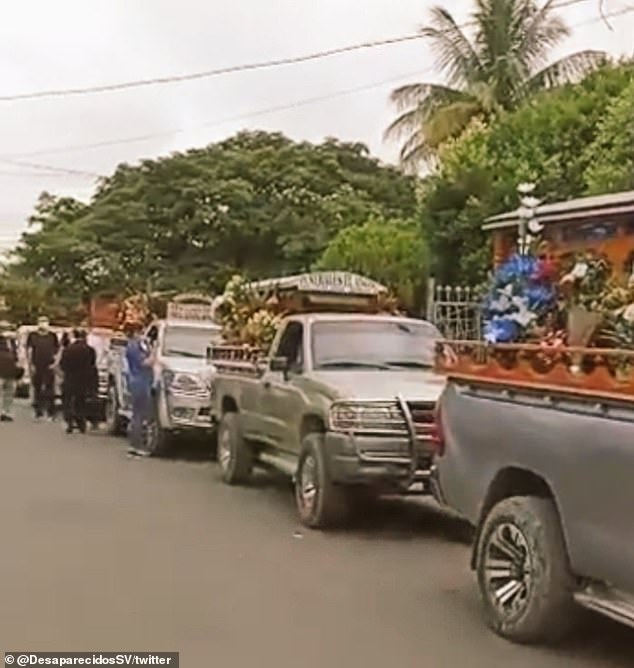 Vehicles line up with the caskets containing the bodies of four Salvadoran migrants who were killed Sunday in La Libertad, Salvador.

According to neighbors, Tejada worked as a day laborer. Dubón helped support the family by doing makeup, selling clothes and snacks.

Their son was always seen playing in the village park with other children and tagging along with his father and paternal grandfather to tend to the cows they were raising.

‘When someone is up to no good, the community always notices,’ a villager said. ‘But they weren’t; they were both fighters.’

According to the last U.S. Customs and Border Protection monthly southwestern border reported released September 16, 1,541,651 encounters for crossing the border without legal documents had been reported since October 1, 2020, the start of fiscal year 2021 which concluded September 30.

During the month of August, Border Patrol agents tallied 208,887 interdictions with migrants, including 12,656 with Salvadorans. 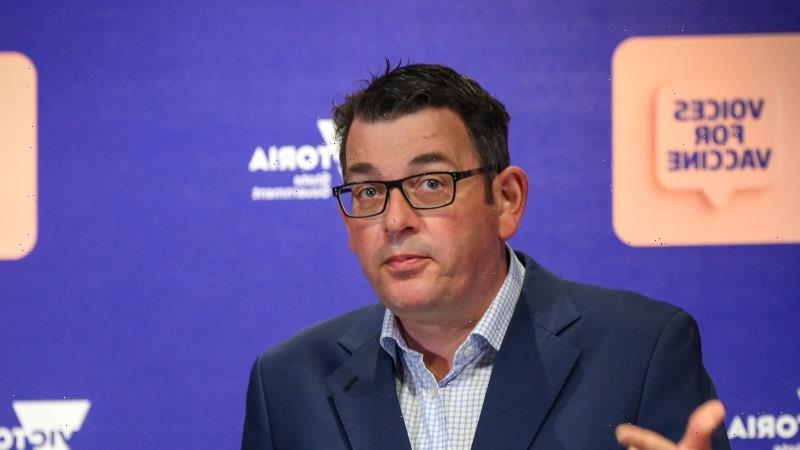