Leap into SNOW-where! Four-year-old boy jumps from second-floor window and DISAPPEARS through 3ft blanket of the white stuff

A father has shared the eye-watering moment he lets his four-year-old child jump from a second storey window into deep snow whilst his wife is out shopping.

Photographer Dominik Orth captured his son Aaron making the leap from the window of the family’s holiday chalet in Flims, Switzerland, on January 16.

In the video the fearless youngster is seen unphased by the drop below, which appears to be around 15ft (four meters) in height.

Mr Orth, who lives in Zurich with his wife Nathalie and three children; Nora, six, Aaron, four, and Tristan, one, said he had discussed the jump idea with his wife who ‘wasn’t highly delighted’.

Despite this she allowed the adventurous two eldest children to practice doing smaller jumps from a lower living room window at the Chalet.

When Mr Orth found himself home alone with the two eldest children as Mrs Orth went food shopping with baby Tristan the father spontaneously decided the time was right to film the daredevil stunt from a higher window. 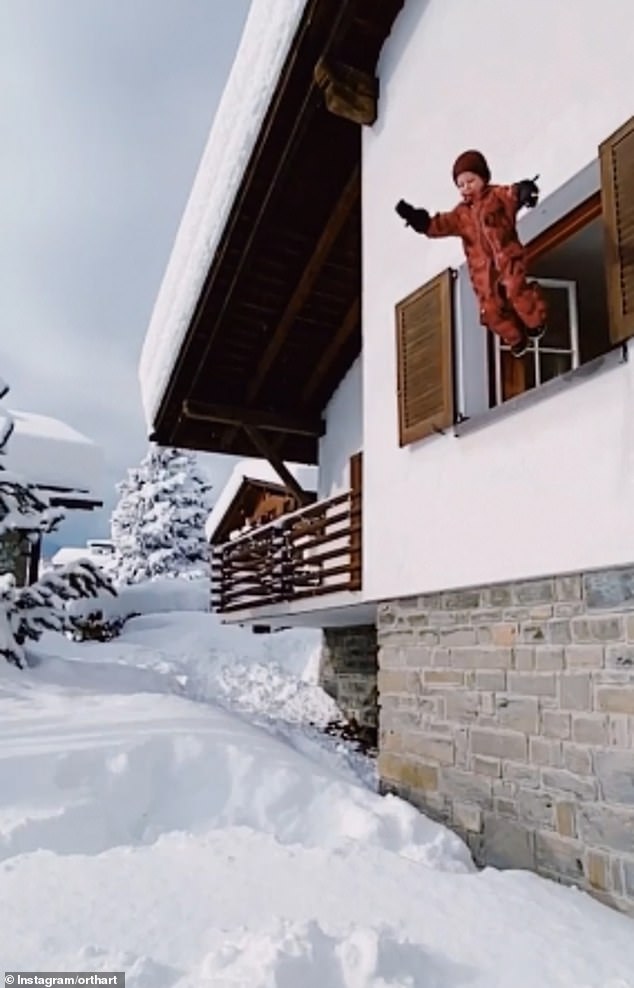 Photographer Dominik Orth captured his son Aaron making the leap from the window of the family’s holiday chalet in Flims, Switzerland, on January 16 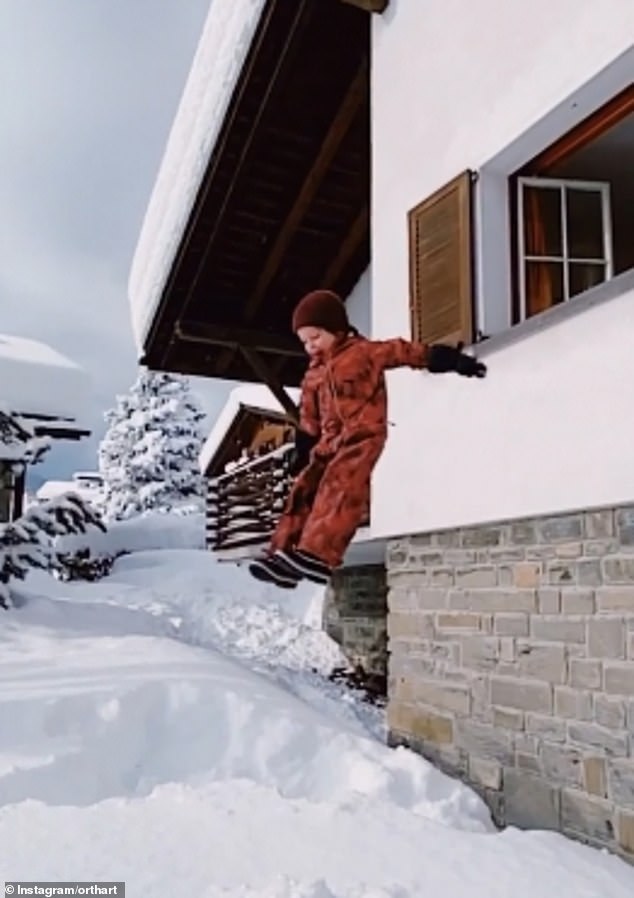 The brave youngster performs a stylish jump into the snow, which his father films in slow motion 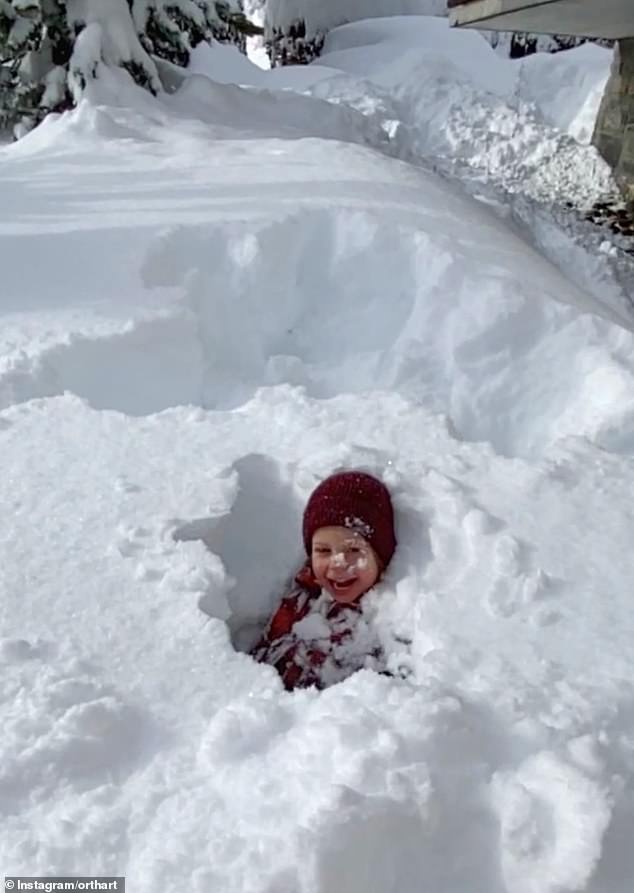 Mr Orth said: ‘We were so excited when we saw this crazy amount of snow. I can’t really remember when I saw that much snow in Flims (must be many many years ago).

‘The powder was so soft that I had the spontaneous idea to ask my kids if they wanna jump out of the living room window. As I know the ground around our house very very well I didn’t see any danger.’

Nora bravely jumped before her brother whilst her father filmed, but Mr Orth said that his son Aaron ‘brought the jump to perfection with his much cooler jumping style’. 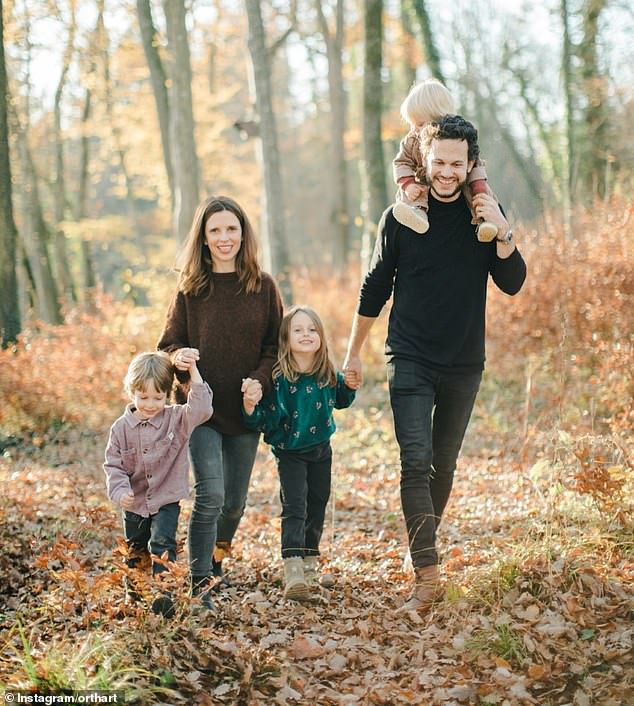 Mr Orth with his wife Nathalie and three children; (left to right) Aaron, four, Nora, six, and Tristan, one. The family lives in Zurich, Switzerland 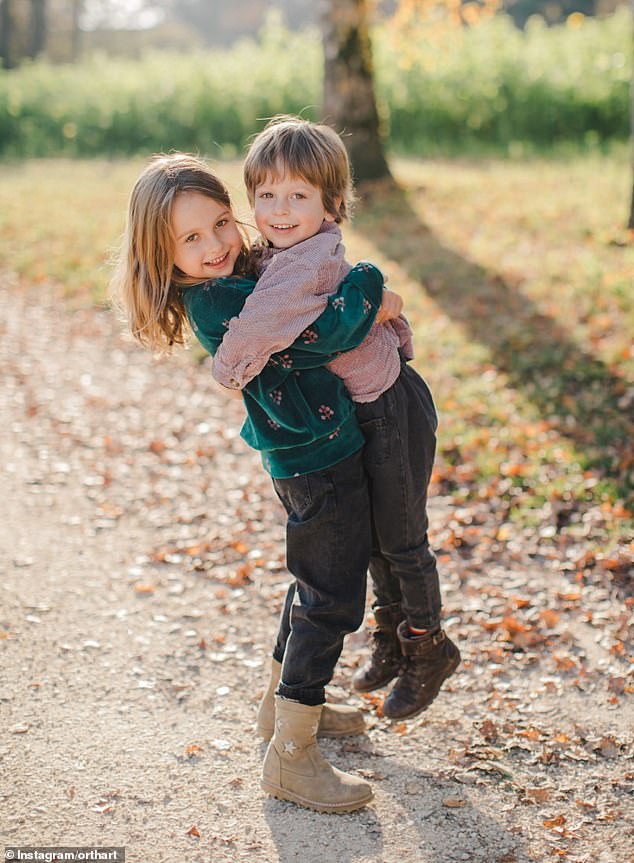 The two eldest children Nora and Aaron, who made the brave jump from the window

The father added: ‘To be honest I was quite surprised that they both did that high jump. At the end they wanted me to jump as well and I must admit that I was a bit hesitant when I stood in the window.’

Sharing the clip to social media for his first Instagram reel the photographer, who specialises in landscape, reportage and portrait, said he was surprised to find his video had gone viral with 866k likes.

The father said the chalet belongs to his grandparents, meaning has many memories of the ‘second home’ growing up and that it has been an ‘escape’ during Corona times.