London: The scope of a new roundup of Saudi royals widened on Saturday with word that a fourth senior prince has been detained under orders from Crown Prince Mohammed bin Salman, according to two Saudis close to the royal family, in a sign that he is determined to crack down on even whispers of dissent.

The wave of arrests has ensnared a former head of army intelligence, Prince Nayef bin Ahmed, as well as at least three other senior princes, all detained on Friday. The full extent of the roundup is still not clear. 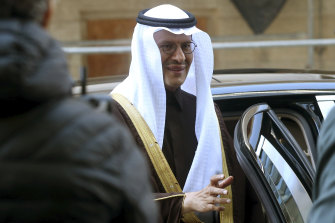 Crown Prince Mohammed, 34, has already consolidated his power as the de facto ruler of the kingdom in the name of his ageing father, King Salman, 84. But the arrests offered new evidence of how far the crown prince would go to lock down potential opponents within his family, stirring new fear within its ranks, according to several people close to the family.

The most senior family member detained was Prince Ahmed bin Abdulaziz, the father of Prince Nayef and the last surviving full brother of King Salman. The arrests of both father and son stunned the royal family because Prince Ahmed's closeness to the king had so far appeared to provide him a measure of immunity.

The detentions also raised questions about whether the crown prince might have feared a plot against him within the family, or that he might be seeking to shut down potential opponents as he prepares to take full power from the ageing king.

"It is surprising he would move on Prince Ahmed with the king's authority still there," said Kristin Smith Diwan, a scholar at the Arab Gulf States Institute in Washington.

But two supporters of Crown Prince Mohammed who are close to the royal court insisted on Saturday that he had merely lost patience with members of the family he has long distrusted. Those two people and a third person who is close to some of the princes who were arrested said the crown prince had heard reports that they were complaining about him in family gatherings. All spoke on condition of anonymity for fear of reprisals.

There were no hints of an imminent succession, a former American government official who tracks Saudi Arabia closely said, adding that the king appeared to have signed off on the orders to arrest his younger brother.