The protests have come following a breakdown in the talks between the French government and trade unions over pension reforms. Police have been using tear gas in an attempt to control the protesters. Today marks the 38th consecutive day of strike action against the country’s controversial pension reforms.

The government has said that the new age of retirement of 64 would help to fill the pension deficit as people live longer.

Prime Minister Edouard Philippe says the reform must result in a balanced pension budget and that raising the retirement age is the best way to achieve this.

France spends the equivalent of 14 per cent of GDP on pension payments.

Unions have demanded protests across the country as to keep the pressure on the government and to change their pension reforms. 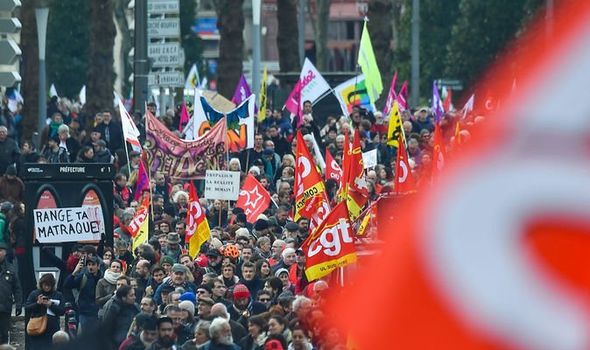 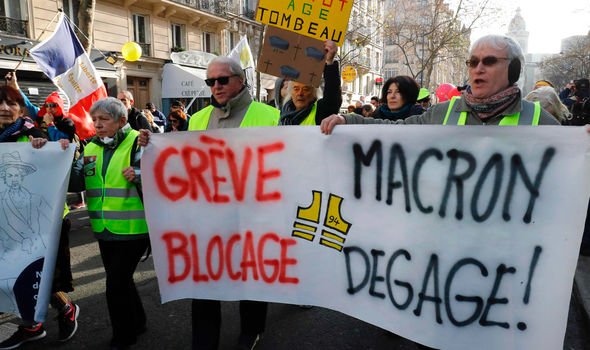 One protester in Toulouse said to French newspaper Le Monde: “We have been coming since November 17, 2018 and in ten years we will still be there.

“With this pension reform, Macron takes us for idiots, our kids will have less than us, it’s scandalous.”

In Marseille, a flame will be lit to give recognition to the retiree who was never able to enjoy their retirement.

A video of the protest in Nantes has emerged on social media showing thousands of people in the city marching with their flags. 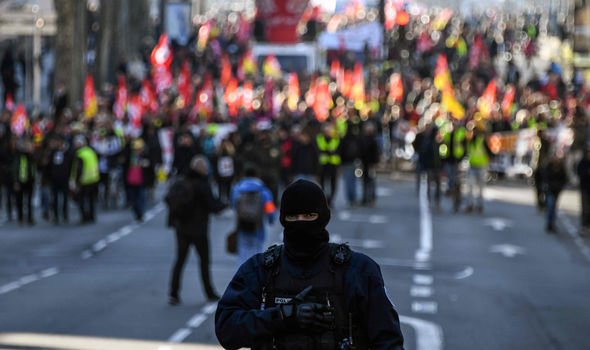 Acts 61 of the yellow vest movement started in the capital’s 13th arrondissement and merged with a pension rally today.

Only four out of five TGV trains will be working this weekend due to the strike action. 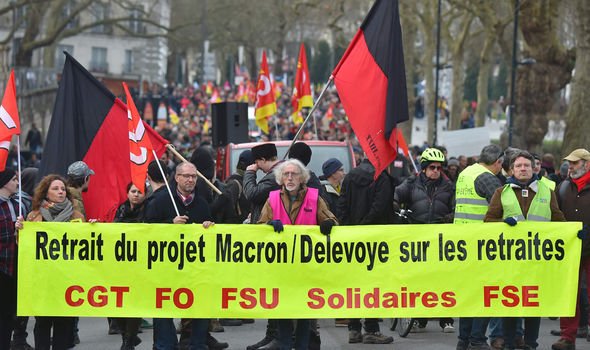 The protest have also sparked chaos across the country’s eurostar trains.

President Macron is under pressure to listen to the demands of the protesters.

The protesters have managed to get more than two million euros in donations since their movement began.