French bulldogs bred with 'deformed' flat faces will be penalised

Dog shows will mark down French bulldogs bred with extremely flat faces that risk their health in new measures being introduced by The Kennel Club.

The dog welfare organisation has introduced stringent rules on breeding standards and updated its guidance in an effort to tackle the growing problem of ‘Frenchies’ being bred with ‘deformed’ features to make them look ‘cute’.

Under the new rules, which were introduced yesterday, the brachycephalic breed will need to display a well-defined muzzle that should also ‘be clearly viewed in profile’.

The guidance also states that the canine’s nostrils should be ‘visibly’ open, The Telegraph reports.

It comes after researchers found demand for ‘flat-faced’ puppies such as French Bulldogs and Pugs, which have been favoured by celebrities in recent years, had soared during the coronavirus pandemic, with searches for them increasing by 225 per cent during April and May 2020. 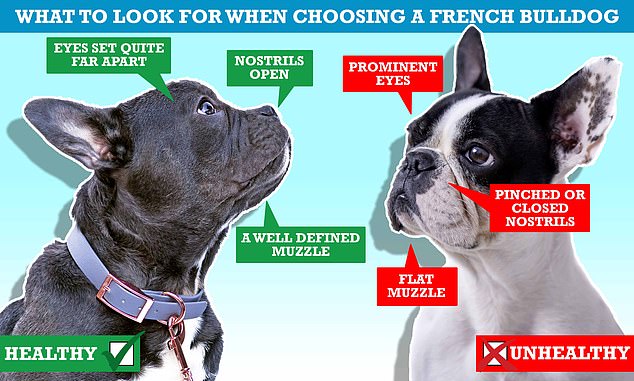 Bill Lambert, health and welfare expert at The Kennel Club, said: ‘Certain health problems in French Bulldogs have been impacted by their huge increase in popularity, and we continue to be extremely concerned that exaggerations which are perceived to create a ”cute” look or sound, have gradually become seen as normal and even desirable.

‘All breed standards are regularly reviewed, informed by ongoing breed-specific health data, and are explicit that any physical exaggerations should be avoided.

What to look for when choosing a French bulldog?

– Make sure the nostrils are visibly open

– Ask if the puppy has been checked by a vet

– Avoid a dog which has an exaggerated flat muzzle

– The Kennel Clubs has also said when buying a puppy, or breeding, it is important to know what health issues may be found in your breed

– To tackle these issues the organisation recommends that breeders use DNA tests, screening schemes and inbreeding coefficient calculators to help breed the healthiest dogs possible

‘These changes to the French Bulldog breed standard aim to ensure it cannot be misinterpreted and that dogs are bred with their health and welfare as the absolute priority.

‘Whilst breed standards are not really a reference point for the vast majority, we hope these amends send a strong message about the importance of ensuring that the puppy that you buy does not have exaggerated features.

‘We hope that this, alongside our Respiratory Function Grading Scheme for breeders and owners – and the further research into brachycephalic health which we’ve committed to with the University of Cambridge – will help to improve and protect the breed’s health.’

Dr Laura Hamilton, veterinary surgeon and French Bulldog Breed Health Coordinator added: ‘Many people love owning French Bulldogs, but it’s crucial that the public are aware of the breed’s complex health concerns and prioritise health over what they might think looks ”cute”, and that breeders do all they can to produce healthy puppies.

‘Although these changes to the French Bulldog breed standard are important, these days social media can often be influential on the way that dogs are bred to look, so we urge any would-be owners to fully research the breed before making any decisions, speak to experts, and find a responsible breeder who health screens their dogs.’

Brachycephalic dogs, also known as ‘flat-faced’ due to their short muzzle, can suffer from a number of health problems including, eye, spine and skin issues.

The soft tissue in the nose and throat of some of these dogs can also make it difficult for them to breathe normally – causing heavy panting or noisy breathing.

But the Brachycephalic Working Group (BWG) has said the rise in demand for these dogs has created one of the most pressing welfare issues for dogs in the UK.

Last year statistics from PDSA, released by the BWG, showed that Google searches for ‘buying a puppy’ increased by 175 per cent in just one month of UK lockdown compared to the average. 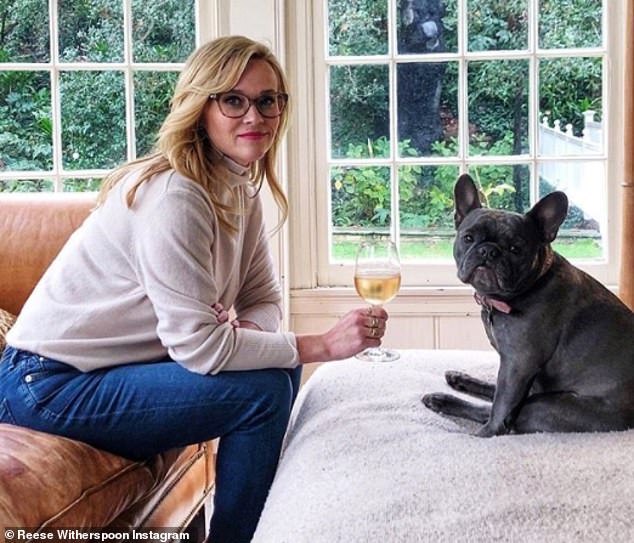 In recent years the breed has seen a soaring popularity among celebrities, including Reese Witherspoon (pictured with her dog Pepper) 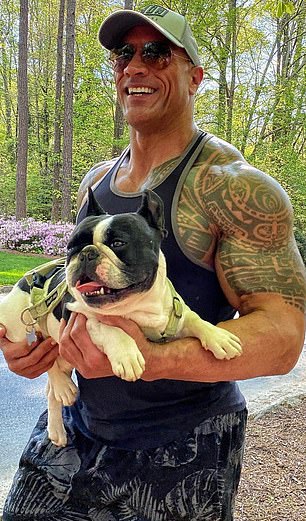 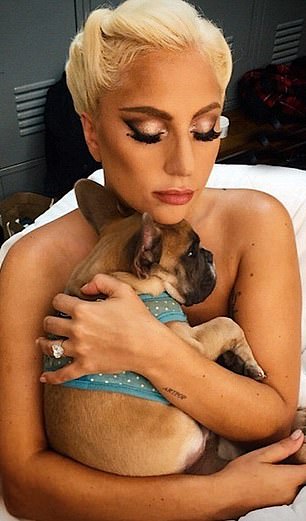 Searches for French Bulldog puppies via the Kennel Club’s ‘Find a Puppy’ tool also increased by 225 per cent during April and May 2020, as people stayed home, compared to the same time last year.

Data by The Kennel Club also showed the surge in registered French Bulldogs had increased by 1,682 per cent since 2010.

The BWG has previously warned that this increased demand for flat-faced puppies fuelled by the pandemic could worsen the already serious health and welfare crisis faced by these breeds.

And in 2017, the the organisation penned an open letter to advertisers urging them to avoid using flat-faced dogs as promotional aids in the media.

Speaking on the recent measures Dr Dan O’Neill, Chair of the Brachycephalic Working Group commented: ‘The BWG welcomes the amends to the French Bulldog breed standard, having worked collaboratively to put forward suggestions based on scientific evidence.

‘These changes show that all breeds can, and must, evolve to redress any serious health issues associated with conformation.

‘We encourage would-be owners to place good health, welfare and temperament above human desires when choosing a breed and we urge more people to ”stop and think before buying a flat-faced dog”.’