Men who wolf-whistle or sexually harass women on French streets face fines of up to €750 (£655) under new laws approved by parliament.

Fines were originally €90 (£78) when proposed last year but shot up nearly tenfold with on-the-spot penalties now only starting at that amount for minor offences. 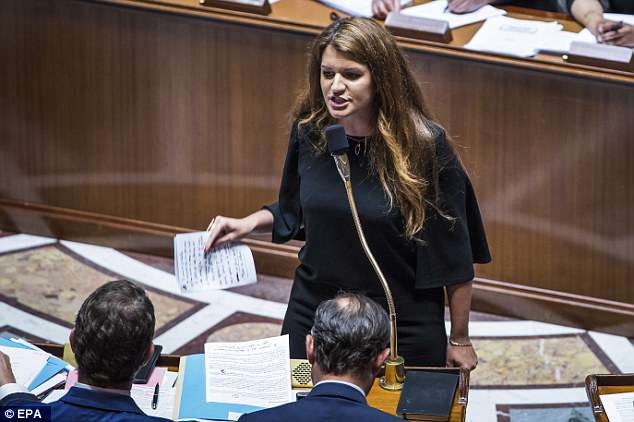 This includes sexual harassment on the street, cat-calling and aggressively lecherous behaviour by either sex to ensure ‘women are not afraid to be outside’.

It covered anything that ‘infringes the freedom of movement of women in public spaces and undermines self-esteem and the right to security’.

Also in the firing line were ‘comments, behaviour or pressure of a sexist or sexual character that is degrading, humiliating, intimidating, hostile or offensive’.

The laws came amid a worldwide wave of sexual assault allegations against men in business, entertainment and politics, which sparked online protest movements.

The issue was heightened on public transport in major cities, with women opting to wear trousers instead of skirts for fear of being groped.

A stream of women have come forward to say how they have been sexually assaulted in shops, on the metro and on the streets of Paris, since the law was proposed. 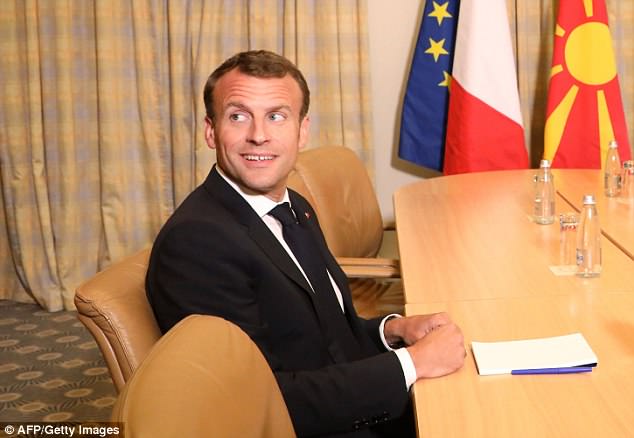 It is the brainchild of France’s Secretary of State for Equality Marlene Schiappa, who lobbied for what she described as the everyday sexism in France to be addressed.

‘It’s that moment when a man is walking behind a woman, talking to her, and the woman can do nothing, because she’s alone,’ she said last year.

‘She doesn’t scream for help, because she thinks, ‘It’s not that bad, I’ll walk, I’ll escape.’

Some critics mocked the harassment measures as an end to French romance and others said it would be impossible to enforce.

During Wednesday night’s debate, far-right MP Emmanuelle Menard denounced the legislation as a ‘witchhunt against men’ that outlawed ‘a certain bawdy behaviour which cannot be compared to harassment.’ 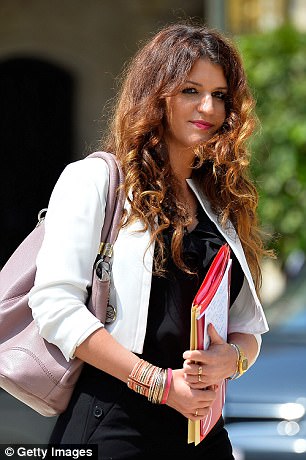 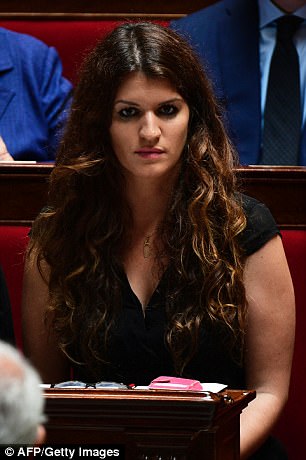 Ms Schiappa last year said the government was not looking to stamp out flirtatious behaviour and ‘kill the culture of the French lover’, but simply looking to establish that consent was key

Ms Schiappa last year said the government was not looking to stamp out flirtatious behaviour and ‘kill the culture of the French lover’, but simply looking to establish that consent was key.

However, a proposal to change age of consent laws to protect minors in rape cases was diluted after the highest legal authority, the Council of State, weighed in to warn it could be ruled unconstitutional.

Ms Schiappa wanted to change age of consent laws so that minors under 15 who have sex with adults over 18 would be presumed not to have given consent.

The measure was aimed at facilitating convictions, after a case where a man in his 20s was cleared of rape for having sex with an 11-year-old girl because there was no evidence she was coerced.

However, the court said the bill’s automatic assumption of coercion might be unconstitutional.

Legislators responded by tweaking it to say sex between under 15s and an adult was rape if the victim ‘lacked the necessary discernment to consent’.

Opposition lawmakers and some women’s rights groups decried that change as watering down the measure, though government ministers said the bill would still make it easier to obtain rape convictions.

The new legislation will also give underage victims of rape an extra decade to file complaints – 30 years from when they turn 18, up from 20 years now.

The legislation will now be debated in the Senate.