French security forces today destroyed two illegal migrant camps in Paris – evacuating some 1000 mainly young men in the process, including some who want to get to Britain.

CRS riot police arrived at the normally picturesque Canal Saint Martin, in the east of the capital, soon after dawn, with orders to move anybody found sleeping rough.

Scores of charity tents had been pitched alongside the water, causing a safety and public health hazard, but they were soon removed.

Then some 600 Afghans – some English speakers who want to settle in the UK – were bused to ‘processing centres’ on the outskirts of Paris. 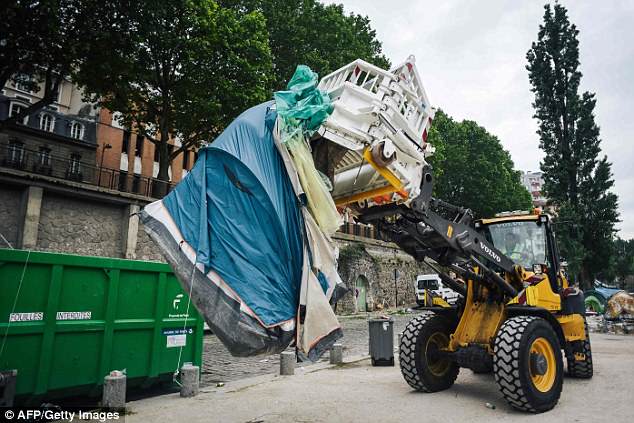 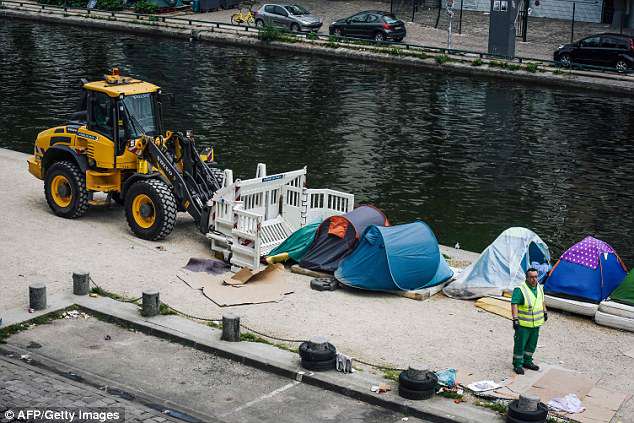 More than 500 migrants and refugees were evacuated on early June 4, 2018 from a makeshift camp that had been set up for several weeks along the Canal

Another camp some two miles north of the canal, in the Porte de Poissonniers, was also ‘evacuated’, according to local police, as some 400 mainly Africans were moved on.

‘There was no resistance in either case – those involved cooperated fully,’ said a charity worker at the scene.

‘The migrants are being taken to temporary centres – mainly gyms – and then officials will help them work out their next move.’

Two men drowned in the canal last months, and others have been injured in fights between rival gangs – so increasing pressure on the authorities to act.

Most of the migrants come from Sudan, Somalia and Eritrea, and have made dangerous journeys down through Africa before taking boats from Libya to the European mainland. 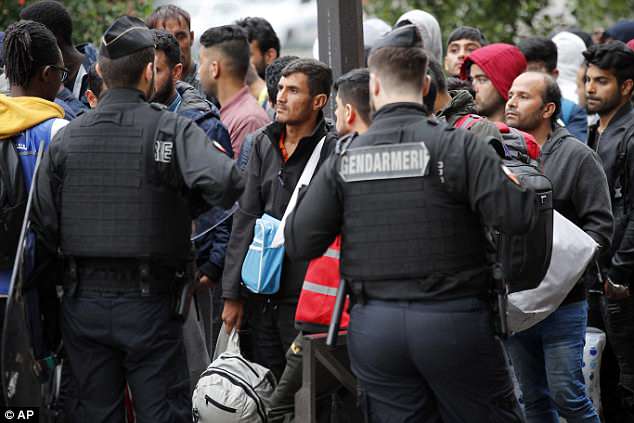 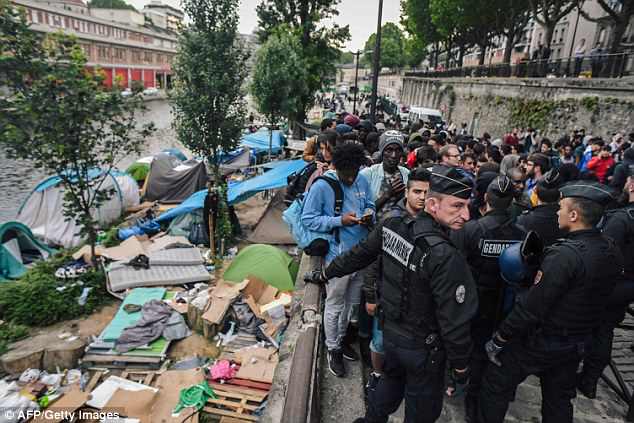 Scores of charity tents had been pitched alongside the water, causing a safety and public health hazard, but they were soon removed 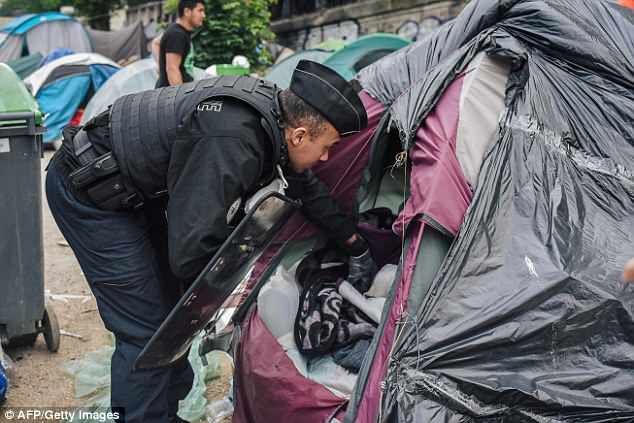 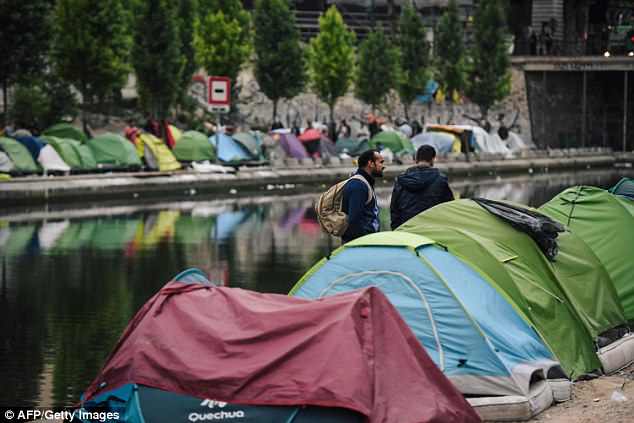 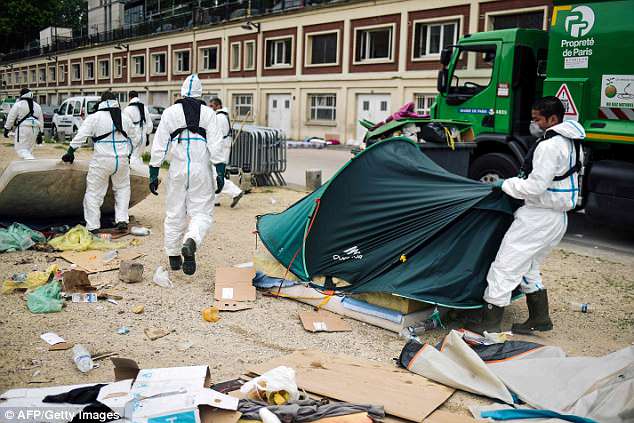 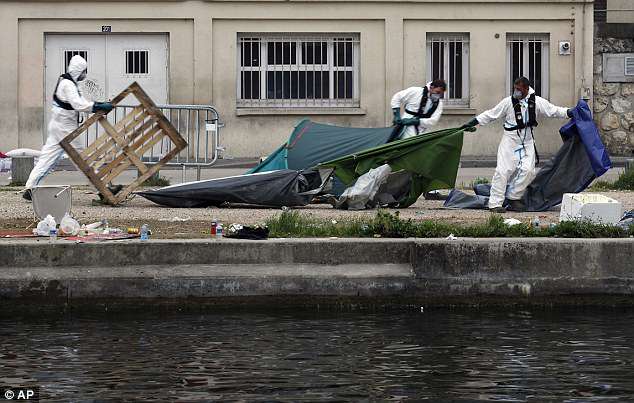 They want to claim asylum in countries such as Britain and France, claiming that they have suffered persecution or been otherwise ill-treated in their own homelands.

Today involved the 36thand 37th migrant camp evacuations in Paris in the past three years.

They followed President Emmanuel Macron’s pledge to speed up the asylum process, and to deport those who failed.

His Interior Minister Gerard Collomb announced two weeks ago that camps in Paris would be razed, in line with the demands of a tough new immigration law.

Anne Hidalgo, the Socialist mayor of Paris, has appealed to the government for more help, after removing some 28,000 migrants from camps since 2015. 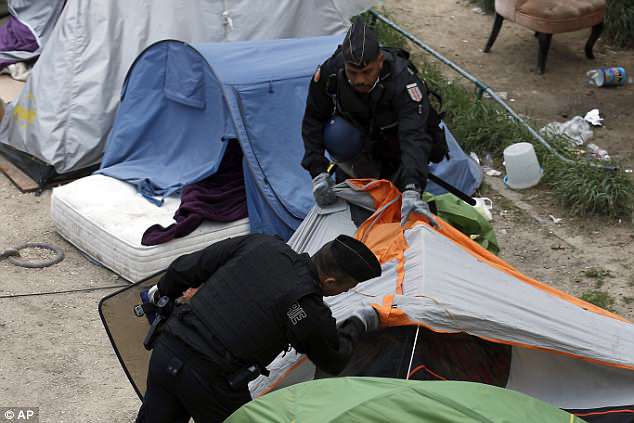 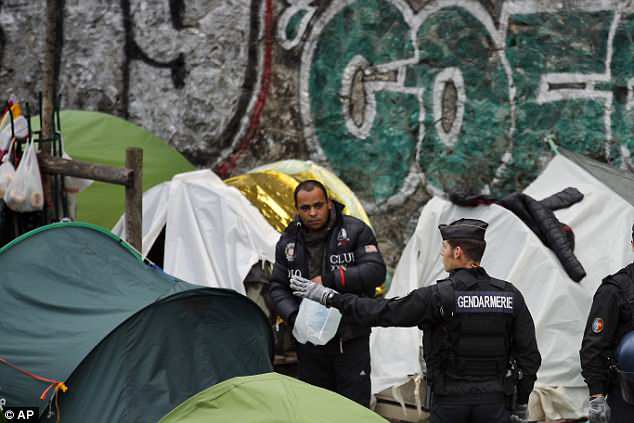 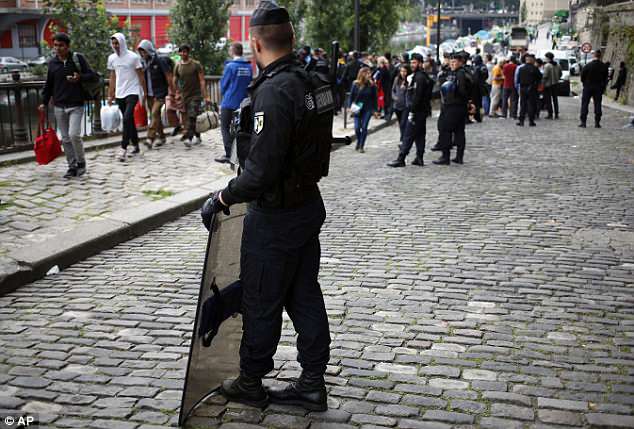 Residents and local business people based around the camps regularly complained about the camps.

The Paris authorities have blocked off parks and other public spaces, leading to the use of canal towpaths as camping sites.

Many of the migrants in Paris would previously have headed for Calais, but security has been stepped up in the Channel port town, making life far harder for those trying to get aboard ferries and trains heading for the UK. 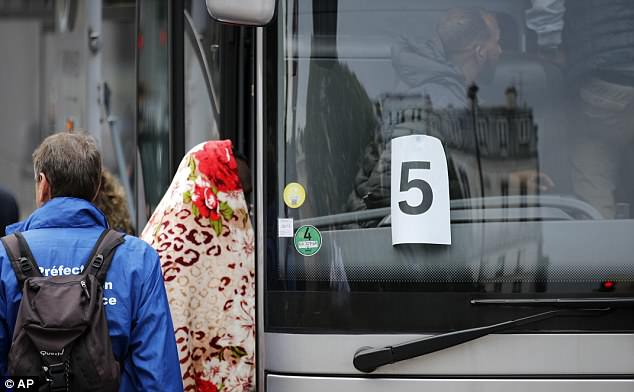 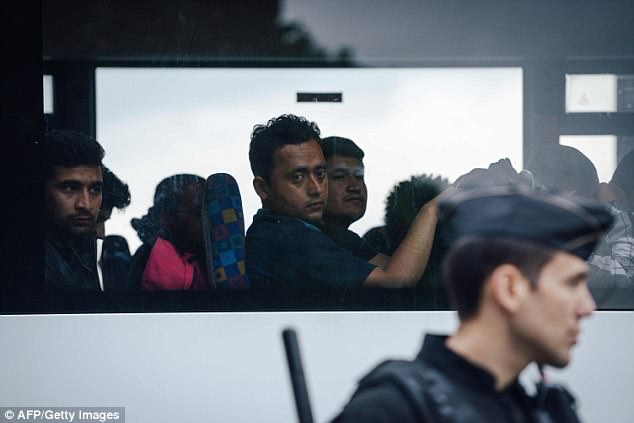 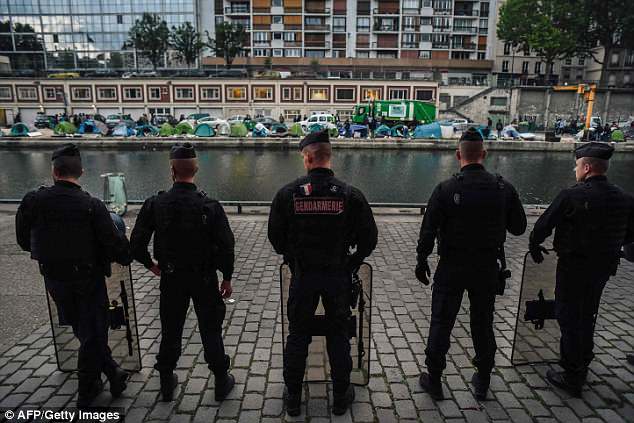