A policeman using a woman as a human shield against stone-throwing protesters in Guinea has provoked outrage.

The incident happened in in the nation’s capital Conakry, where ongoing violence has claimed the lives of 28 civilians and one police officer.

The demonstrators are protesting against the country’s octogenarian President Alpha Conde who they accuse of wanting to change the country’s constitution in order to cling to power. 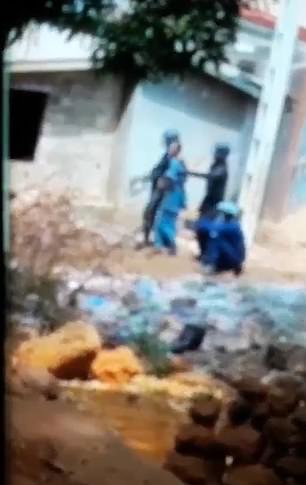 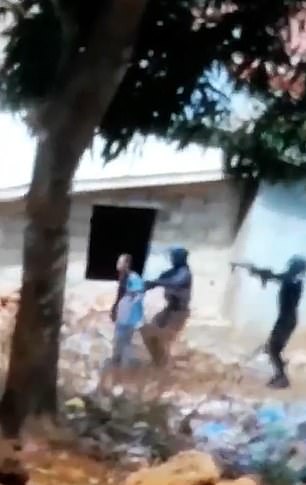 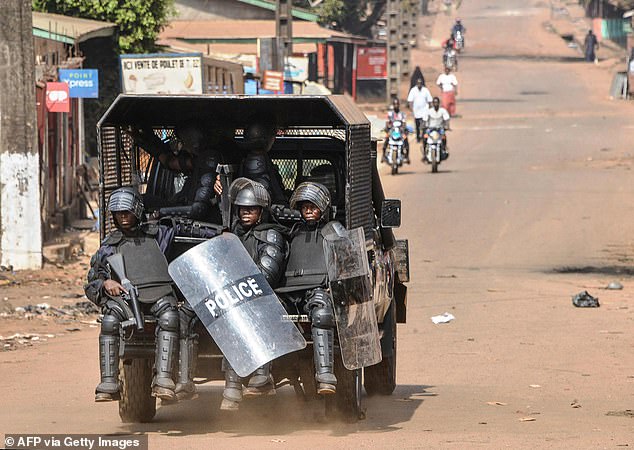 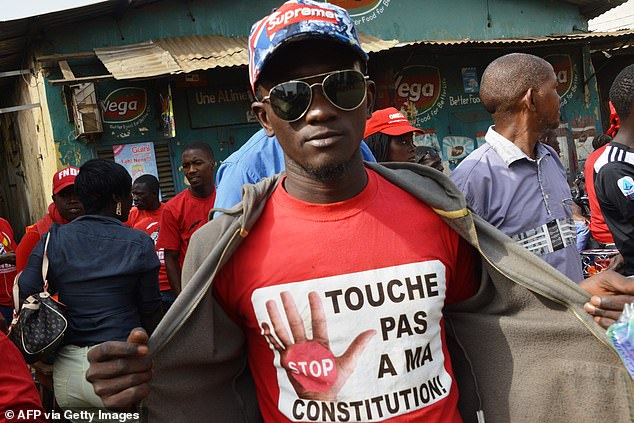 Opposition parties have accused the Guinean president Alpha Conde, 81, of trying to re-write the nation’s constitution 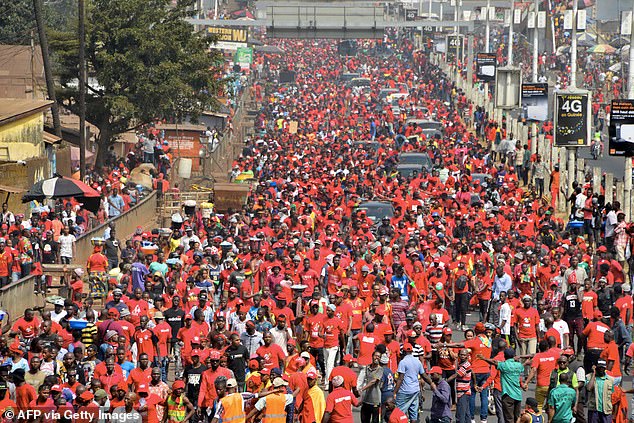 The footage, which was shot in the Wanindara district of the nation’s capital Conakry, has spread widely on social media prompting anger against security services.

The video, whose source cannot be independently verified but whose authenticity has not been contested, spread fast on social media late Wednesday.

The footage is dated as of Wednesday and gives the location as the district of Wanindara.

One of the police moves in front of the protesters, pushing a woman in front of him, apparently against her will.

After an exchange of stones and anti-riot projectiles, the police suddenly fall back. The police officer grabs the woman under his arm and after a few yards appears to be dragging her along the ground.

The video has notched up several hundred thousand views and triggered a wave of online attacks on security forces.

General Ansoumane Baffoe Camara, director general of Guinea’s national police force, told AFP that the main figure in the video had been arrested. He gave no further details.

The woman in the video told local media that she was injured in the incident and went to hospital for treatment and then went home. 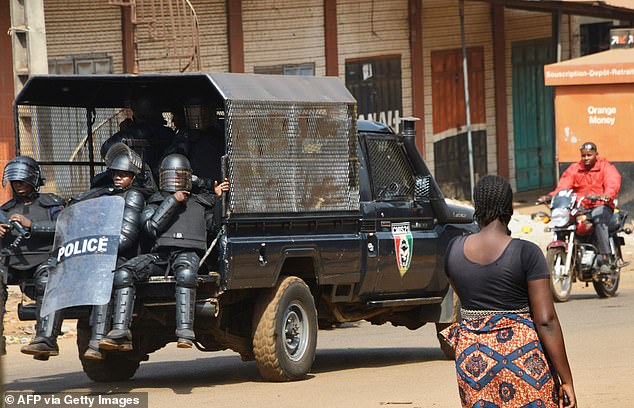 Accusations of brutality have been made against some security forces

Guinea has been battered by months of political turmoil, triggered by suspicions that President Alpha Conde, 81, wants to change the constitution in order to stay in power.

At least 28 civilians and one gendarme have died, according to an AFP tally.

The National Front for the Defence for the Constitution (FNDC), which is organising the protests, led the criticism on social media Thursday.

The video, it said on Facebook, added to a litany of abuses by the security forces – ‘firing on people in cemeteries, places of worship, even on ambulances’.

‘Now Alpha Conde’s militia (is carrying out) hostage-taking,’ it charged.

The security ministry on Thursday said it was ‘completely unacceptable for innocent people to suffer from operations to maintain order’.

It said investigations had been immediately launched into ‘recently recorded cases’ and any policeman in the wrong would be ‘sought out and punished.’

In November, Amnesty International said that 70 demonstrators or passers-by had been killed in rallies since 2015 and attacked what it called the ‘impunity’ of the security forces.