Police in Florida were seen dropping off a pink envelope at the home of missing Long Island woman Gabby Petito‘s boyfriend — as authorities say they’re preparing for the possibility that something “sinister” has happened to her.

Petito, 22, was last known to be in Wyoming’s Grand Teton National Park in late August while on a cross-country road trip in a converted van with her boyfriend, Brian Laundrie, who has since returned to his home in North Port, Florida.

Exclusive photos obtained by The Post show cops dropping off an envelope outside Laundrie’s home.

North Port police said they attempted to talk to Laundrie, but were rebuffed by his parents, who put them in touch with his attorney.

“We talked with his parents, who did not make him available,” North Port police spokesman Josh Taylor told The Post.

Taylor denied a report that authorities had made contact with Laundrie directly.

“We would love to [talk to him]. He certainly has whatever rights he has available. We will see how it goes, we are roughly 72 hours into this,” he said.

Taylor said he wasn’t aware of the envelope dropoff Tuesday.

Meanwhile, police have seized the converted van the couple had been traveling in from his home.

“It’s here at the police department. It will be processed with the FBI,” Taylor said. 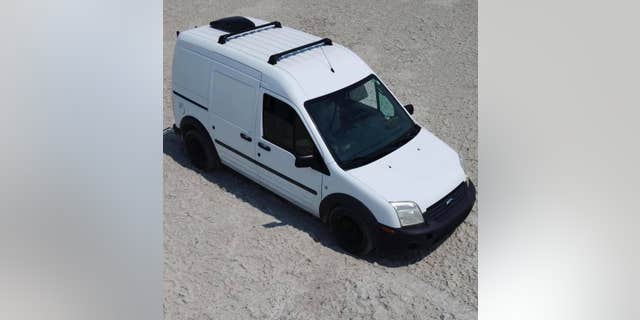 The couple converted this 2012 Ford white van into a camper while on Florida earlier this year.  (Joey Petito)