The FBI on Tuesday afternoon confirmed that the remains investigators discovered on Sunday in the Teton-Bridger National Forest belonged to missing 22-year-old woman Gabby Petito.

“Teton County Coroner Dr. Brent Blue confirmed the remains are those of Gabrielle Venora Petito, date of birth March 19, 1999. Coroner Blue’s initial determination for the manner of death is homicide. The cause of death remains pending final autopsy results,” the FBI tweeted Tuesday with a statement from the Jackson, Wyoming, coroner.

The FBI and local law enforcement agencies were searching for Petito over the weekend in a remote campsite area on the border of the national forest and Grand Teton National Park. Remains discovered on Sunday were transported to Blue’s office for an autopsy, which he performed on Tuesday. The final report nor the exact cause of death have been released.

“The FBI’s commitment to justice is in the forefront of each and every investigation,” FBI Denver Special Agent in Charge Michael Schneider said in a statement. “The FBI and our partners remain dedicated to ensuring anyone responsible for or complicit in Ms. Petito’s death is held accountable for their actions.” 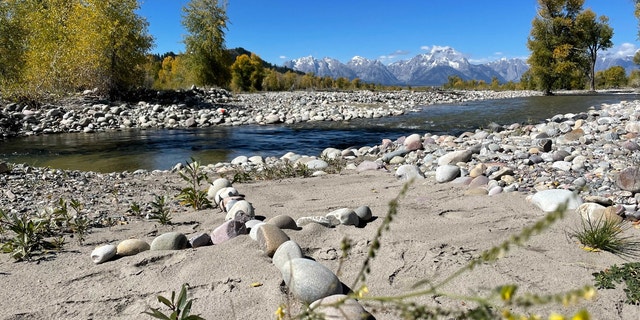 Petito and her 23-year-old fiancé, Brian Laundrie, were traveling from New York to Oregon in a white 2012 Ford Transit van that they converted into a camper. Tipsters have suggested the pair was last seen together in late August in Wyoming near Grand Teton National Park.

Petito’s family reported her missing on Sept. 11, weeks after she last spoke with her mother in late August.

Laundrie returned home to North Port, Fla., where the couple lived with Laundrie’s parents, 10 days earlier on Sept. 1 with no sign of his fiancé. Authorities recovered the van on Sept. 11, and began a forensic examination of the vehicle on Sept. 14.

“May she rest in peace,” Laundrie family attorney Steven Bertolino said in a statement reacting to news of Petito.

The FBI continues to seek information about the homicide. Anyone can submit helpful information to submit to the FBI at http://tips.fbi.gov, 1-800-CALL-FBI or 303-629-7171.