When Mark Higginbotham was a boy growing up in Castle Hill in Sydney’s west in the 1970s, then a sleepy country town, he dreamed of becoming a cop, inspired by his dad’s best friend, Joe, a retired inspector and larger-than-life character highly respected in the area.

“He was the Santa Claus in the shopping centre every year and quite famously, as a retired police officer, made a citizen’s arrest of someone who stole his donations,” Higginbotham recalls with a chuckle. “It was Joe who led me to see policing as a way of making a social contribution, who was a referee on my application for the NSW police.” 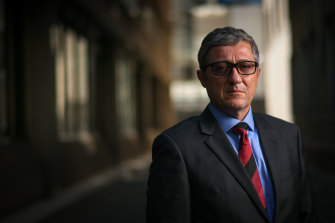 After completing his training at the Redfern Academy (“we were one of the last groups to go through that facility”) Higginbotham went to Windsor police station and enrolled in law, aiming to work as a police prosecutor. “Because I was headed towards the courts, I figured I needed a fast, street-wise education and so volunteered to go to Darlinghurst Police Station. I was a naïve boy from the suburbs and was soon shocked by what I saw.”

The notorious former police officer, Roger Rogerson, was based at the station at the time, but the now-familiar stories of protection money, pay-offs from crime bosses and cops on the take at Darlinghurst, Surry Hills and Kings Cross police stations have missed another, arguably more significant story: how police were allegedly bashing gay men. Higginbotham was witness to this at one gay beat in Moore Park.

“The thing that was most disturbing initially for me was the baton charging I saw occur maybe five times at Moore Park,” Higginbotham recalls. “I can remember walking across the park behind the fast-advancing police, seeing them surge forward with batons and hearing physical confrontation in the toilet blocks. I recall men running – not everyone was in the building – and yelling that the police were advancing.”

At first Higginbotham assumed the police were targeting muggers, as street crime was common in Darlinghurst and Surry Hills at that time. “But after this happened a few times I realised the exclusive target of these operations were men gathering for public sex. And I feel a deep sense of shame to have been part of it, even if I never participated in any of the violence myself.”

Higginbotham’s recollection is that up to 10 policemen in three to five cars took part in these assaults, strongly suggesting the involvement of officers from more than one station, but he can’t remember the assaults ever being discussed at Darlinghurst station. “I was never part of any debrief,” he says. “If police were involved in a violent confrontation of that kind, it was quite routine to check in with each other’s recollections, but not on this.”

During his time at Darlinghurst, NSW Police changed the form of baton that was standard issue for street policing. “Up until then the standard weapon was a rubbery truncheon; but in 1983, a different weapon was adopted, a 70cm long piece of aluminium tubing. The memory of police holding those things, walking across the grass, has stayed with me all these years.”

Higginbotham was mystified by the anger directed towards gay men by these officers, “which isn’t what you would have expected in the middle of a gay area”. The depth of that anger became abundantly clear to Higginbotham when he arrested a man for a gay bashing that happened only blocks away from the station. He saw the victim outside the station, bleeding and dishevelled, as he pulled up in a police car. “I do remember thinking he was gay and asking him what had happened. Then I asked him if he felt well enough to identify his attacker, so he jumped in the back of the car and we drove around the neighbouring streets in a random patrol. Pretty quickly the victim pointed out ‘that’s him’ and my partner and I approached his alleged assailant. A violent scuffle followed – we had the attacker on the ground before handcuffing him – and radioed for a transport vehicle.”

But it was what happened back at the station, as Higginbotham presented the suspect to the charge crew and filled out a fact sheet, that would become forever burned into his mind. The managing sergeant of the shift began screaming at Higginbotham in a protracted rage that “we don’t arrest people for poofter bashing” in front of all his colleagues. “It ended with me standing there, like a child, absolutely humiliated and overcome with disbelief. I had so much self-respect and pride in being a police officer, and it was stripped away from me in that moment.”

Worse followed. After the victim, the editor of a gay newspaper, wrote a positive story about Higginbotham and the Darlinghurst police, he was seen as some kind of avenger and protector for the gay community by at least two senior staff at the station, who subjected him to a soul-destroying bullying campaign, at its nastiest during the ‘tasking parade’ at the commencement of each shift, when jobs were allocated. “I was identified as a faggot – I can remember that word being used repeatedly to humiliate me: ‘who wants to work with the faggot?‘” Higginbotham was not insulted by being labelled a homosexual by his tormentors – for the record Higginbotham is heterosexual – but because they were using that word to try to demean and destroy him.

“I told my dad about what was happening, and he was very angry on my behalf and encouraged me to speak out, but at 19 I really didn’t know what to do. Who could I complain to? Anyone who rocked the boat could be set up, drugs planted in their locker or whatever. It wasn’t unusual to hear police discussing overt violence against anyone who complained.”

Higginbotham became a prosecutor in the local court system in inner Sydney before quitting the NSW Police in 1987 and moving to Victoria, where he rediscovered his desire to serve as a police officer. He has been with the Victorian police for 29 years, pioneering work in improving practices for supporting sex crime victims in the court process.

As early as next week, a decision will be made on whether a judicial inquiry will proceed into the large number of unsolved cases of suspected gay and transgender hate crime deaths between 1970 and 2010. Shayne Mallard, chair of the Upper House committee which last May tabled the results of an 18-month parliamentary inquiry, says there is now a pressing need for a judicial inquiry, perhaps conducted by a retired judge, who would have the power to call witnesses and examine evidence. The failure of the NSW Police to properly investigate these cases, he adds, means the killers and attackers have got away with their crimes.

“Time is running out on these murders and assaults,” says Mallard, who has been a victim of a homophobic assault himself. “The perpetrators, gangs mostly, still walk the streets today and they’d be my age or older. And it’s time they were held accountable for their actions. This is unfinished business for the gay, lesbian and transgender community, which collectively still mourns the crimes.” 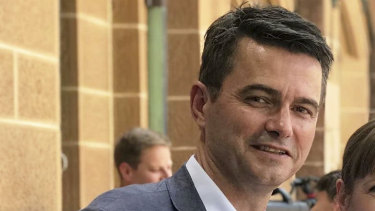 MLC Shayne Mallard. As early as next week, a decision will be made on whether a judicial inquiry will proceed into the large number of unsolved cases of suspected gay and transgender hate crime deaths between 1970 and 2010.

Former rugby league footballer, now actor, Ian Roberts, says the horrific anti-gay crime spree rolling across Sydney in the late 1980s and early 1990s contributed to his decision to postpone his coming out as gay (he had planned to come out at the end of 1989 football season, but didn’t finally do so until 1994). 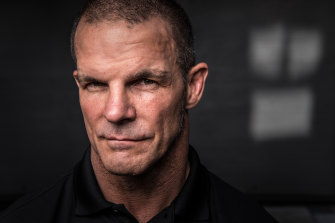 Ian Roberts delayed coming out partially because of the gay bashings and murders occurring in Sydney.Credit:Wolter Peeters

“The public backlash against soccer player Justin Fashanu (who came out in October 1990) also made me hesitate,” says Roberts. “I witnessed bashings during that period and was myself the target of attacks when I was out with gay friends on Oxford Street. If someone my size could be attacked, anyone could be.” A public acknowledgment of past wrongs via a judicial inquiry, adds Roberts, will finally allow “our community to heal”.

Higginbotham recalls there was a time when his father, and his dad’s best mate Joe, regretted encouraging him to join the police force. “There was so much corruption and they probably thought I didn’t have the life skills to survive it,” he recalls. “But I’m grateful they encouraged me into community service, and with the exception of that dark chapter, I’ve been able to become the man they wanted me to be.”

Higginbotham’s story, as well as Ian Roberts’ memories of the anti-gay crime wave in Sydney in the late 1980s, can be heard in episode five of The Sydney Morning Herald and The Age’s podcast, Bondi Badlands.