Victoria’s human rights commission intends to use the full range of its new powers to investigate church groups and other organisations engaged in gay conversion practices, including seizing documents and pursuing them in court if they do not comply with orders.

But departing Victorian Equal Opportunity and Human Rights Commissioner Kristen Hilton told The Age her office also wanted to educate faith leaders and the broader community about the harm caused to LGBTI people by suggesting there is something wrong with homosexuality. 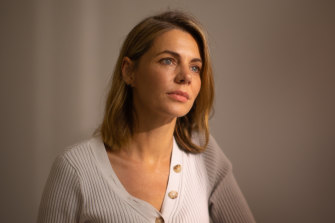 The Andrews government gave the commission wide-ranging powers as part of its ban on gay conversion practices earlier this month, and Ms Hilton said the commission would not be shy about using them.

Debate about the legislation has largely focused on criminal sanctions – including up to 10 years in jail – for anyone found to have caused serious harm by attempting to change or suppress someone’s sexuality and gender identity. But much of the impact is likely to come from the civil scheme, which gives the commission the power to conduct own-motion investigations, force people to attend hearings and comply with orders through the Victorian Civil and Administrative Tribunal, and create education programs to prevent such practices.

“I think it will make a very significant difference to people who have either gone through conversion practices, people who perhaps don’t understand them, or where those practices are still happening,” Ms Hilton said. “We’ll be working with survivor groups but will also be working with faith leaders because it’s an opportunity to create an understanding.”

While there are safeguards in the bill (sermons, for example, are still permitted), the law has sparked widespread concern that it goes too far. 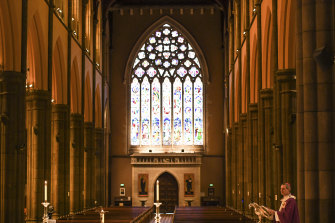 Some church groups, including the Catholic Archdiocese of Melbourne, opposed the gay conversion bill.Credit:The Age

Victorian Council of Churches president Father Shenouda Boutros said his organisation “is not against legislation that protects people from harm”, but the commission’s new powers were an “over-reach”.

Islamic Council of Victoria vice-president Adel Salman said: “We don’t agree at all that [the human rights commission] should be given those powers to investigate and pass judgment.

“There has to be respect for the doctrines and principles of faith communities. What we don’t want is for [the commission] to try to convince us that our doctrines and our principles are somehow wrong. We just have to respectfully disagree.”

Ms Hilton was appointed by the Andrews government in 2016 and has tackled systemic discrimination during one of the most challenging periods in the commission’s history.

This has involved a root-and-branch review that has changed the culture of “predatory behaviour” in Victoria Police, a new inquiry into workplace equality at Ambulance Victoria and addressing racism and the rise of right-wing extremism in Australia.

In a broad-ranging interview to mark the end of her five-year term, which ends in May, Ms Hilton called for regulatory reform to allow governments and agencies such as hers to be more proactive in stamping out neo-Nazis and other white supremacy groups.

”The preponderance of hate speech and hate conduct that we are seeing there is something that we need to take extremely seriously as a community,” she said.

“I do think our systems are still too weighted towards an individual having to make a complaint and having to stand up against behaviour that they have experienced.”

She also reflected on one of the toughest parts of her period as human rights commissioner: her lengthy 2018 court battle with the United Firefighters Union and its controversial leader Peter Marshall, who successfully prevented the release of a long-awaited report into sexism and “hyper-masculinity” in Victoria’s fire services.

The report was produced when the Andrews government was grappling with a controversial industrial dispute involving a string of high-profile Country Fire Authority departures and the cabinet resignation of then emergency services minister Jane Garrett, who refused to back the Premier’s wage deal for the union.

“It was an uncomfortable time, and it certainly built my resilience,” Ms Hilton said of the months-long court battle with the UFU. “There were people who were absolutely desperate for change, and there were those who were quite resistant.”

By contrast, organisations such as Victoria Police had embraced workplace reform, and as a result “if you are a woman now going into Victoria Police, you’re going to be paid better and you’re more likely to get promoted; 98 per cent of the workforce have been trained in sexual harassment and gender equality; and hundreds of people have sought and received redress.”

More recently, the commissioner has pushed for human rights to be at the centre of the Andrews government’s COVID-19 response, but said the right balance had not always been struck. Examples include the sometimes “overzealous” issuing of hefty fines by Victoria Police, and the government’s decision to lock down nine public housing towers last July to deal with an outbreak.

Reports of racial discrimination to the commission tripled in the early weeks of the pandemic, Ms Hilton revealed, particularly involving people of east Asian appearance.

During her final few months, Ms Hilton and her office will start laying the groundwork for the civil scheme at the heart of Victoria’s new gay conversion laws.

Under the reforms, anyone can make a report to the commission about change and suppression practices from any member of the community.

The commission can then investigate that complaint, but it also has significant power to conduct “own-motion” investigations where there is indication of serious or systemic problems.

This could involve forcing a person or organisation to take, or refrain from taking, certain actions to comply with the Equal Opportunity Act. Such undertakings and notices will be enforceable at VCAT. The commission will also have the power to compel documents and other information, and will educate the community to prevent such practices from occurring.