A gay MP has reported a peer to the police for an alleged hate crime after he reportedly called her a ‘queer’.

Peers, MPs and others who have undergone security checks receive parliamentary passes which enable them to enter the estate at several points.

The HuffPost news website reported that Lord Maginnis did not deny the SNP MP’s claims and quoted him as saying: ‘Queers like Ms Bardell don’t particularly annoy me. OK, she’s got her cheap publicity out of it.’

Ms Bardell raised the comments in the House of Commons today during business questions, telling MPs: ‘I’m sorry to say that the member from the other place (the House of Lords) who I have complained about has now launched a homophobic attack on me in the press. 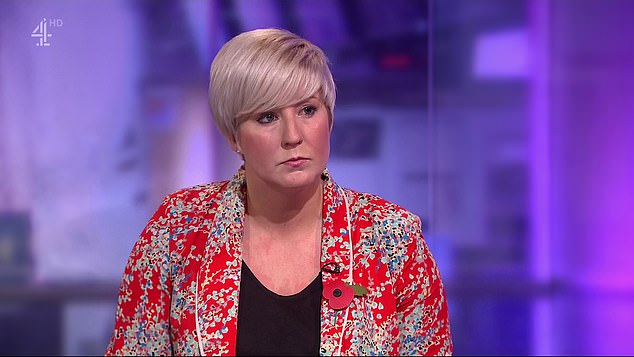 Hannah Bardell, the SNP MP for Livingston, has accused Lord Maginnis of a ‘homophobic attack’ after he allegedly called her a ‘queer’

‘This will be reported to the police and I know that I and others consider this to be a hate crime.’

Commons leader Jacob Rees-Mogg replied: ‘The attack on the honourable lady was unutterably disgraceful and she is clearly owed an apology by the noble lord for what he said about her.

‘I think everybody who heard about that was shocked by the comments that he is reported to have made and has not denied.

‘I think they are really appalling, and I know we are not allowed to criticise members of the other house, the other place, except on a specific motion, but I think under these circumstances we are allowed to stretch the rules.’

Ms Bardell then tweeted this afternoon that she had reported the matter to the police.

The MP for Livingston outlined the alleged incident to Commons Speaker Sir Lindsay Hoyle yesterday in a point of order.

She said: ‘Yesterday, on re-entering the building for the first time after Christmas, I witnessed one of the worst cases of abuse of security staff that I have seen in my time here.

‘One of the members of the other place – who I will name so as not to incriminate anybody else: Lord Ken Maginnis – had forgotten his pass, something we’ve all been guilty of.

‘However, instead of taking the advice of the security staff – who, as we all know, are here for our security and our safety – he proceeded to verbally abuse and shout at both the members of staff, calling them “crooked”, saying “did they not know who he was, he’d been here 46 years”, and refusing to take the advice and assistance of both myself, the security staff and the police that then attended.’ 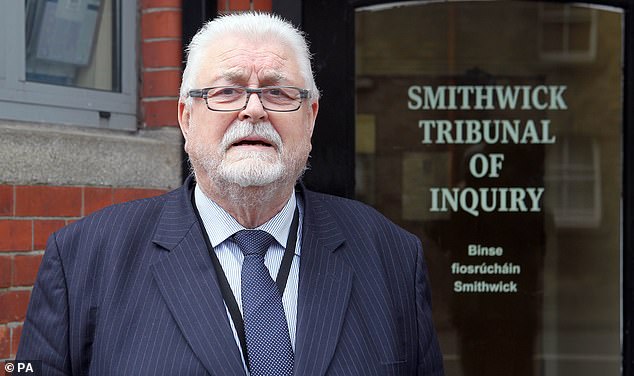 Lord Maginnis was formerly an Ulster Unionist Party MP and later represented the party in the Lords.

In 2012, he announced his decision to resign his membership after the leadership distanced themselves when he referred to gay marriage as ‘unnatural and deviant behaviour’.

His affiliation in the Lords since July 2013 has been listed as Independent Ulster Unionist. He has been approached for comment.