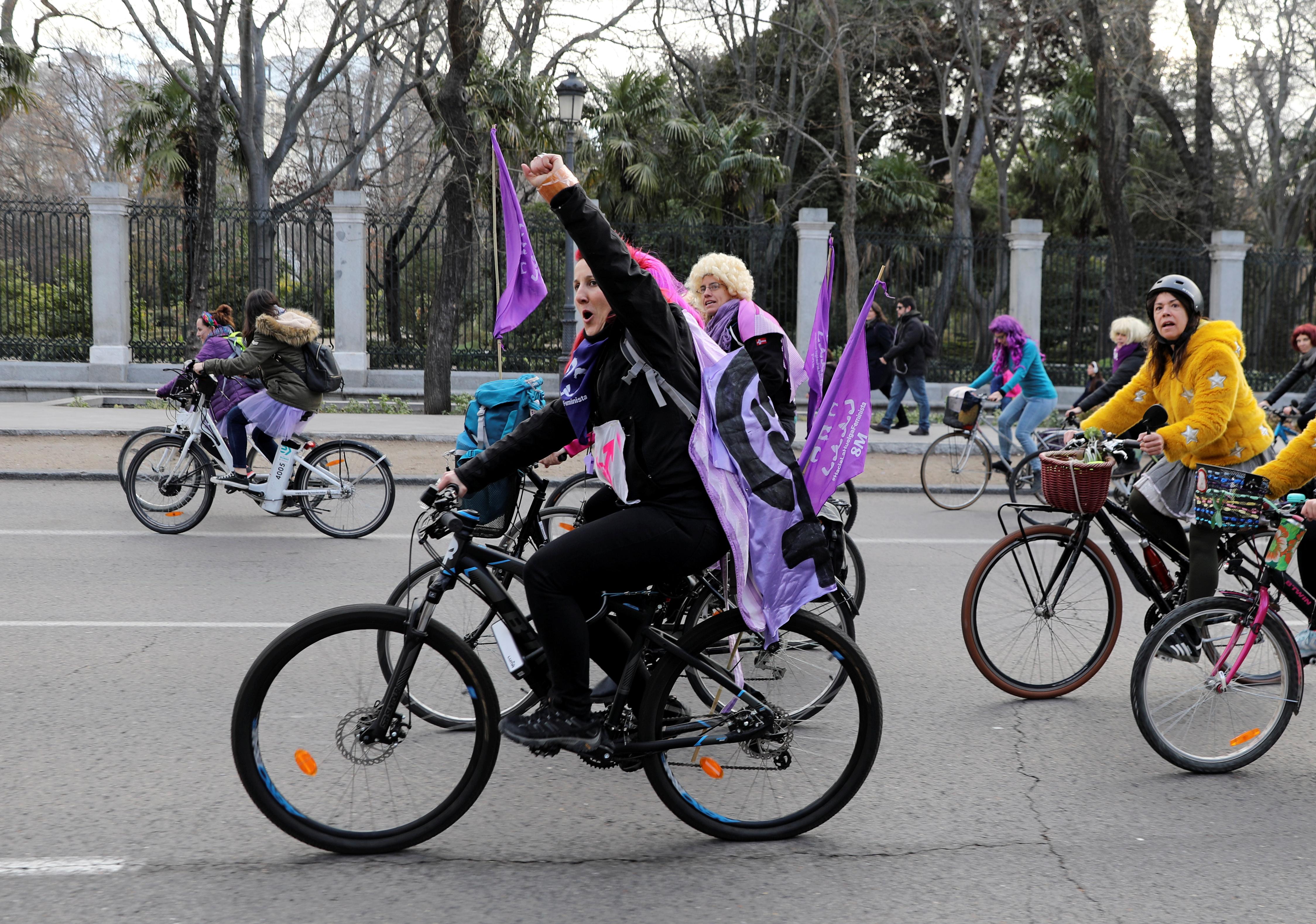 In one of the first protests of the day, several hundred women gathered in central Madrid around midnight to bang pots and pans and demand more rights for women in a society they say is still dominated by men.

Gender inequality has become a deeply divisive issue in Spain ahead of its April 28 parliamentary election. A new far-right party, Vox, which opinion polls show winning seats, has called for the scrapping of a landmark law on gender violence.

The Spanish capital saw another protest against gender violence and patriarchy later on Friday morning involving around 200 women cyclists.

Before getting on their bikes to demonstrate outside the headquarters of the conservative People’s Party (PP), the women read a manifesto and performed a choreographed dance, singing: “Without violence they can’t control us”.

Many wore purple – on jackets, trousers and bags – a symbolic color used by women’s rights activists.

“I can’t imagine not being here, I’m a woman and this concerns me directly,” said 40-year-old Lucía Sánchez, who came by bike with other friends.

In Paris, demonstrators from Amnesty International gathered outside Saudi Arabia’s embassy to wave placards that read “Honk for women’s rights” and calling for the release of jailed women activists, including those who campaigned for the right to drive in the deeply conservative kingdom.

The session was convened by the Queen’s Commonwealth Trust, an organization of which Meghan was announced vice-president on Friday.