The ultimate grass cutting hack! ‘Genius’ chills on his swing while the lawnmower does all the work

A ‘genius’ man was able to cut his lawn without lifting a finger as he kicked back on his swing and watched his lawnmower do all the work.

A driver in Marion, Indiana, was so impressed they stopped their car to film the lawnmower cutting the lawn completely on its own.

They filmed it tied to the end of a piece of a rope circling a pole in the middle of the lawn. 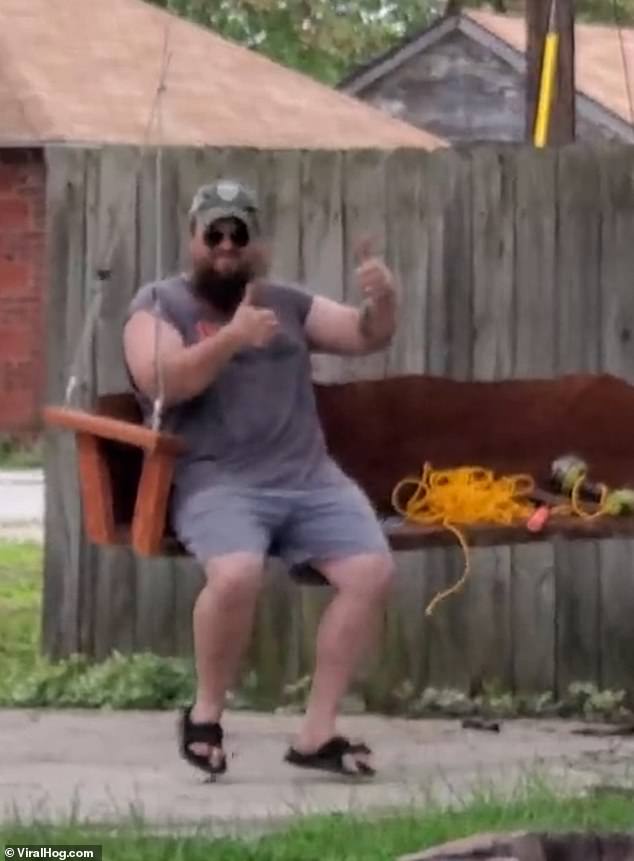 A ‘genius’ in Marion, Indiana, found a way to cut his lawn without having to do any work at all and sitting on his swing 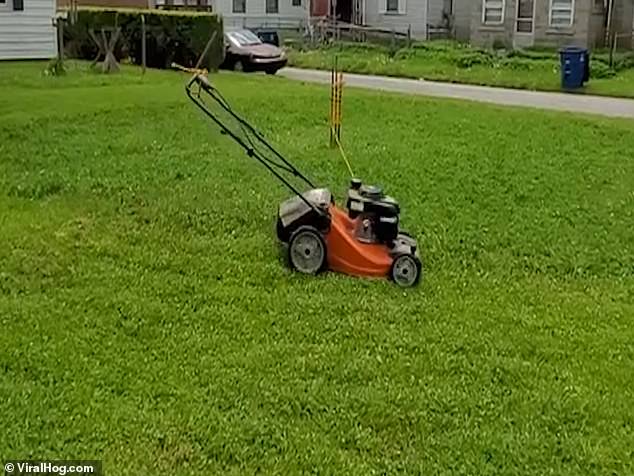 Every time the lawnmower does a circle around the pole the rope shortens, directing the lawnmower to fresh sections of grass that have not been cut yet.

The bystander laughs at the unmanned lawnmower and says: ‘This is the funniest thing I have ever seen.’

They said: ‘My first thought was my dad telling me to “work smarter not harder”.

‘Then I saw a man sitting on a swing under a tree just chilling.

‘He was definitely doing just that. 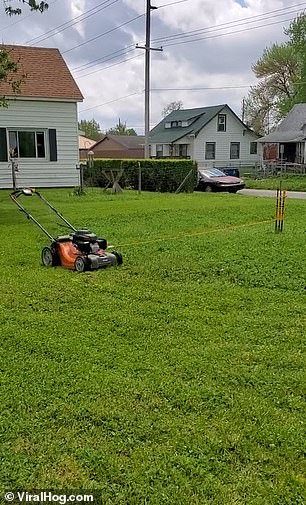 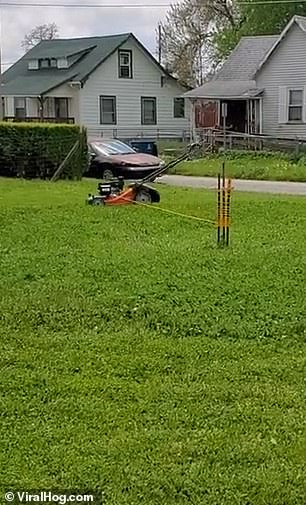 Automated lawnmowers that use battery-power to cut grass without an operator can cost up to $4023.

It seems Indiana’s lawnmower genius is saving both time and money with a pole and some rope.