Geoffrey Cox has agreed to two more weeks of work for the British Virgin Islands this month while the Commons is sitting, according to reports.

The former attorney general is under fire for spending weeks working as a high-ranking lawyer in the Caribbean while Parliament has been sitting, apparently with the approval of the Tory Party.

Sir Geoffrey voted in Parliament remotely from the Caribbean while advising the government of the British Virgin Islands, a tax haven accused of corruption.

He has also been referred to Parliament’s sleaze watchdog after appearing to use his Commons office for a hearting via Zoom.

It has now come to light that the Tory MP will undertake more work representing ministers from the British Virgin Islands, although it is understood that this will not involve him travelling to the Caribbean.

He will appear before an inquiry examining the country’s governance standards and carry out the work from 15 to 26 November, reports The Guardian.

It follows Lord Evans, chairman of the Committee on Standards in Public Life, said that sitting in Parliament ‘takes time and concentration’ amid the fallout from the MP’s extra-parliamentary activities. 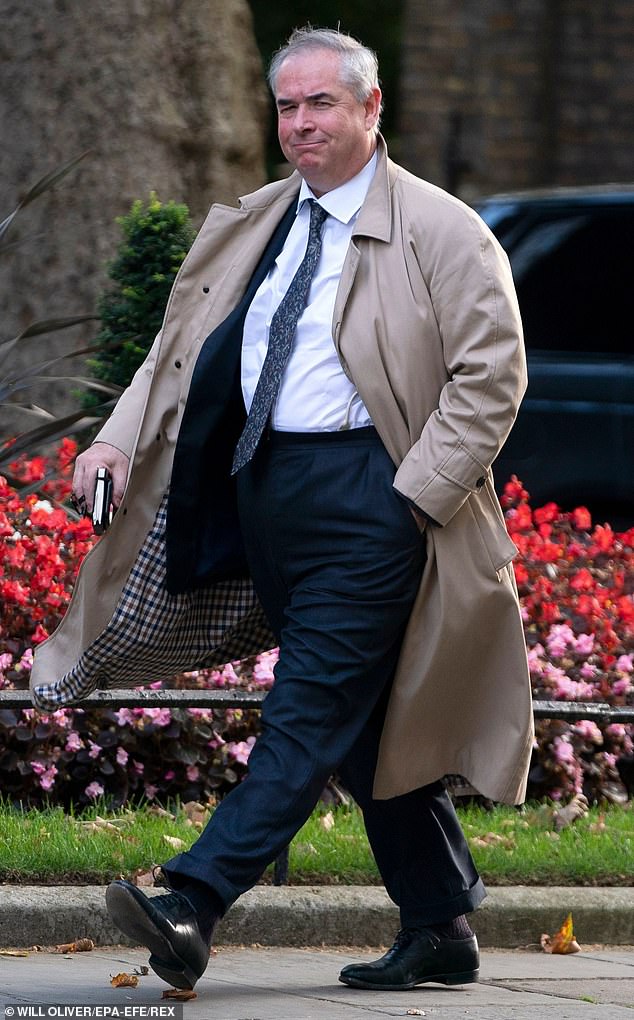 Geoffrey Cox has agreed to two more weeks of work for the British Virgin Islands this month while the Commons is sitting, according to reports 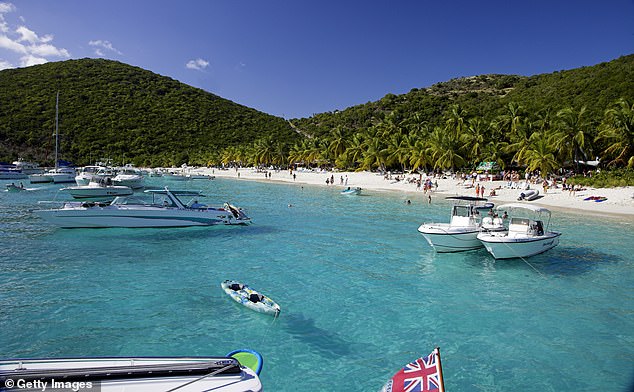 The Tory MP is under fire for spending weeks working as a high-ranking lawyer in the Caribbean while Parliament has been sitting, apparently with approval of the Conservatives

A spokesperson for Cox told the newspaper: ‘Sir Geoffrey is assisted by a legal team who will carry out most of the work.

‘Therefore, he will only need to make himself available for a period of approximately two hours on one day, during that time.

‘This will not conflict with his parliamentary responsibilities.’

Meanwhile Lord Evans, the former head of MI5, told the BBC yesterday: ‘If somebody is spending a huge amount of their time on a second job, then they can’t be maintaining support for their constituents.’

Asked whether it matters more about how much time an MP spends on their outside work rather than how much they are earning, Lord Evans replied: ‘I don’t think it is ultimately a matter of how much, I think it is a matter of is it clear that the MP who has been elected by their constituents, that their main focus, their main priority is on being the best MP that they can be?

It came as a Government minister refused to defend Sir Geoffrey for voting by proxy from the British Virgin Islands.

Business minister Paul Scully told Sky News: ‘I’m not going to defend Geoffrey or say anything – that’s up to Geoffrey, it is between him and his voters.’

Asked whether he could see that the ‘optics were not good’ in relation to the second jobs debate, Mr Scully replied: ‘Absolutely, I can see how it looks.

‘It is really regrettable that we’ve got to this situation.’

Pressed on what was regrettable about the situation, he added: ‘That we’ve got in a position that, first of all, last week we allowed the situation for one individual (Owen Paterson) to be conflated with the standards procedures, which do need looking at, they do need an appeals process, but in order to do that we need a cross-party consensus. 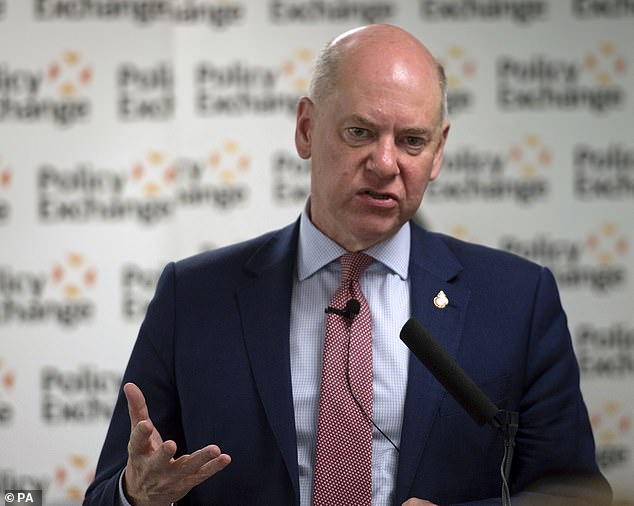 Lord Evans, chairman of the Committee on Standards in Public Life, said that sitting in Parliament ‘takes time and concentration’ amid the fallout from the extra-parliamentary activities of Geoffrey Cox.

‘Then, as I say, for a number of other issues to be conflated which we need to tackle, but we need to tackle in a level-headed way and certainly not to get into a party political bun fight.’

Mr Scully later told LBC MPs should be able to have second jobs but ‘paid advocacy and the like … needs to be absolutely stamped out’.

Last night Boris Johnson said MPs who broke the rules should be ‘punished’. And in a sign of concern that the sleaze row is damaging Britain’s international reputation, he told the UN-sponsored climate summit in Glasgow that the UK ‘is not a remotely corrupt country, and nor do I believe our institutions are corrupt’.

But the PM backed the right of MPs to continue taking paid second jobs, saying they had ‘actually strengthened our democracy’ over centuries.

His effort to bring MPs back into line was undermined by a defiant statement from Sir Geoffrey, in which he claimed his work trip to the Caribbean during lockdown in April had been sanctioned by the Government’s chief whip Mark Spencer.

Last night it was claimed Sir Geoffrey was in another tax haven – Mauritius – for business this week.

The Daily Mirror reported that the MP was on a ‘short business trip’ on the island nation where he met ‘quite a few people’ for meetings.

A government source told the Mail they did not know where Sir Geoffrey was, but they expected he would be back in Parliament next week.