An AMBER Alert was issued for a 6-year-old Georgia girl and her mother, who are believed to have been abducted by the girl’s father.

Investigators believe Balvanera Esperanz Parada-Olivas and her daughter, Rachel Zecena, were taken against their will on Sunday by the child’s father, 55-year-old Alexis R. Zecena-Lopez. 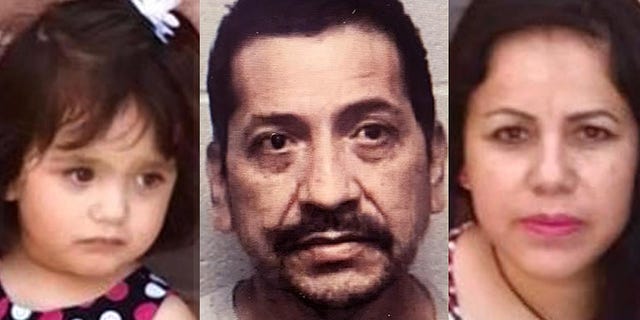 LACI PETERSON DISAPPEARED 19 YEARS AGO: THE TRAGIC CASE THAT SENT FAMILY, PUBLIC ON CRUSADE FOR JUSTICE

Suspect Zecena-Lopez is described as being a Hispanic male, weighing about 175 pounds, and standing 5 feet 8 inches tall with black hair and brown eyes. He may be armed. The suspect may be traveling in Parada-Olivas’ vehicle, a 2016 Black Ford Focus with Georgia tag RVX9470.

Last known contact between the mother, child and other family members was between 5-6 p.m. Sunday.