Germany is short of millions of doses of coronavirus vaccine

Germany is short of millions of doses of Covid-19 vaccines ahead of an ‘unstoppable’ wave of the Omicron variant, as the country says it is going cap in hand to other nations, including Romania and Poland, for more shots.

Germany’s new health minister Karl Lauterbach said today the country now was racing to secure more vaccines to speed up its booster campaign that was at the centre of its strategy against the new, highly infectious variant.

Speaking on German television, a group of three experts echoed this, saying there was now no way to stop the coming Omicron wave sweeping Europe.

Lauterbach said Germany was on schedule to receive just 1.2 million doses of the Pfizer/BioNTech next week, to distribute to vaccine centres and doctors’ practices.

A further 800,000 would be received the following week, and another 1.2 million the week after that, he said. The country also hoped to receive millions of booster shots adapted to the omicron variant from Biontech/Pfizer in the first quarter of next year.

‘But this is far less than the amounts which doctors are asking for every week,’ he said in the dire warning, adding that Germany was reaching the end of its reserves.

‘The campaign has to roll … but there is literally no more than this there,’ he said. The country’s new health minister Karl Lauterbach said today the country now was racing to secure more vaccines to speed up its booster campaign that was at the centre of its strategy against the new, highly infectious variant 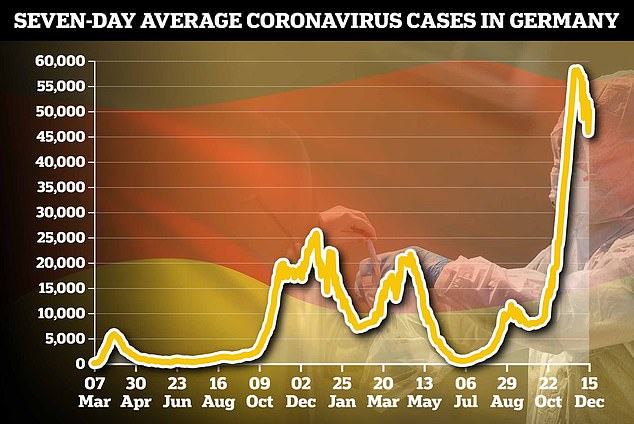 In recent weeks, Covid-19 cases in Germany have been dropping off (pictured). However, despite the optimistic daily figures, experts have warned that Omicron poses another huge challenge in the coming months, with Germany not prepared

In order to stock up on vaccines ahead of the inevitable wave, Lauterbach said German authorities were negotiating with Romania, Bulgaria, Poland and Portugal and seeking an ’emergency buy back’ of millions of unused doses from eastern European nations.

In recent weeks, Covid-19 cases in Germany have been dropping off. However, despite the optimistic daily figures, experts have warned that Omicron poses another huge challenge in the coming months, with Germany not prepared.

Prominent virologist Sandra Ciesek warned today that Omicron is unstoppable. She likened the country’s preparation to ‘running into a catastrophe with our eyes wide open.’

Most research on the variant has been carried out in South Africa, where the strain was originally detected, she said. It has so far suggested Omicron may not be as severe as the likes of Delta, but appears to be more transmissible.

But Ciesek, from the University Hospital Frankfurt, said this should not be taken for granted in Germany. ‘We don’t have systematic data for Germany yet, nor do we know how severe the diseases are,’ she said.

The virologist spoke during a press conference along side experts Dirk Brockmann and Christoph Neumann-Haefelin. ‘The pandemic is repeating itself,’ they said, likening the spread of the variant to the first wave.

At this stage, stopping Omicron is ‘impossible,’ Brockmann, head of Epidemiological Modeling of Infectious Diseases at the Robert Koch Institute, added. 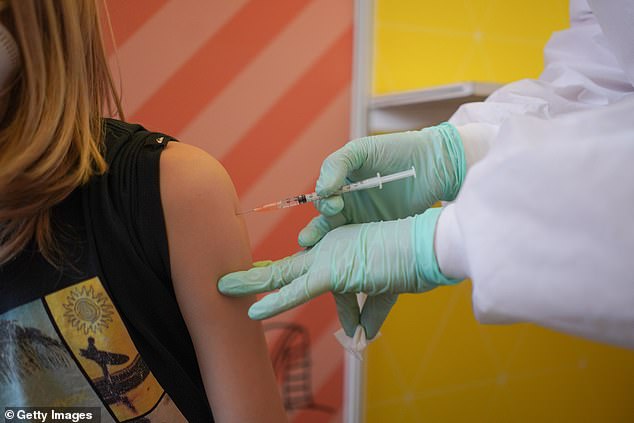 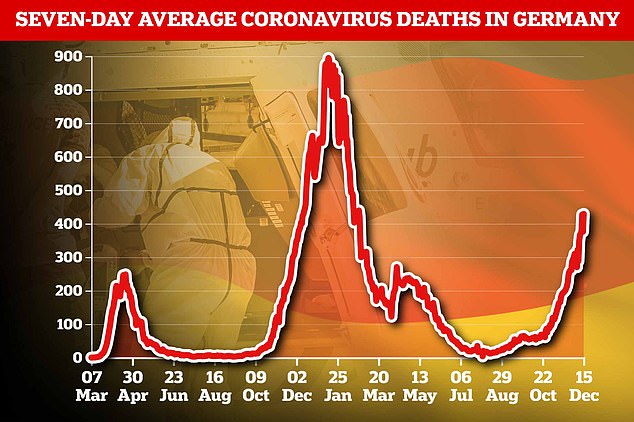 Before becoming the health minister this month, epidemiologist Lauterbach was the health spokesman for the Social Democrat party, which is now the largest part in Germany’s ruling coalition after ousting Angela Merkel’s Christian Democrats.

He was also an active and much-relied upon commentator on the pandemic.

It is also looking to buy a further 12 million doses directly in order to ‘start the new year in a sensible manner,’ it said.

The Delta variant currently makes up around 90 percent of Germany’s Covid cases.

But Lothar Wieler, head of the Robert Koch Institute for infectious diseases, said that while there were currently only a few hundred Omicron cases in Germany, it was only a matter of time before it became the main strain.

Meanwhile, the European Commission said today it has reached an agreement with Moderna to rush deliveries of the U.S. company’s COVID-19 vaccine to Germany and other European Union member states, as cases surge due to the Omicron variant. 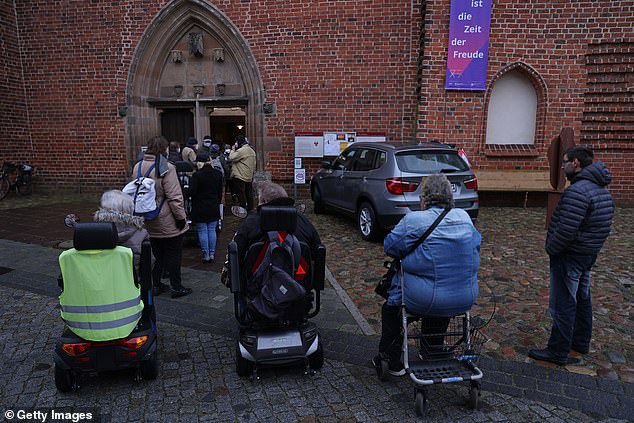 Pictured: People wait in line to receive the Pfizer/BioNTech vaccine against Covid-19 during a vaccination drive inside 16th-century Sankt Nikolaikirche church on December 14, 2021 in Bad Wilsneck, Germany

Governments across Europe are struggling with soaring infections, with some – including Germany – imposing restrictions to curb the spread of the Omicron variant of the coronavirus.

In the midst of a strong fourth wave of the virus, the German government decided to strengthen restrictions on unvaccinated people, banning them from public venues, restaurants and non-essential commerce.

Vaccinations will also become mandatory from March 16 for people working in hospitals, nursing homes and other medical practices.

‘In view of the rapid increase in infections due to the Omicron variant, and the need to scale up vaccination, including boosting, the Commission is working with vaccine manufacturers to further accelerate the delivery of vaccine doses,’ the EC said.

Moderna expects to deliver 10 million doses of its mRNA-based vaccine to Germany in December, with delivery of 25 million extra doses expected in the first quarter of 2022, the European Union’s executive body said in a statement.