BERLIN (Reuters) – German Chancellor Angela Merkel will on Friday unveil a major new climate protection package thrashed out by parties in her coalition through the night ahead of Friday’s global day of protests by activists demanding action on climate change. 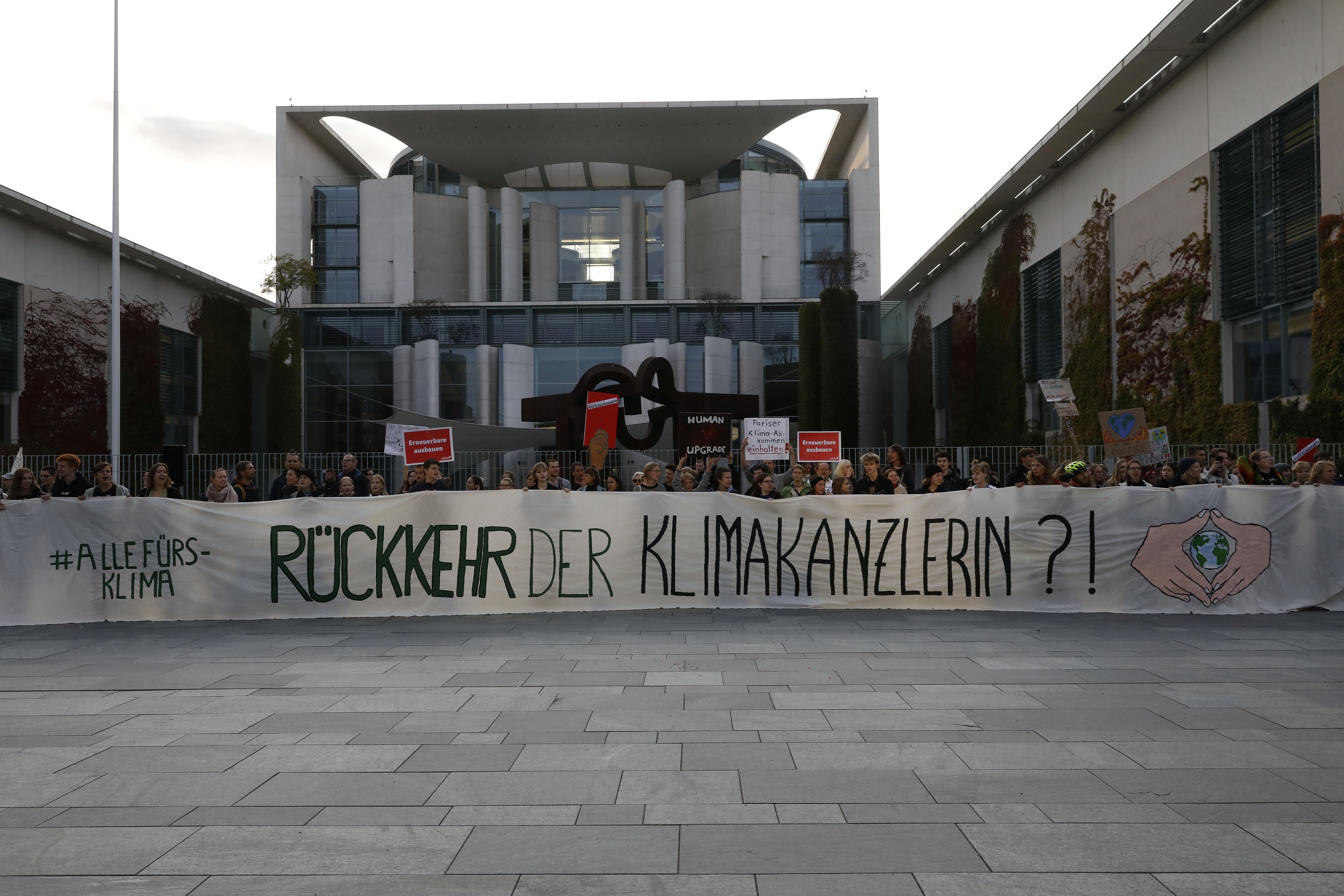 The parties are searching for an agreement aimed at setting the direction of Europe’s largest economy for coming decades.

The Social Democrats (SPD), keen to offer voters skeptical about its participation in the coalition concrete evidence that it is achieving something in government, wants a carbon dioxide tax to fund social support for those who lose out from the transition.

Merkel’s Conservatives want a market-based scheme involving trading in certificates entitling the bearer to emit carbon, a system optically less like a tax, with proceeds funding support for companies’ research and investment.

As the sun rose over Berlin’s chancellery, the party officials inside were still haggling over the question of how to set a price for each tonne of carbon used in heating buildings and in transport, and what that price should be.

If agreed, the plan, which extends an existing European Union scheme for pricing carbon used in industry, will be the world’s largest experiment yet in capping emissions of the carbon dioxide that is driving climate change.

“There are difficult decisions to be taken,” Lars Klingbeil, secretary general of the Social Democrats (SPD) told public radio when asked why talks – now in their 16th hour – were so lengthy. “The challenges are huge – exiting coal power, building out renewable energy, cutting carbon dioxide emissions.”

Merkel and SPD finance minister Olaf Scholz are due to give a statement on the talks at 1430 local time (1230 GMT).

The efforts – dubbed “Herculean” by Merkel last week – come as climate worries shoot up the public agenda. A poll for public television showed that 63 percent of Germans thought protecting the climate was more important than economic growth.

Over 400 climate protests are planned across Germany on Friday to join student activists in other parts of the world, with schoolchildren inspired by Swedish activist Greta Thunberg’s Fridays for Future movement planning to mass outside Merkel’s office.