NEW DELHI (Reuters) – German Chancellor Angela Merkel said on Saturday there was a need for a fresh attempt to restart talks on finalizing a free trade agreement (FTA) between India and the European Union. 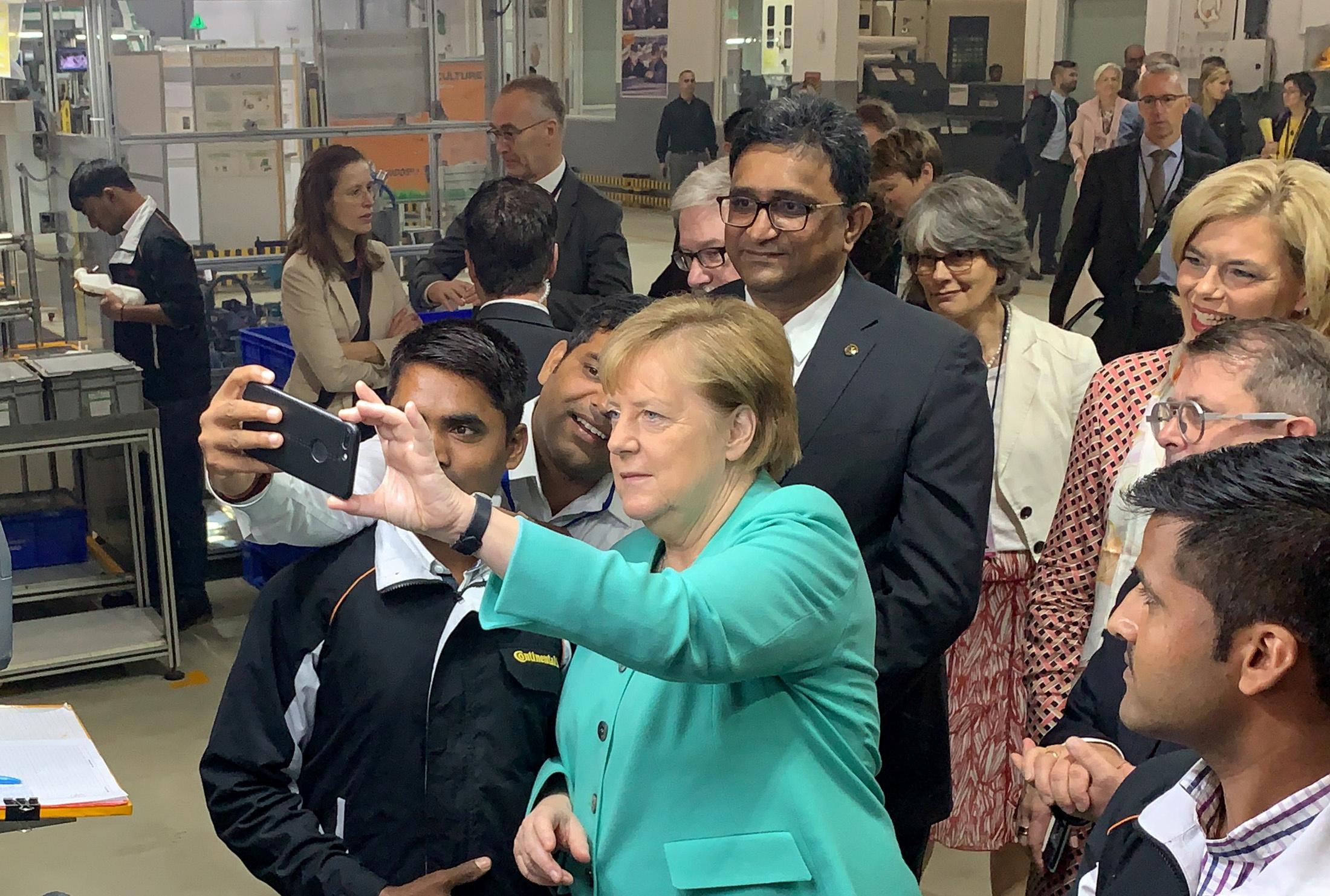 Merkel who is in India along with several cabinet colleagues and a business delegation, began talks with Indian Prime Minister Narendra Modi on trade, investment, regional security and climate change.

A free trade pact with India has been a long-pending demand from Germany which is India’s largest trading partner in Europe. The pact has been in discussion for years.

“We need a new attempt for an EU-Indian FTA. We were already close once,” Merkel said in New Delhi, adding that she held an intensive discussion about the FTA with Modi.

“With the new EU-commission there will be a new attempt,” she said.

With more than 1,700 German companies operating in India, a free trade pact could help minimise the uncertainty experienced by German investors after an investment protection agreement between the two countries ended in 2016.

While addressing an audience at the Indo-German Chambers of Commerce, Merkel said she had an open discussion with Modi about problems faced by German companies and difficulties reported by small and medium enterprises to find way around the “bureaucracy labyrinth”.

In recent months German firms have raised a few other concerns, including slowdown in India’s auto sector, lack of stable policymaking and ad-hoc decisions which they say have affected buyer sentiment and created uncertainty among carmakers.

Merkel said Germany will spend one billion euros ($1.12 billion) in the next five years on green urban mobility projects conceived under the new German-Indian partnership.

German funds will be used to finance several environment-friendly projects such as the introduction of electric buses to replace diesel ones used for public transport in urban centres.

Fresh funds pledged by Germany come at a time when pollution made the air so toxic in India’s capital New Delhi that officials were forced to declare a public health emergency.

Photos of Merkel’s official visit show the visible effects of smog at the presidential palace – though both Modi and Merkel ignored the declared public health emergency and did not wear masks.