A BROWN bear abandoned as a cub has become an unlikely star in Russia after landing a top job as a MODEL.

Stepan – who weighs in at a terrifying 53 stone – is the focus of a fairytale-inspired photo shoot straight out of a Disney movie. 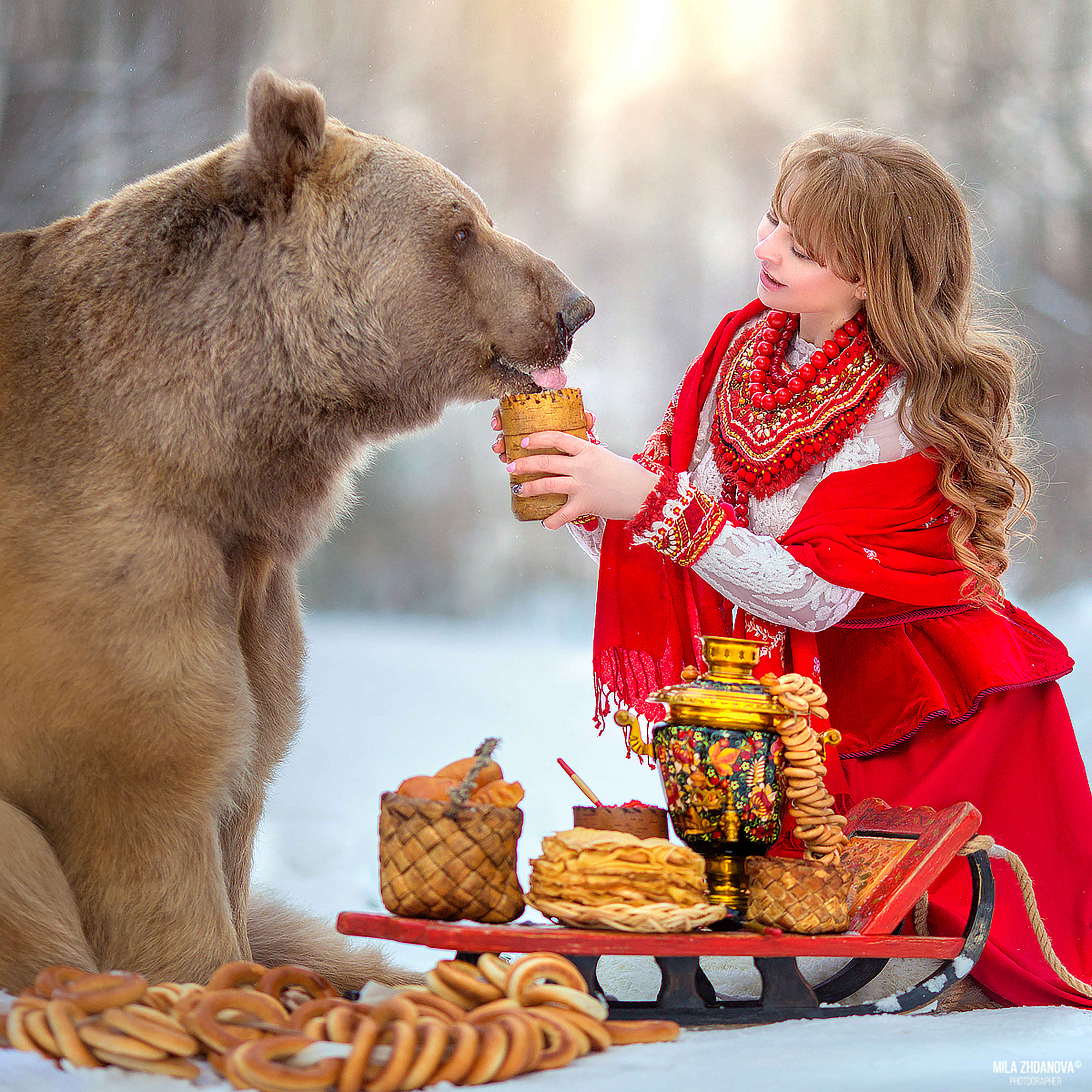 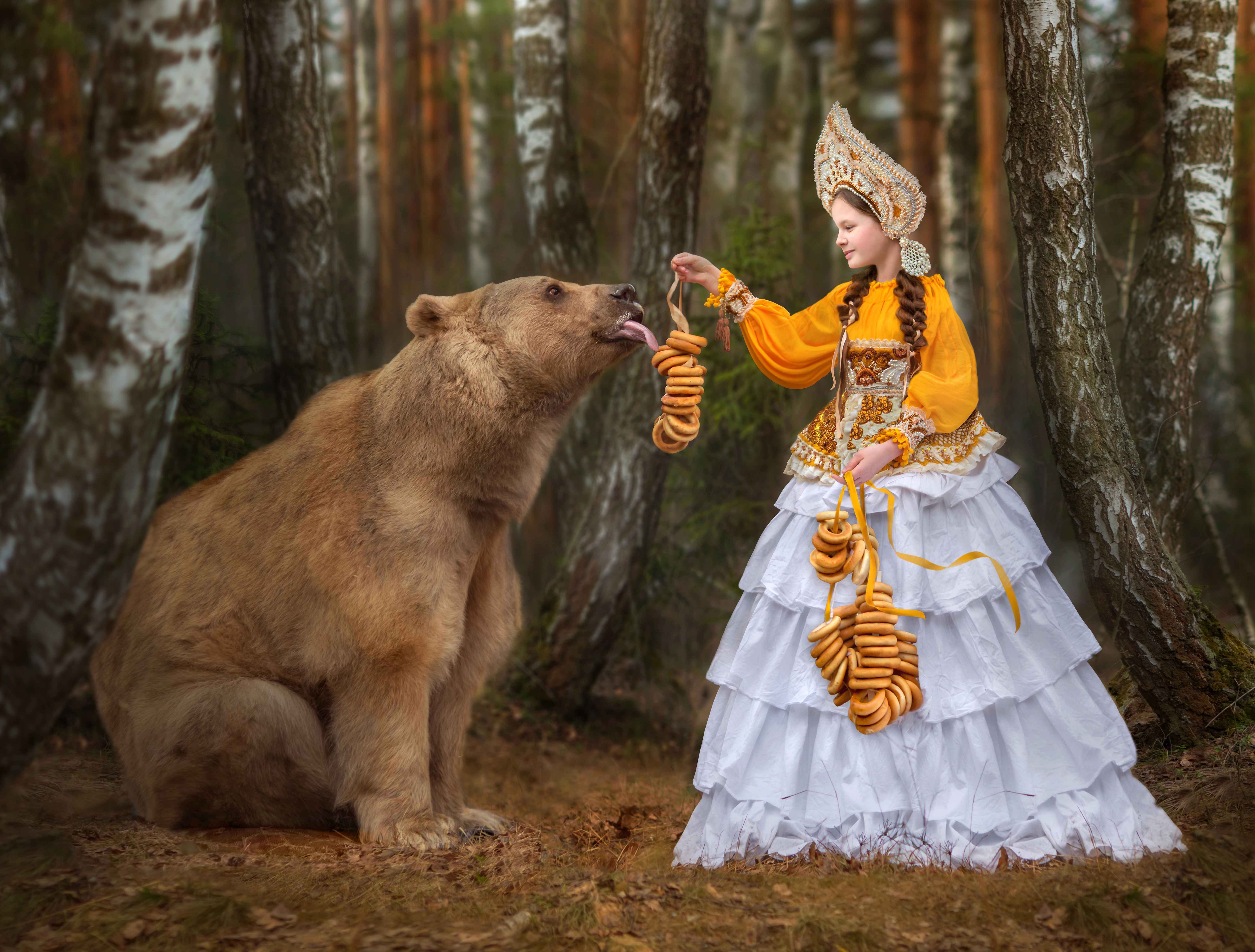 In one amazing image, a beauty in a flowing dress holds hands with the bear as she leans in for a kiss.

In another, Stepan is seen wrapping his giant arms around the neck of a different model for a loving hug.

He has been around humans most of his life after being abandoned when he was just a cub. 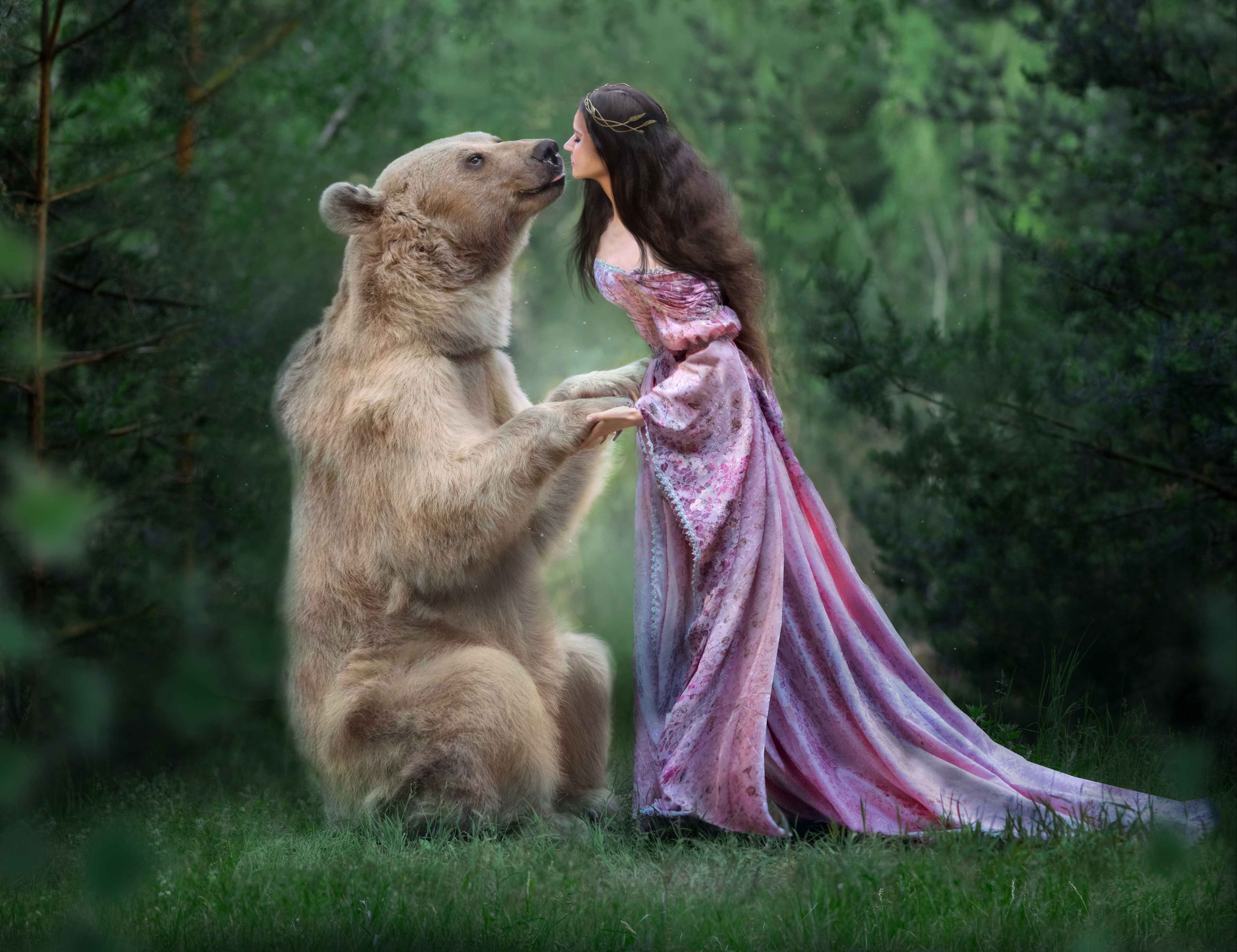 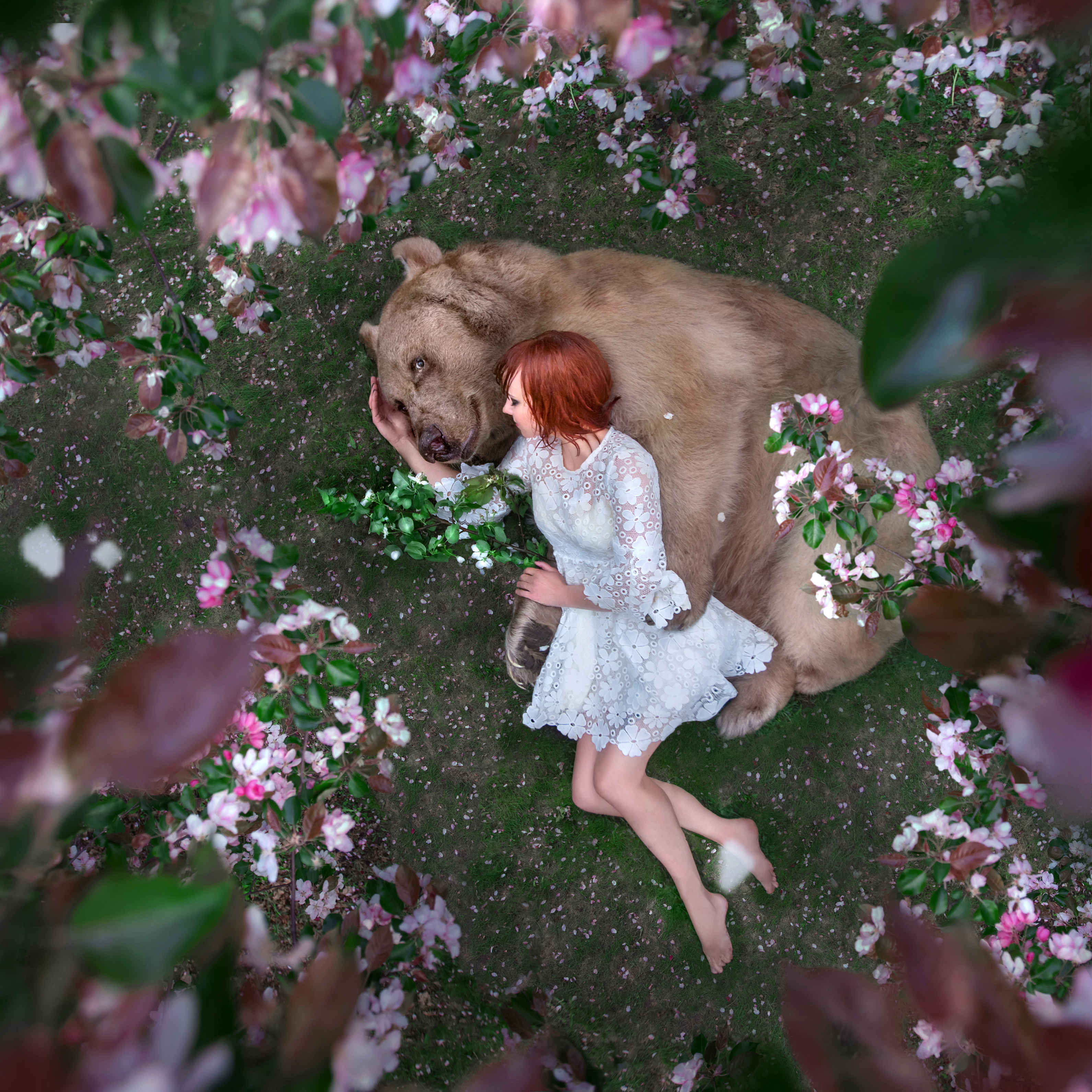 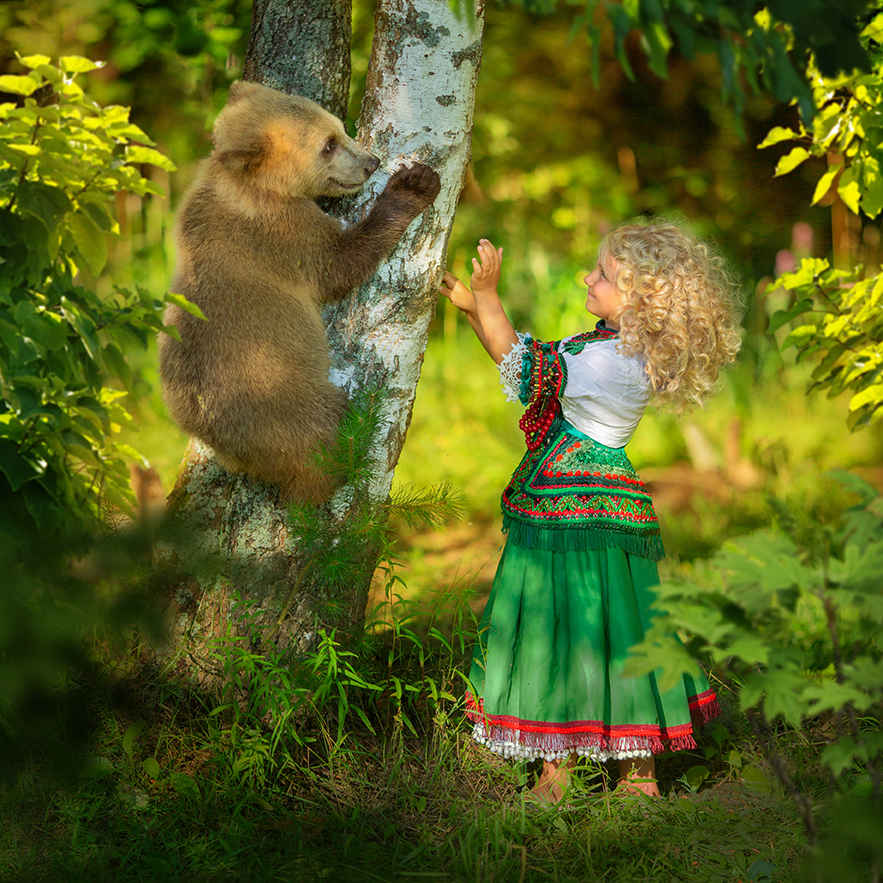 Mila set out to create a series of fantasy-inspired scenes with Stepan posing alongside models in traditional Russian dress.

The ambitious project took several months to film, in and around Moscow, as Stepan can only work for around half an hour at a time.

“People have some stereotyped ideas about Russia. They think we never smile and have bears walking the street,” said Mila.

“We do have bears but I want to show in my pictures that we do smile. 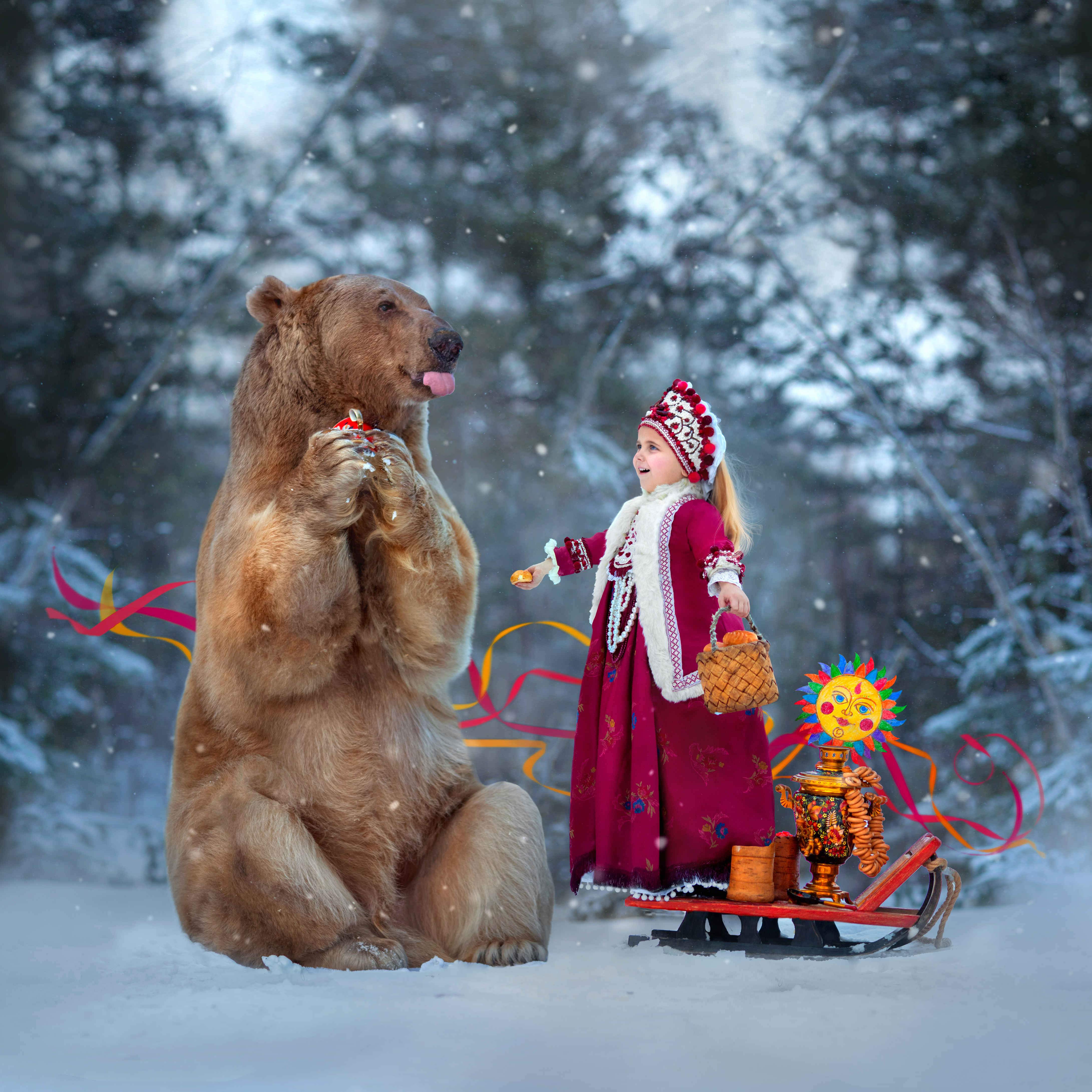 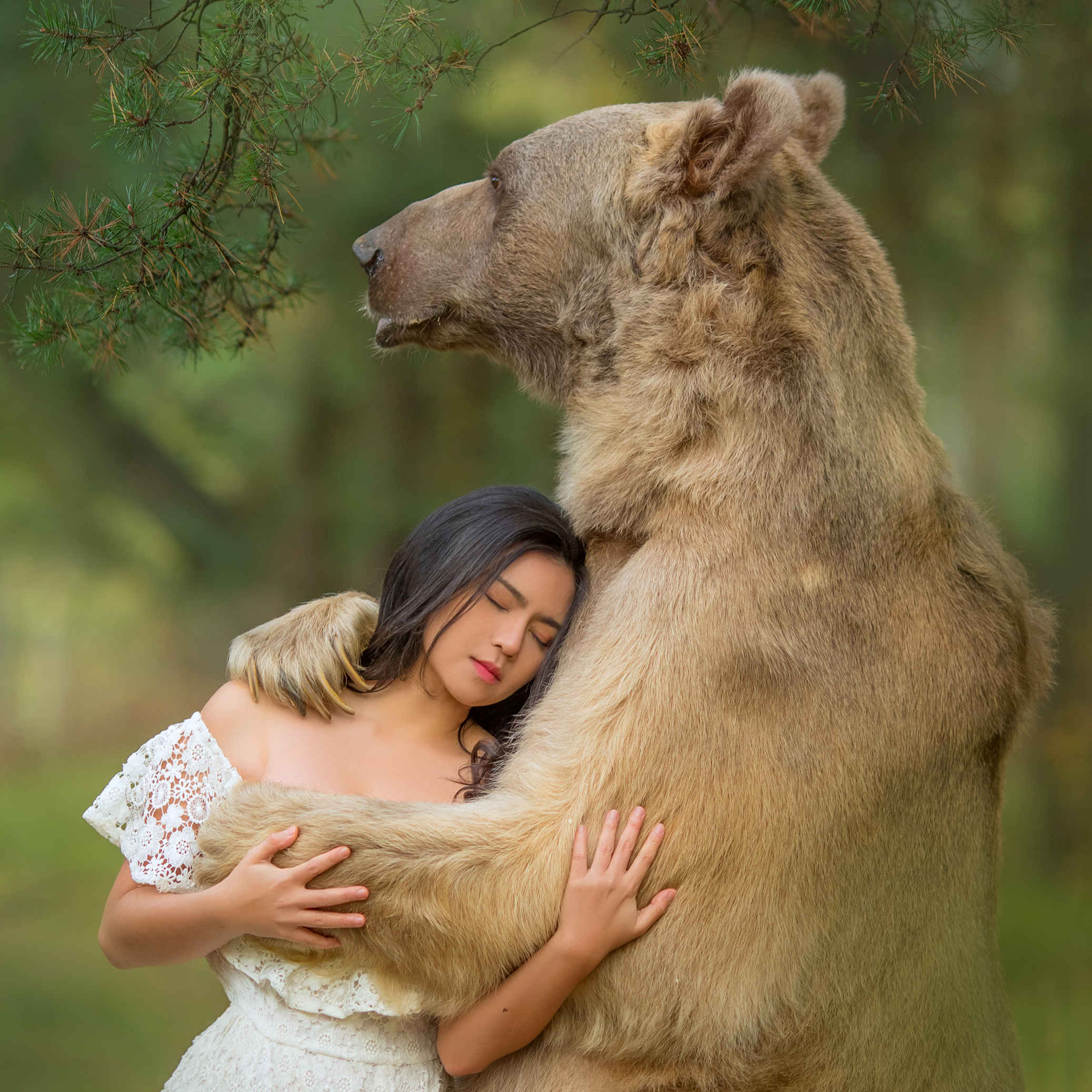 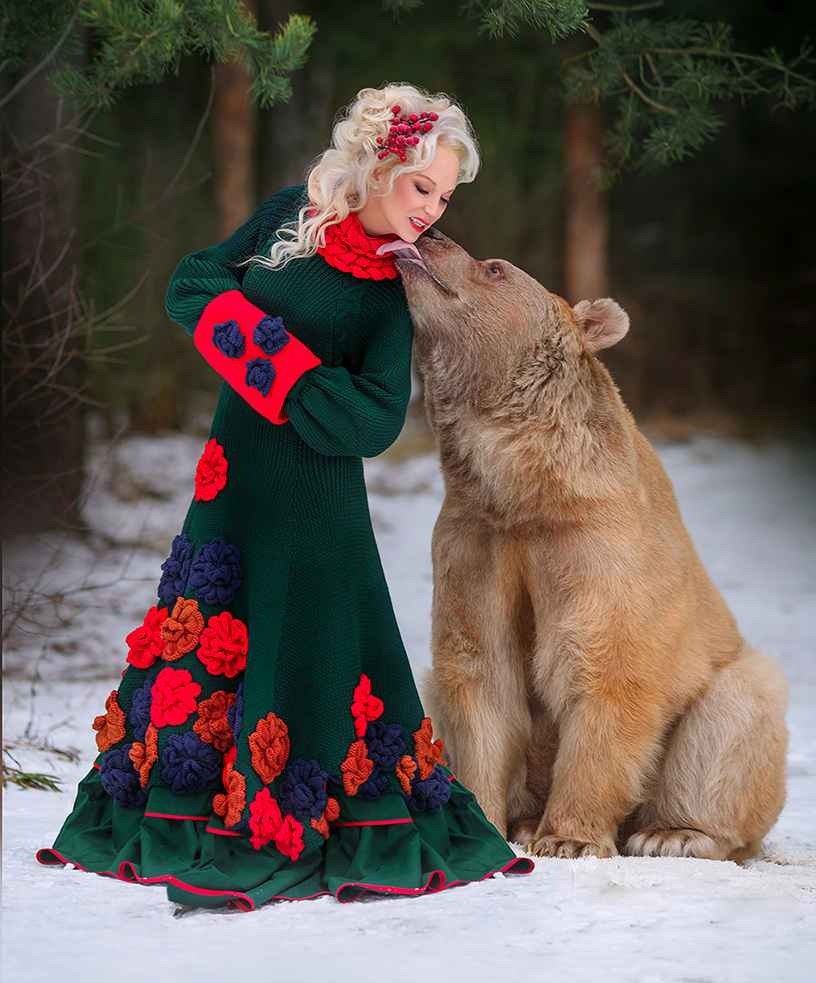 "Shooting with Stepan is such a treat and I have to restrain my emotions. He is so friendly thanks to his trainers’ care and love.

"I’ve worked with models from Thailand, Australia, Germany, Britain, and Israel who have all flown to work with Stepan.

“Some had heard of the modelling bear and had been dreaming of this for five years.

“I hope people see the beauty and strength in animals and nature through my photos.”

The brown bear has become a widely used symbol in Russia.

Most recently, it can be seen emblazoned on the logo of the United Russia political party which has maintained prominence since the early 2000s. 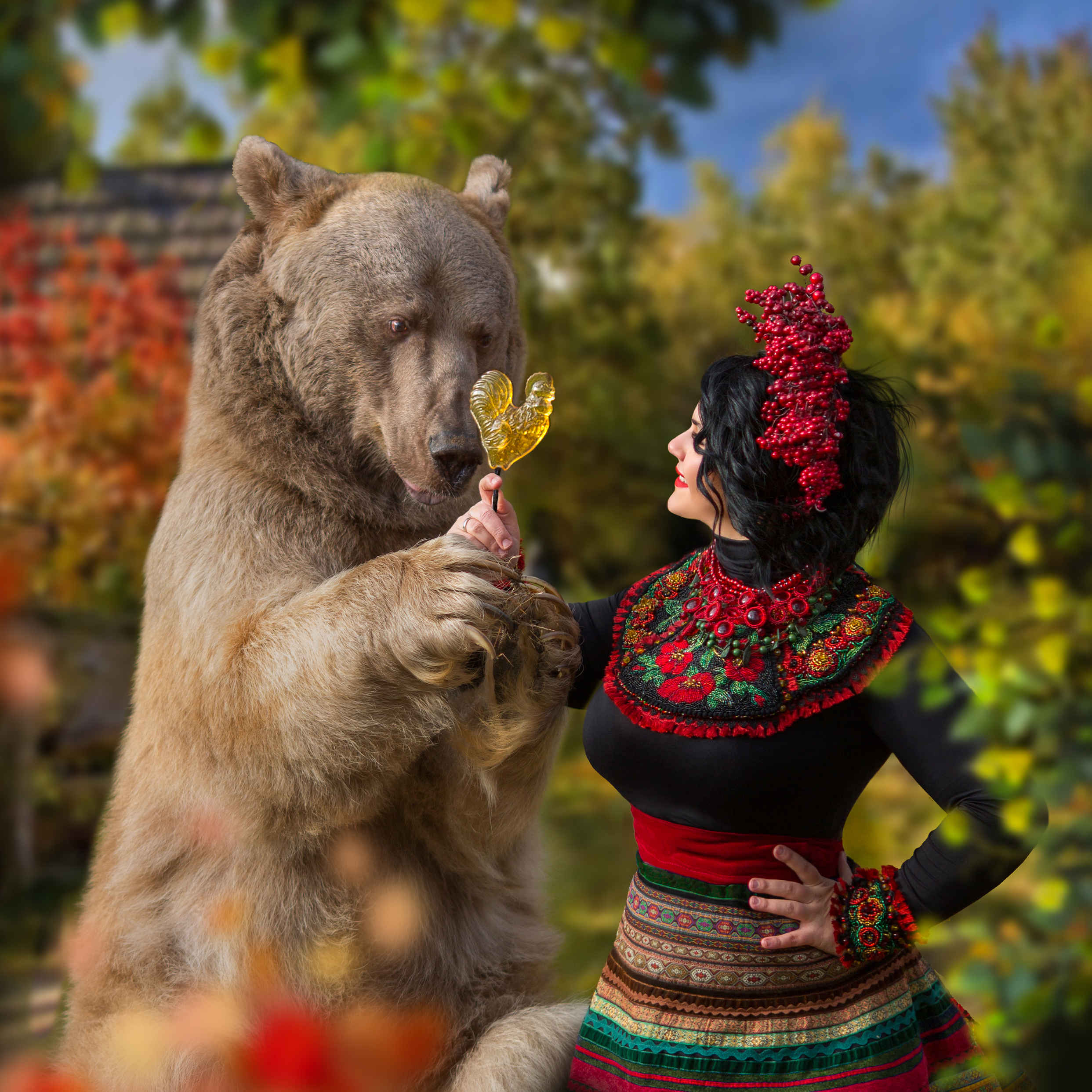 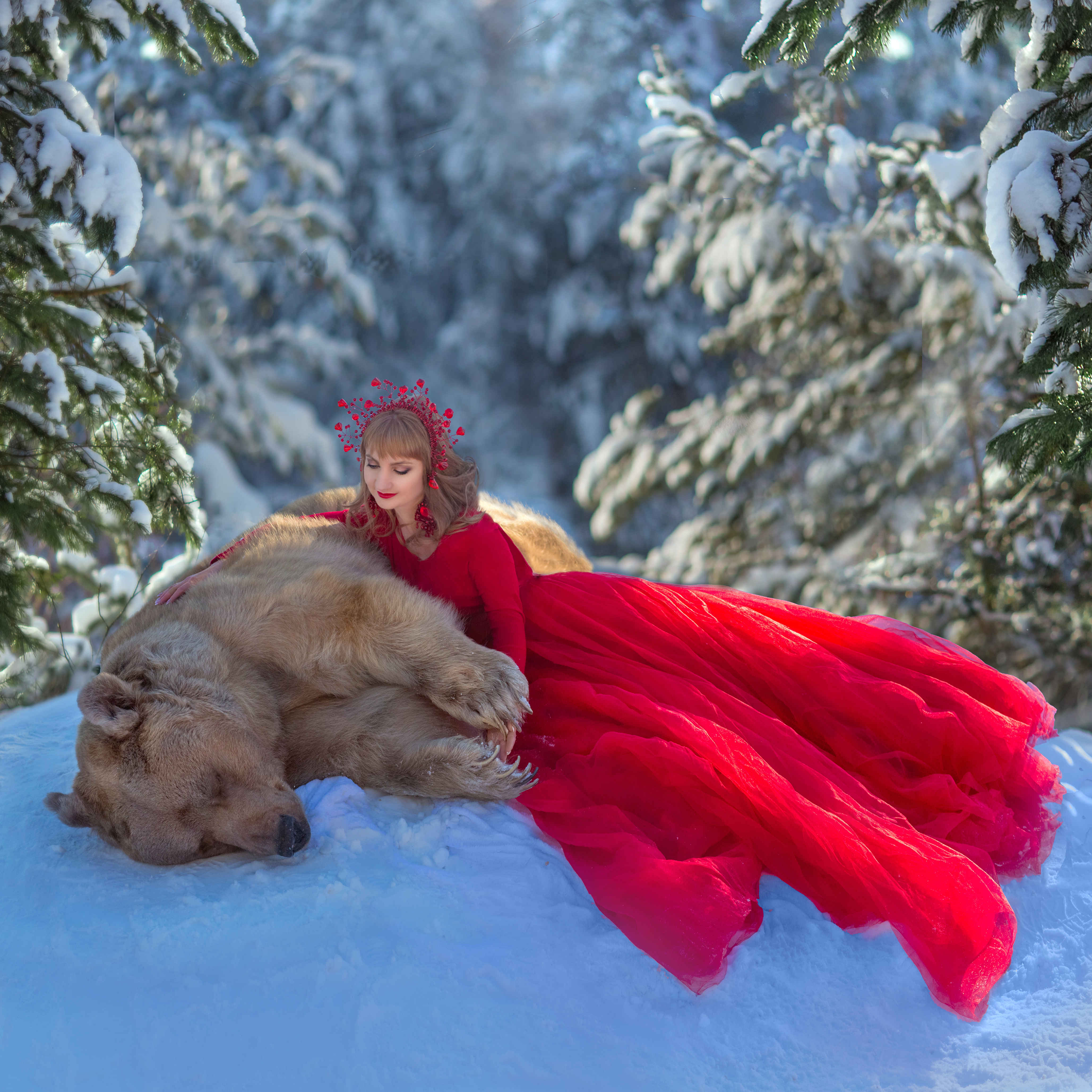