An employee at an aquarium gift shop has been fired after she was recorded telling a group of black school girls on summer camp they were ‘not welcome’ inside without adult supervision.

The incident happened at Jenkinson’s Aquarium Gift Shop at Point Pleasant Beach, New Jersey on Friday when four girls from Princess to Queenz day camp in Paterson entered the store after touring the aquarium.

The girls, all of whom are aged 12 or 13, were promptly told they were not welcome inside without a chaperone.

When they returned with one of the chaperones from the camp, they say they were ‘yelled at’ while other white children in the store were allowed to browse without an adult. 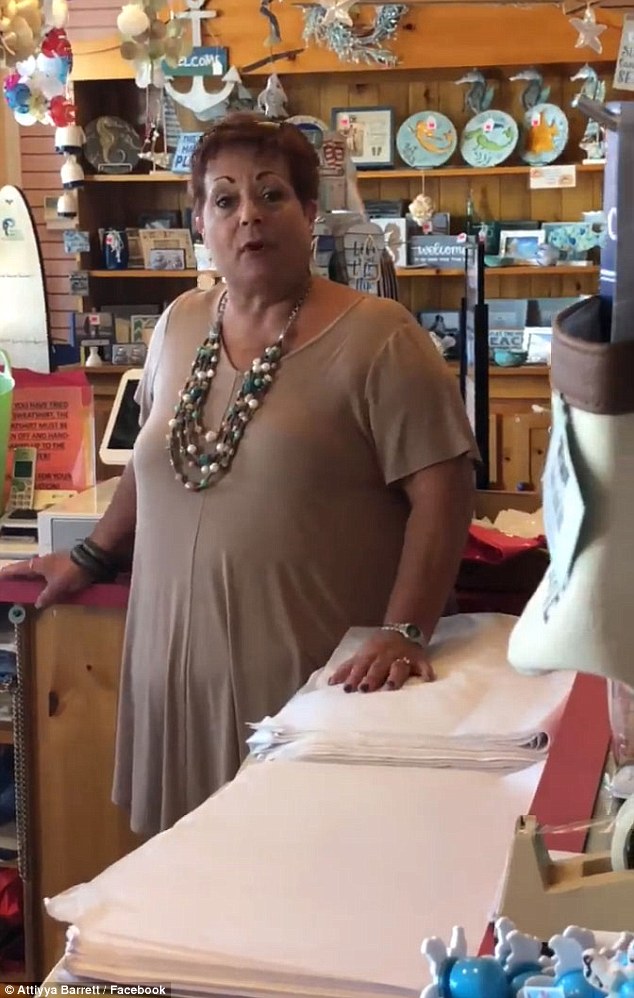 A gift shop worker, who was named only as ‘Linda’, has been fired after she told a group of black girls they were not welcome to browse the store without a chaperone 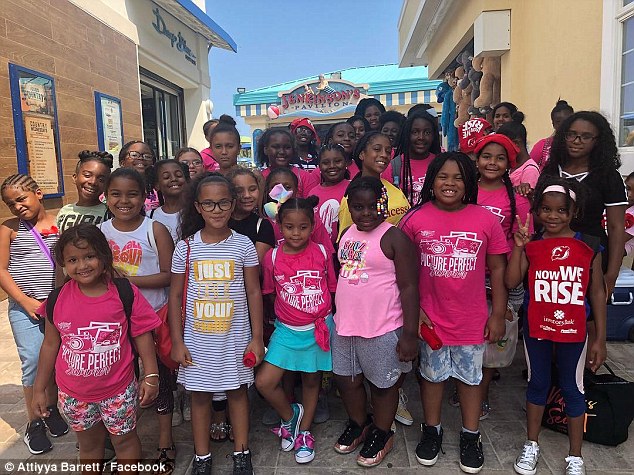 Four girls from the Princess 2 Queenz day camp from Paterson, New Jersey, were asked to leave Jenkinson’s Aquarium Gift Shop at Point Pleasant Beach. Their camp director shared this photograph of the group afterwards along with a video of her exchange with the store worker

‘This incident does not reflect the core values of the boardwalk,’ Wolf said.

‘In our 90-year history, Jenkinson’s has always been and will continue to be the place where people from all races, religions, ages, genders, and cultures are welcome.’

The spokesman added that the shop is arranging a diversity training for the remainder of employees ‘in the very near future.’

Video taken by one of the camp organizers after the Friday incident has been viewed nearly 3million times since being uploaded to Facebook.

In the video, Barrett is filmed questioning the worker who laughed and seemed to dismiss her complaint.

‘She excused all of our girls, and what was your reason?’ Barrett said from behind the camera.

‘Cause they didn’t have a chaperone,’ the store worker replied. And when they went and got their chaperone, what was your reason?’ she carried on.

The store worker replied: ‘I didn’t think she was a chaperone.’ 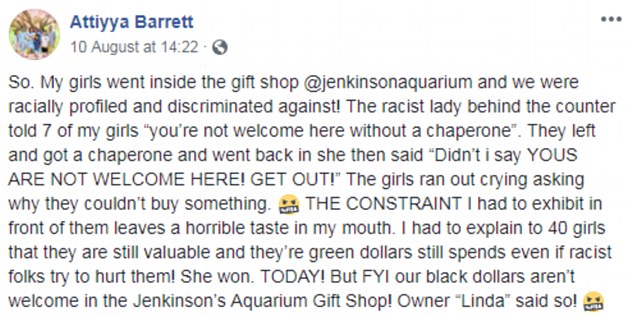 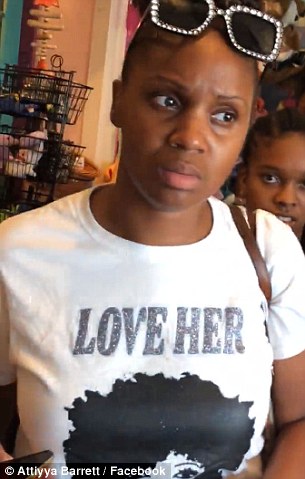 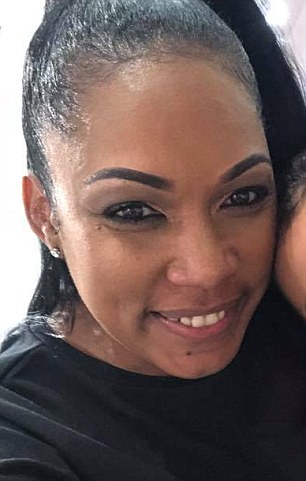 Attiyya Barrett, the camp director, (right) said the store owner told her ‘you guys love to get your phones out to record’ when she started filming. One of the chaperones who was called on after the incident is pictured (left) in the store standing in front of the girls

The girls from the summer camp have since said the experience left them feeling ’embarrassed’.

‘I’ve never been in a situation like that before… it was a pretty bad experience because we didn’t do anything wrong,’ Kierra Williams, 12, told northjersey.com.

Her cousin, Kianna, was with her at the time. She said that they had just toured the aquarium and were excited about their day out when the incident occurred.

‘We were all excited to go because a lot of the girls had not been there before,’ she said.

She claimed that after they were told to leave, the woman threatened to call security.

Jayla Bush, a 12-year-old who was part of the group, said she thought the incident was ‘a colored thing’.

Sajadah Tisder, the fourth girl who is 13, said: ‘This is the world we live in today.’

Jenkinson’s initially suspended the woman in the video and apologized to the group. 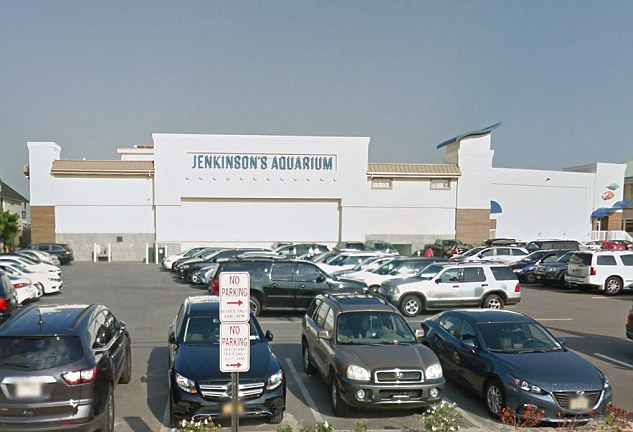 In a statement, the company said: ‘We strive to provide all of our customers with an enjoyable experience and we clearly missed the mark this time.

‘We sincerely apologize to the girls from the camp group for the way they felt upon leaving.

‘We have been in contact with the group leader and will continue to work with her to make amends,’ Wolf said.

Barrett was furious about the exchange which she said undermined everything the camp taught.

‘The constraint I had to exhibit in front of them leaves a horrible taste in my mouth.

‘I had to explain to 40 girl that they are still valuable and their green dollars still spends even if racist folks try to hurt them,’ she fumed on social media.

It is the latest in a string of incidents across the country where black or Hispanic people have recorded being asked to leave premises or had their presence questioned by a white person without explanation.