Gigantic 'Pac-Man' ocean-cleaning device is ready to gobble up 80,000 tons of floating plastic

On Saturday, the £20m ocean-cleaning device headed from San Francisco Bay to the Great Pacific Garbage Patch – which now covers an area the size of France – located between Hawaii and California. 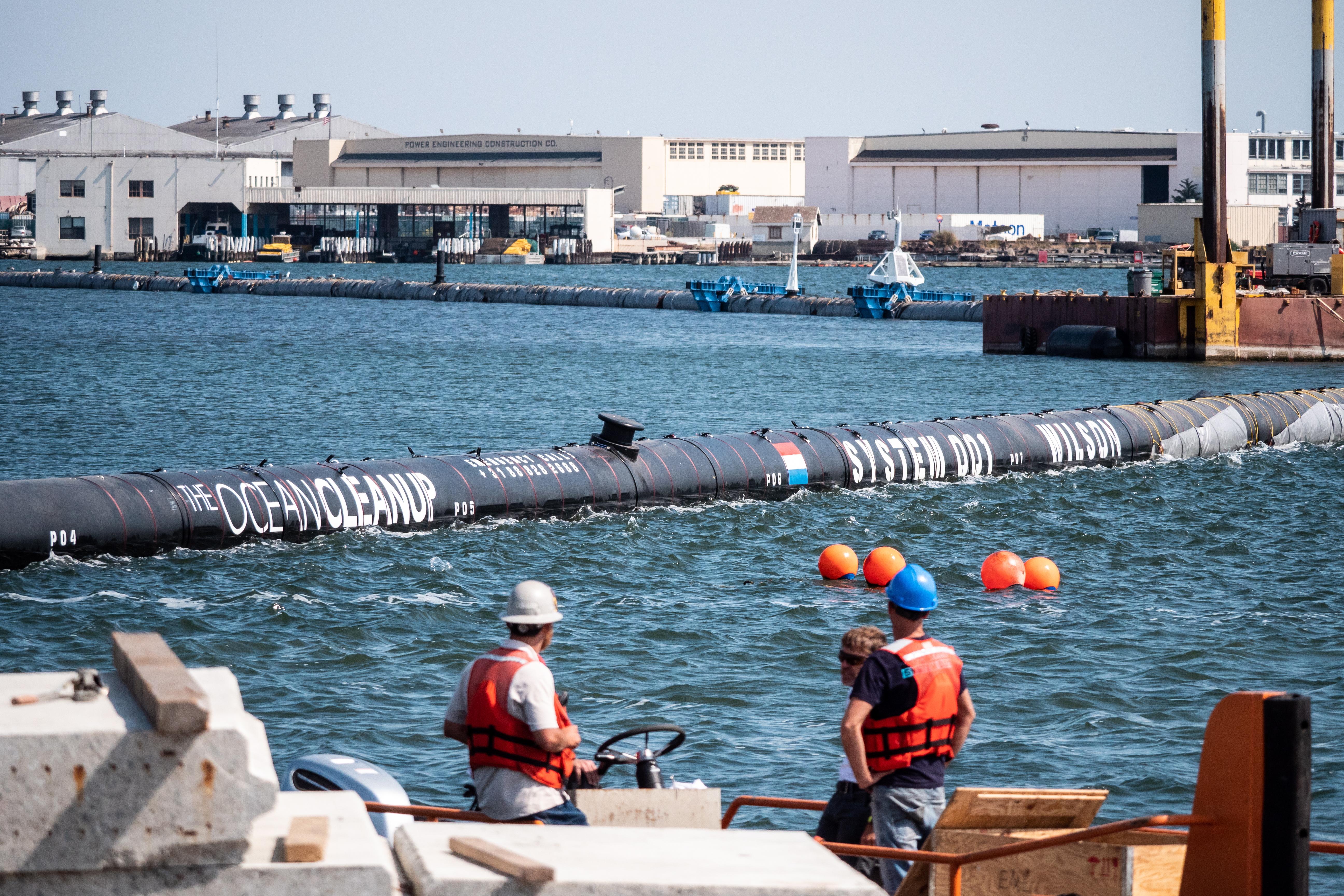 System 001, developed by non-profit organisation Ocean Cleanup, consists of a 600-metre-long floater that sits at the surface of the water and a tapered 3-metre-deep skirt attached below.

The tube is shaped into a horseshoe and will drift naturally with the currents and the winds. Because it will move faster than the bits of plastic in the water it will gather them into a small area. The trapped debris will be collected by a vessel every few months and taken to land to be recycled.

It is designed to collect larger debris to stop it from breaking down in dangerous microplastics. 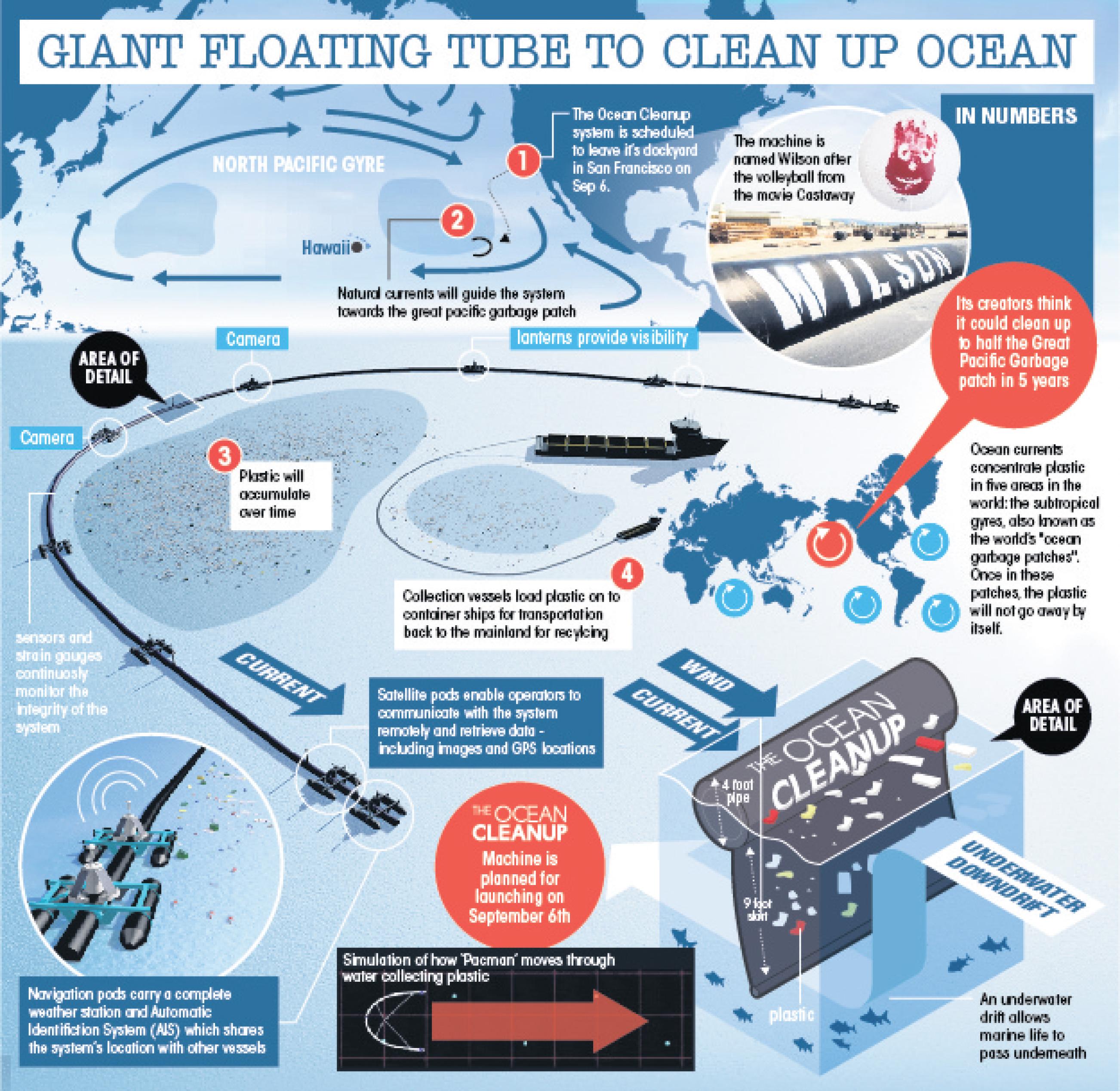 Dutch innovator Boyan Slat said his device is the best way to clean up the ocean todayIt took five years to design and was invented by 24-year-old Dutch innovator Boyan Slat who hopes it will fetch 80,000 tons of plastic in its first year. If successful, more systems will be rolled out to the Great Pacific Garbage Patch where it is estimated 1.8 trillion pieces of plastic weighing 80,000 metric tons are currently afloat.

But the pac-man has received heavy criticism from members of the marine community who believe the device will not reach the tiny pieces of plastic which will sink to the bottom of the ocean. What’s more, while the system is designed for fish to go underneath, there are concerns creatures such as jellyfish which float on the water’s surface could get trapped in the device.

But Dutch inventor Boyan Slat hit back at the criticism, saying: “I don’t think there’s much of a choice in what we’re trying to do.

“Research shows the plastic doesn’t go away by itself and keeps fragmenting over the next few decades. If we don’t clean it up now, all of it will become micro plastics and then we are in a much worse state than we are today. 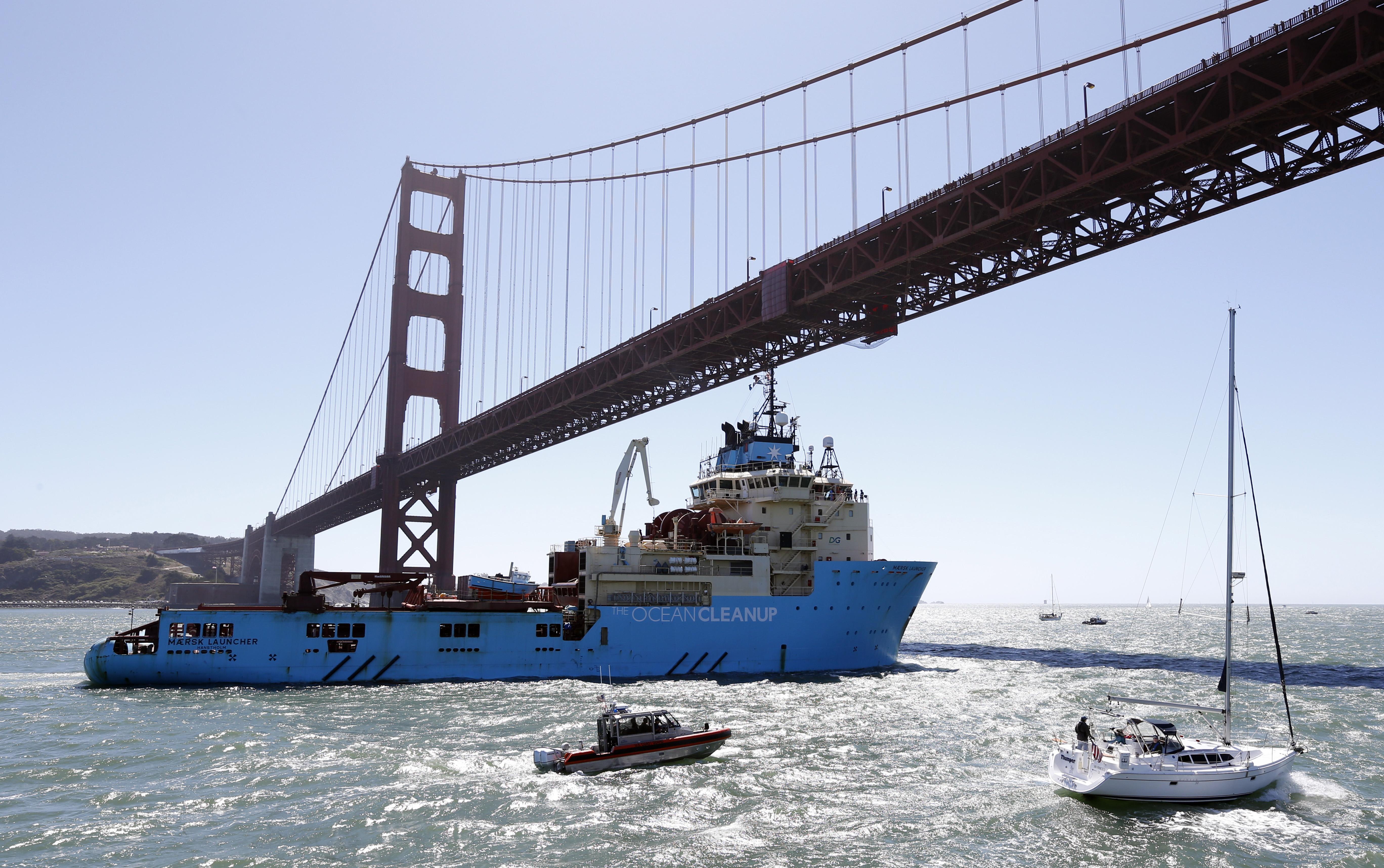 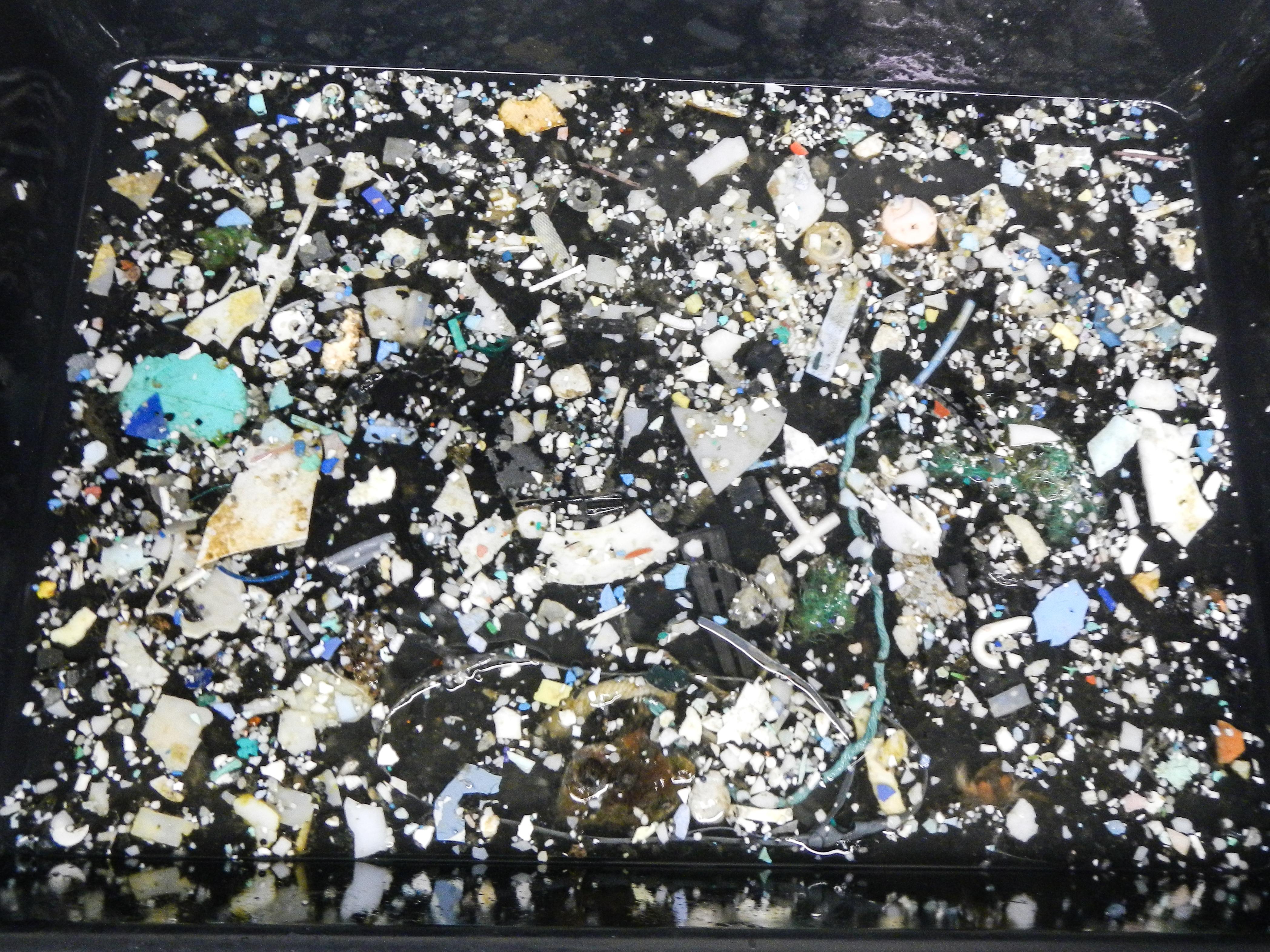 “This is the best way we could figure out how to do it.

“If there are better ways, we’d love to know.”

If successful, The Ocean Cleanup project is pressing on with its plans and believes it could remove 90 per cent of ocean plastic by 2040.