The tall guy… and the fall guy: Giraffes bash heads in brutal battle in South Africa’s Kruger Park before victor poses with hoof on collapsed foe

Incredible footage of the fight shows the two giraffes knocking their heads into each other’s necks – before the alpha male knocks the other down and kneels on his body in victory.

A witness said the fight, which happened on August 5, lasted around 45 minutes in total. 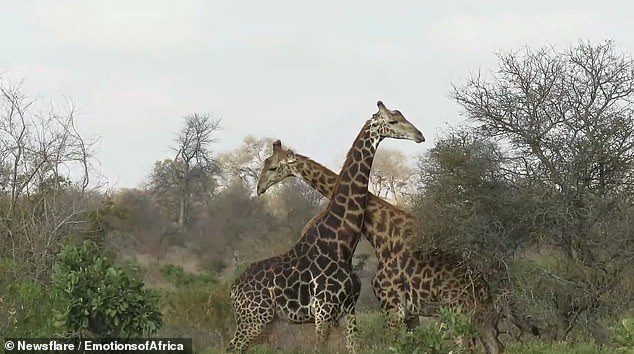 A violent fight between two male giraffes was captured on camera in Kruger National Park, South Africa on August 5

The video shows the two giraffes sparring, swinging their necks at each other violently.

One giraffe is eventually knocked to the ground and the other stands over him, resting a hoof on his body.

However, after a few minutes, the defeated giraffe, who now has a bloody ear slowly gets to his feet again.

His opponent immediately begins slamming his neck again, showing him no mercy and he is knocked to the ground again. 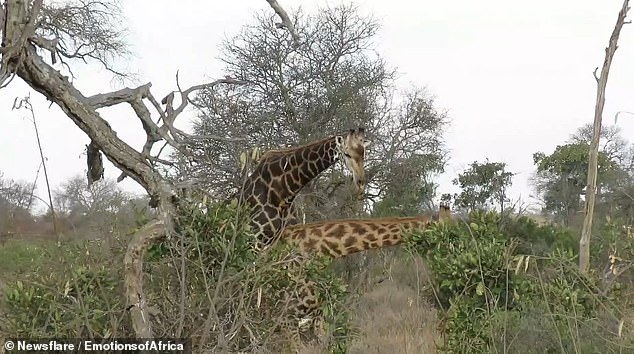 The video shows the two giraffes ‘necking’, swinging their necks at each other to knock the other off balance 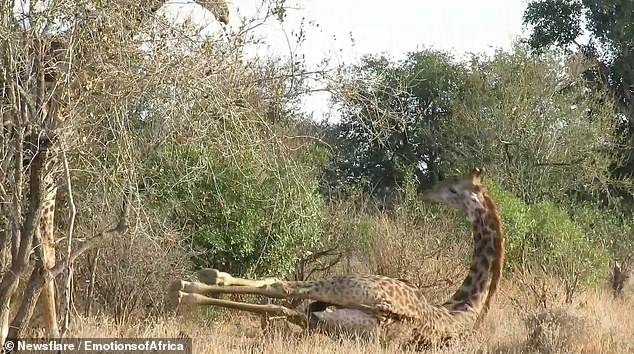 This time, the victor stands over him, and pins him down with one hoof on the body to assert dominance.

When the giraffe rises for a second time, he is dealt a few more whacks and is seemingly escorted out of the victor’s territory.

The filmer, Edrich, told Newsflare: ‘The whole ordeal lasted around 45 minutes and ended with the dominant male walking after the defeated male until he exited his so-called territory.

‘The defeated giraffe was badly injured and will be left with serious battle scars for the rest of his life, reminding him of this devastating fight he had to face.’ 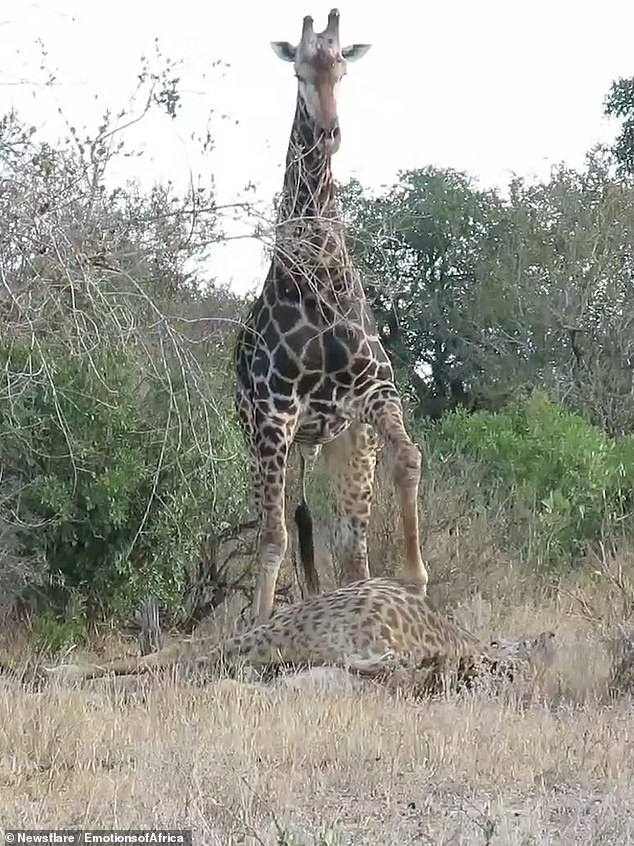 The video of the giraffe fight is a rare battle to behold in the animal kingdom.

However, the clip of the fight shows a giraffe behaviour called ‘necking’  which is used to establish dominance or to win the right to mate with the females in a particular area.

In high intensity necking, as seen in this footage, giraffe opponents will swing their two-metre-long necks at each other, attempting to cause real injury.

A necking duel can last more than half an hour, depending on how well matched the combatants are. 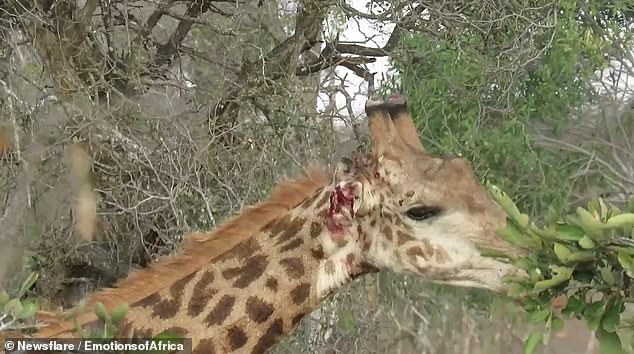 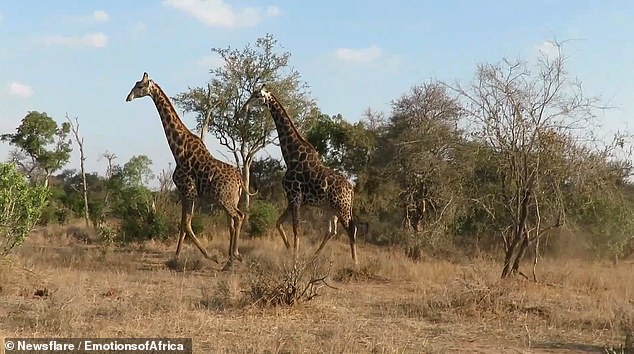