Girl, 9, who lost leg to meningitis told she must lose second one too

Brave schoolgirl, nine, who lost her left foot after catching meningitis on her parents’ honeymoon two years ago is told she must lose the right one too

A schoolgirl who had to have her foot amputated after being struck down with meningitis on her parents’ honeymoon has been told her other one needs to be removed.

Brogan-Lei Partridge’s parents Aimee and Craig thought she had an eye infection when she started to feel on unwell while they were all away in Cornwall in June 2016.

But when they returned home to Birmingham they were still concerned and rushed her to A&E.

There the then seven-year-old developed a devastating rash and was diagnosed with meningococcal meningitis and septicaemia. She then had to have her left foot amputated.

Two years later, the inspirational little girl has been told that her right foot must be removed too.

But her mother says brave Brogan remains positive, despite not knowing what the future may hold.

The Bartley Green mother-of-four said: ‘She is such a brave girl about it all.

‘We’re so lucky that she was saved but we were devastated when Brogan-Lei had to have her left foot amputated due to the septicaemia.

‘The damage was done within just a few hours, but only time will tell how much the disease will affect her life.

‘We’ve been told she will need to have her right foot amputated too, and we are just awaiting a theatre slot.’ Pictured: Brogan-Lei developed a devastating rash when she got meningitis and then septacaemia in June 2016 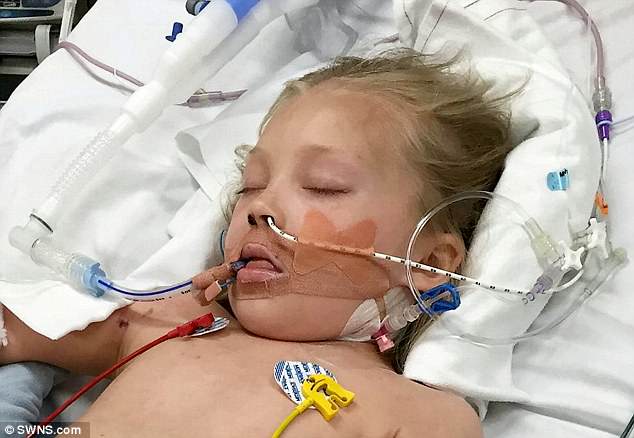 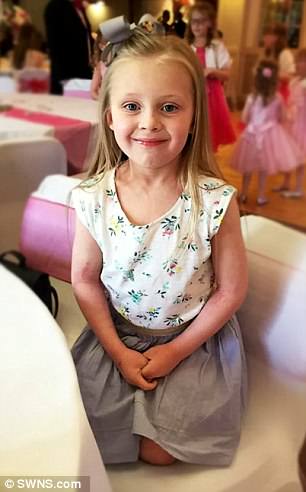 Before and after: Brogan-Lei is pictured left before she was struck down by the deadly illness and right after in hospital

She told of how Brogan-Lei was a bridesmaid at her and her husband’s wedding on June 18 2016 before the family travelled to Cornwall for the honeymoon.

When the youngster starting vomiting they took her to hospital but she was allowed to go home.

On their return to Birmingham she was still ill and they took her in again, where their worst fears were concerned.

Now her family hope sharing their story will help others be aware of the most common symptoms of the disease.

They include feeling unwell, nausea, vomiting, stiff neck, headache and a rash that does not turn white when you press a glass against it.

‘We wouldn’t wish this on anyone,’ she added. 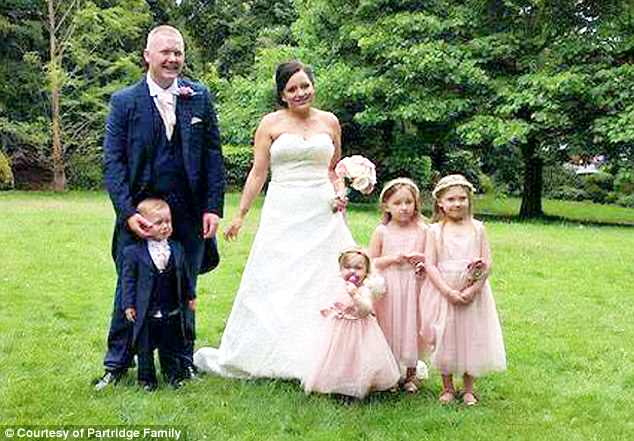 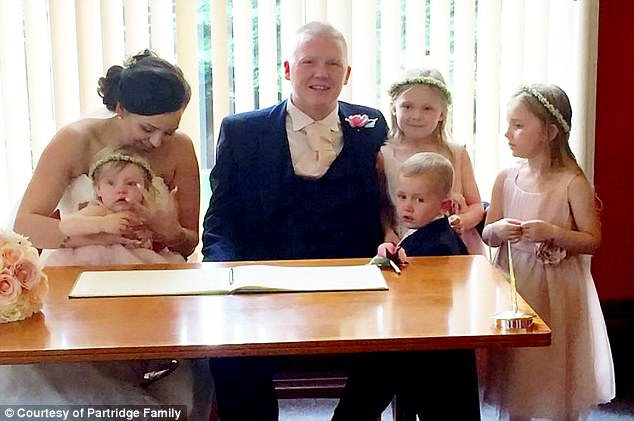 Over £4,000 was raised after a crowdfunding appeal went viral to give Brogan-Lei enough money for an experience of a lifetime on her recovery.

The news comes as new research funded by Meningitis Research Foundation has discovered the cause of rapid and deadly blood clotting that can lead to amputation or death.

Scientists at the University Paris Descartes have discovered that the infection activates a molecule in the blood vessel lining that prevents the body from stopping the deadly clotting.

The family hope this latest development will help research vital treatment to stop other children being so badly affected by the disease. 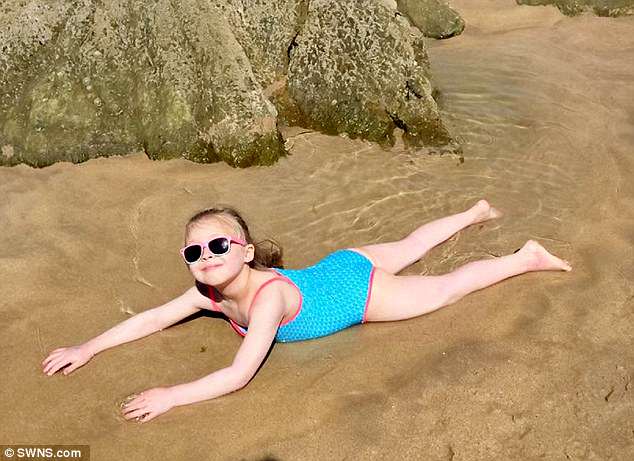 Brogan-Lei is still positive despite having her second foot amputated. She is pictured on holiday before her illness

WHAT IS MENINGITIS AND WHAT ARE THE SYMPTOMS?

Meningitis is an infection of the protective membranes that surround the brain and spinal cord (meninges).

It can affect anyone, but is most common in babies, young children, teenagers and young adults.

Meningitis can be very serious if not treated quickly.

It can cause life-threatening blood poisoning (septicaemia) and result in permanent damage to the brain or nerves.

Symptoms of meningitis develop suddenly and can include:

– being sick a headache

–  a dislike of bright lights

You should get medical advice as soon as possible if you’re concerned that you or your child could have meningitis.

Trust your instincts and don’t wait until a rash develops.

The Crown's Emma Corrin shares more candid backstage clips
We and our partners use cookies on this site to improve our service, perform analytics, personalize advertising, measure advertising performance, and remember website preferences.Ok