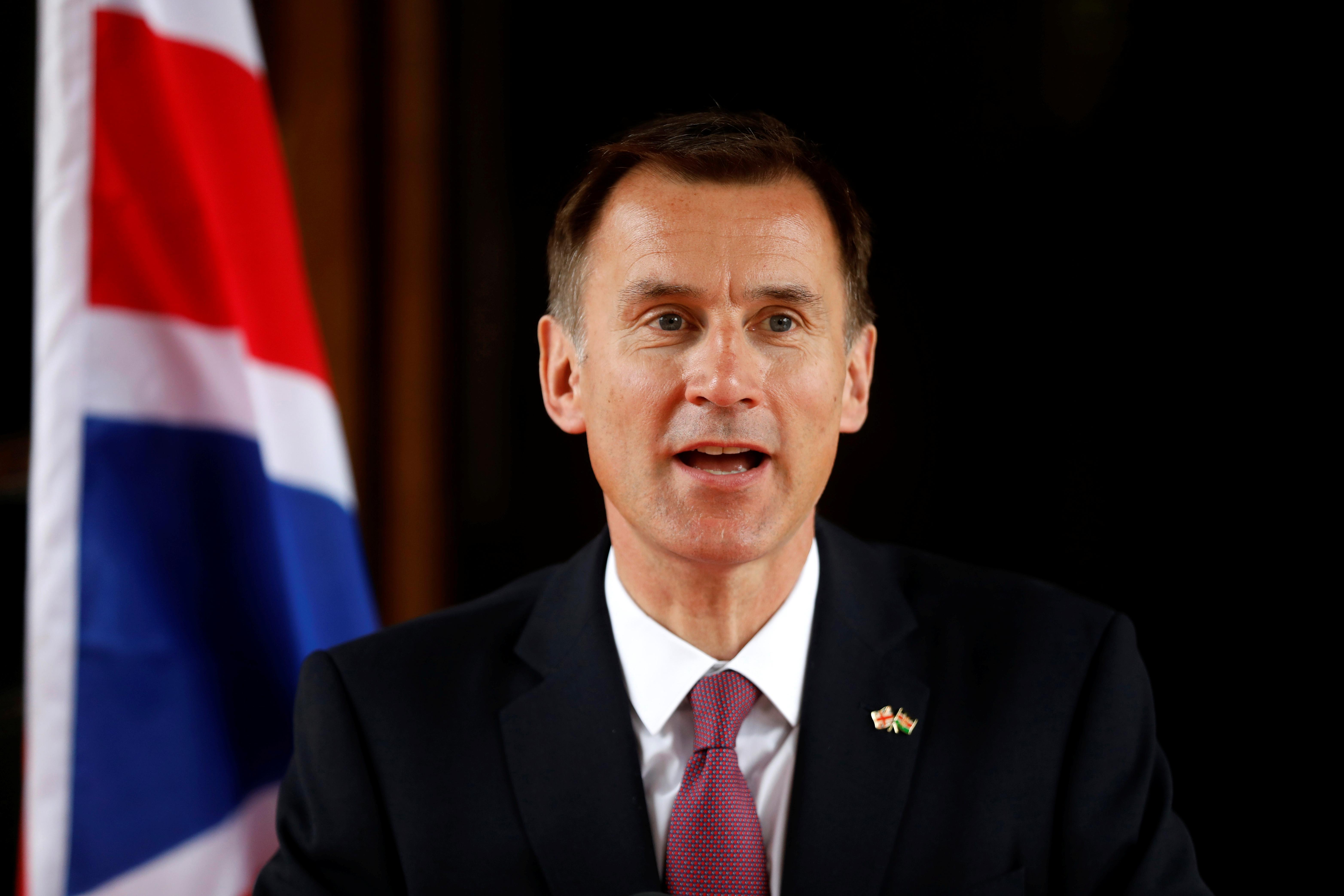 LONDON (Reuters) – British foreign minister Jeremy Hunt said he saw a “glimmer of hope” that his Conservative Party could reach a compromise on Brexit with the opposition Labour Party, but did not think Labour’s customs union proposal was a long-term solution.

“The glimmer of hope we have in this situation is that both Conservative core voters and Labour core voters want Brexit sorted, and both would be extremely angry with the party they voted for if we had another general election without Brexit being delivered,” he told the Press Association news agency.

“If we can find a solution that delivers the benefits of the customs union without signing up to the current arrangements, then I think there will be potential (for a deal).”