This is the comical moment a golden retriever could not contain his excitement and frantically ran around the beach after witnessing his owners get engaged.

Footage captured on Marion Bay beach in Tasmania shows the two-year-old canine named Sonny explode with energy and get a serious case of the ‘zoomies’ after his owners Madison and Jack get engaged.

The excited dog begins to dig a small hole as Jack drops down to one knee and proposes to Madison.

After getting a glimpse of the ring, Sonny runs in the direction of the camera before dashing around the beach and appearing to make a heart shape around his owners – who have been together for seven years. 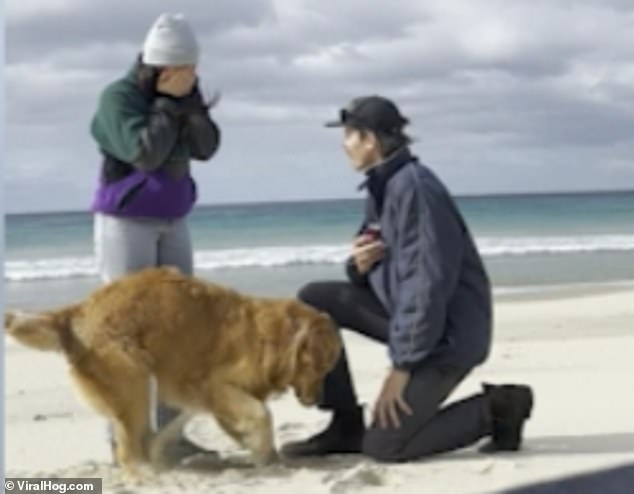 Golden retriever Sonny digs a small hole as Jack gets down on one knee and proposes to Madison on Marion Bay beach, Tasmania 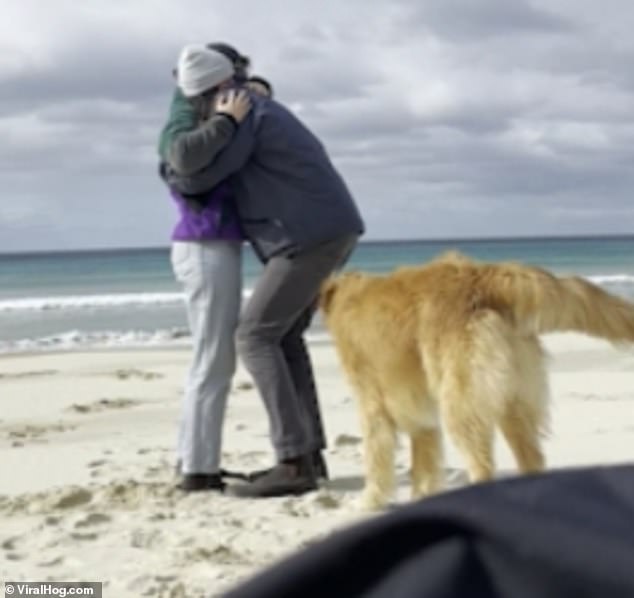 As Jack places the ring on Madison’s finger and the couple embrace one another, the dog continues to run around them with excitement.

Madison and Jack, who got engaged on August 13, later took to their TikTok page to reveal they were planning to have their wedding next April.

Madison said: ‘After Jack proposed he had organised his parents to look after Sonny at our house and he told me to pack a bag. We went into town to this beautiful hotel and we stayed there and he had organised a beautiful restaurant for dinner. It was the best day of our lives.’

The bride-to-be went on to say she was not sure if Sonny would take part in the couple’s upcoming wedding because he ‘gets very excited’, before looking at the canine and asking: ‘Do you want to be the ring bearer?’

After her proposal Marion took to social media to write: ‘After sharing our proposal video over on my TikTok account we had it viewed over 11 million times. Safe to say everyone loves love and they love Sonny.

‘Thanks to everyone who liked, shared and celebrated our special moment. Welcome to my new followers here too.

‘Marion Bay beach, where Jack proposed, was where we would drive to on the weekends to let Sonny run around and be free to swim in the waves, chase sticks and just generally go cray cray (sic).

‘Often on the drive there Jack and I will listen to our favourite music, and talk about how lovely the land of Hobart/Nipaluna really is and how lucky we are to live here. 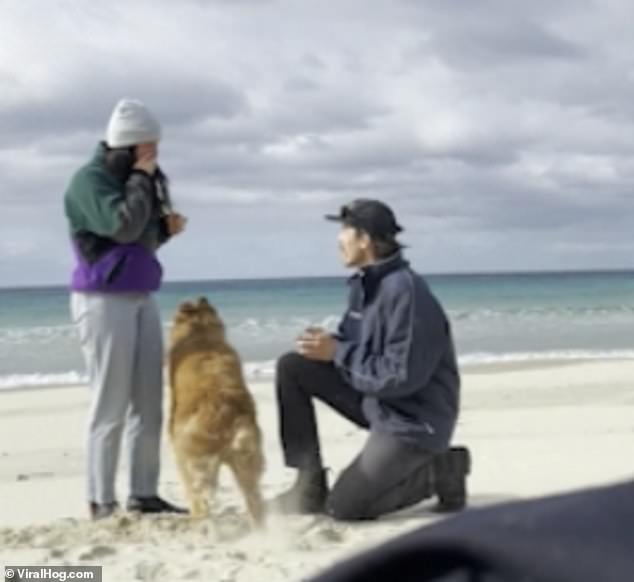 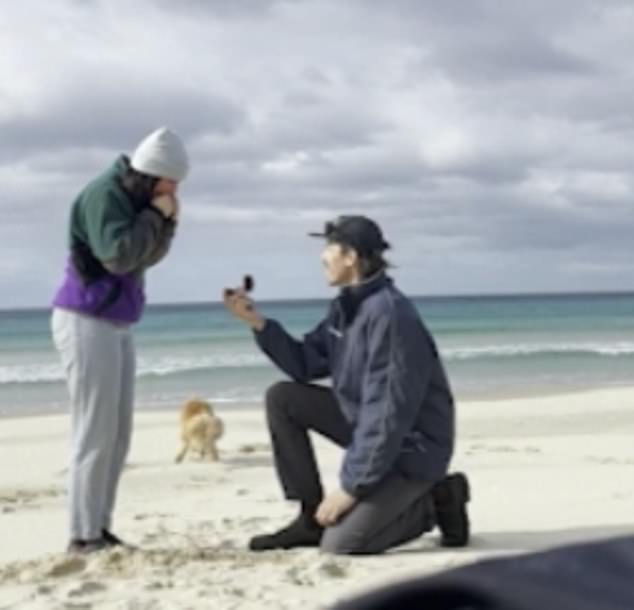 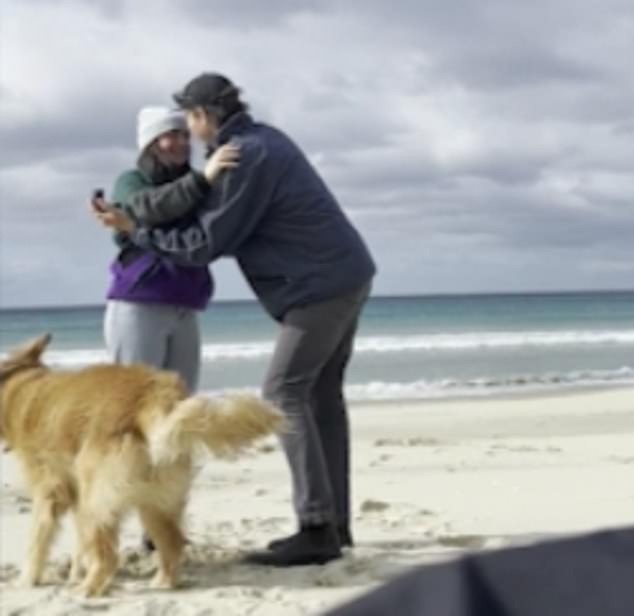 ‘We chose the song that I will walk down the aisle to on that exact drive one day, a song that made us both cry with gratitude for each other and our lives with Sonny.

‘The thing that I appreciated so much about Jack’s proposal was that it was so simple and meaningful. And of course, he knew I would appreciate having a video of it to look back on, we didn’t realise so many others would also experience feelings of joy and love watching it too. But we’re glad.’

Viewers later took to social media to share their thoughts on the heartwarming scenes.

One person wrote: ‘The dog understood the assignment.’

While another person added: ‘I cracked up with the digging. Your dog knew the right energy to bring with the zoomies.’

Elsewhere another viewer commented: ‘The dog felt the energy and knew what’s up.’

Viewers congratulated the couple on their engagement, with one saying the dog’s zoomies made this ‘much more beautiful’