Gordon Brown will wade back into the Brexit debate this week to demand a second referendum on the final deal.

The ex-Prime Minister will join the Labour Against Brexit campaign seeking to frustrate the 2016 vote to quit the European Union.

Mr Brown’s speech will heap pressure on Labour leader Jeremy Corbyn who backs the Government on delivering Brexit. Labour has its own demands for the deal but opposes a second referendum.

He will be introduced by his wife Sarah Brown, the Sunday Express revealed, in the pair’s first joint appearance on the political stage since he was PM. 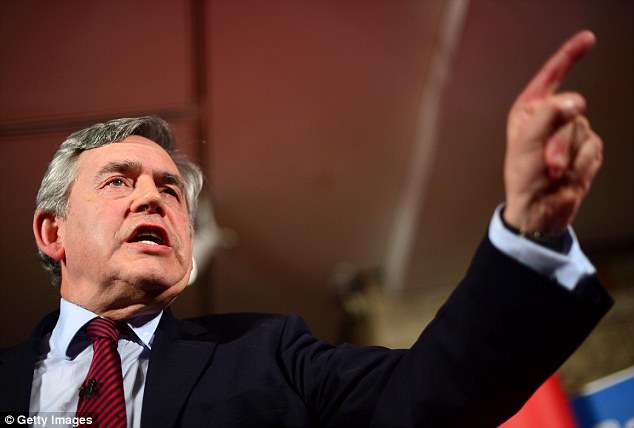 In comments made last year, Mr Brown predicted that by now voters would be clamouring for another referendum.

He said there would be a ‘crisis point’ this summer when ‘the public will have made up their mind that the four red lines that the Government had actually set in place are going to be crossed.

Mr Corbyn spent two days in Northern Ireland this week promoting his own vision of how to make Brexit work.

He addressed a meeting of business leaders in Londonderry: ‘Please, to the parties in Stormont: you have to come together to re-form a government there.

‘It is impossible to go through a period so crucial as Brexit negotiations without a voice for Northern Ireland being made at the table by the political classes in Northern Ireland.

‘I hope they understand that message and I hope that we can make very rapid progress on that.

‘There is to be a transition period but the transition period is not unlimited, that we well know, and crucial decisions are going to be made in the next three months and I understand very clearly the message that you have given me here this morning.’ 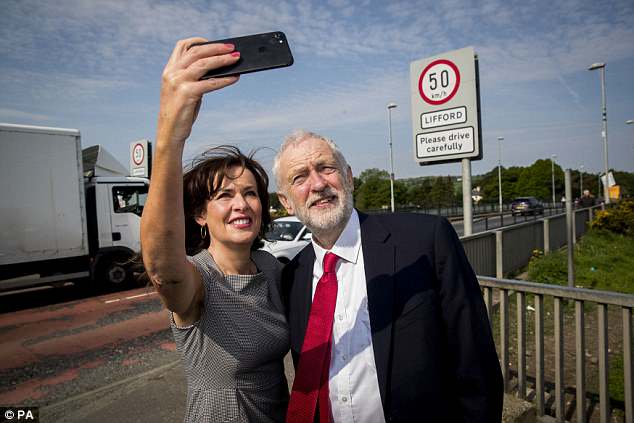 A ‘backstop’ border option if no other deal was reached with the EU would see Northern Ireland and the rest of the UK follow Brussels regulations relating to co-operation on the island of Ireland to protect frictionless all-island trade.

The British Government has said it is focused on securing a customs deal which would avoid the need for such a backstop and has ruled out anything which would create a regulatory difference between Northern Ireland and the rest of the UK.

Mr Corbyn walked the Lifford bridge between Northern Ireland and the Republic, close to the Co Tyrone town of Strabane, and took selfies with passers-by.

He supports a customs arrangement with the EU to protect trade and ensure no regulatory barriers after Brexit.

The British Government is examining whether a customs partnership or a technological solution to border checks can be made to work.

The Opposition leader added: ‘Any kind of border, physical border, virtual reality border, technological border, whatever, would be very damaging to the economy.’