A small number of children of British jihadis in Syria will be brought back to the UK.

The Foreign Office will bring the orphaned and abandoned children home and will work to stop them following in their parent’s footsteps.

There are believed to be 60 British children held by western-supported forces in north eastern Syria.

Lawyers for the government will make them wards of the court, meaning the state will be responsible for them, to reduce the risk they will grow up into extreme Islam and pose a threat to the UK.

The ‘handful’ of children will be raised in care, reported The Sun, with the High Court having ‘supreme legal guardianship’ over them. 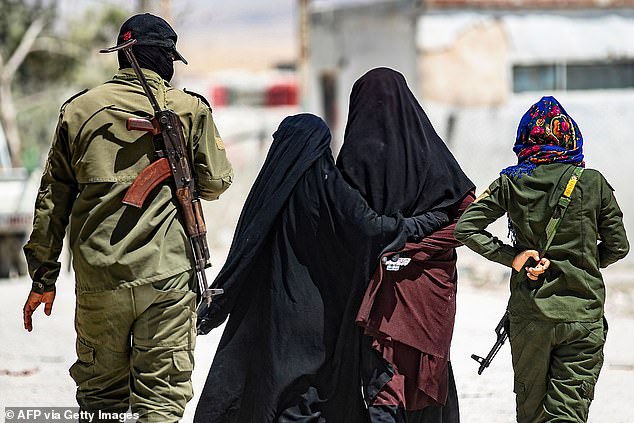 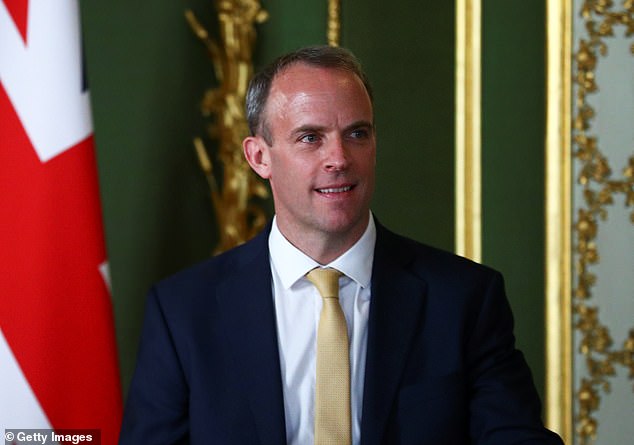 Foreign secretary Dominic Raab, pictured, said bringing these vulnerable children back to the UK is the ‘right thing to do’

Less than five of the children of British jihadis have been tracked down ahead of being brought to the UK and their parents are either dead or ran away.

It is thought that more than 14,000 women and children were guarded in prison camps by the Kurds after ISIS collapsed in Syria and Iraq.

In November three orphans were extracted and flown to the UK in a mission run by Foreign Office officials who were guarded by special forces.

Bringing back the next few children could take months.

The Prime Minister has previously said he has ‘great sympathy’ for the abandoned children of extremists.

Dominic Raab, the Foreign Secretary, had called bringing back the vulnerable children the ‘right thing to do’.

Approximately seven British men and 25 British women are being held by Western-backed Syrian Democratic Forces in camps under their control.

It is believed there are approximately 60 children of British parents in the camps.

The three children who returned late last year were orphans.

The children and their families are being held at the Al-Hawl camp in north eastern Syria.

Save the Children said the government should act immediately to secure the future of children in the camps.

George Graham, the charity’s led on Protecting Children in Conflict said: ‘Children in Syria who have fled ISIS-held areas are innocent. They are swept up in horrific events far beyond their control and their short lives have been full of violence and fear. Now they are stranded in desolate camps in dire conditions. Many have injuries or disabilities from the fighting. At least 300 children have already died there.

‘One 15-year old girl arrived at the camps with shrapnel embedded in her stomach. She was in so much pain while waiting for treatment that she resorted to cutting it out herself using a rusty razorblade that she found on the floor. 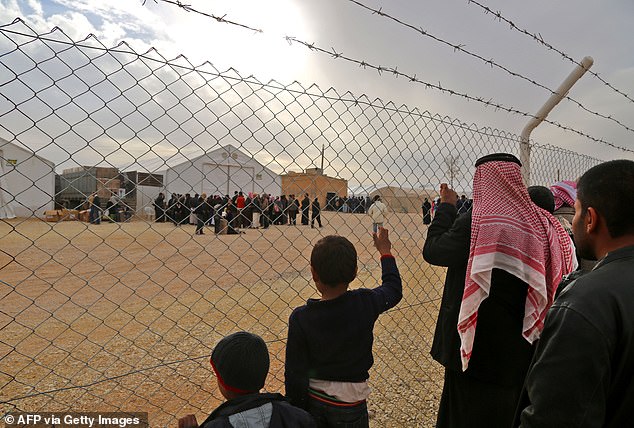 ‘Another girl, who was 14 when she was taken to Syria, told us that under ISIS she was raped, forced to marry and saw her father beheaded. A 15-year old boy told us he was imprisoned and given lashes.

‘But we know that with the right care children bounce back, recover and amaze us. They want to play and learn, and just be children again. They want to grow up to be doctors, teachers and football players. These children are no different, no matter what they’ve been dragged into by the decisions of adults.

‘All children deserve help to recover. We can and must give the British children in the camps the best chance for recovery by bringing them to the UK to be surrounded by care and support. The actions of ISIS and the war in Syria have already claimed too many children’s lives.

‘When we started helping one 15-year old boy he told us “I was so surprised to find kindness in an adult. I wasn’t expecting that there would be people in the world who want to help children like me”.’