Government recruits army of volunteers to carry out coronavirus checks

The Government is working with the high street pharmacist Boots to recruit an army of volunteers to carry out coronavirus tests as Boris Johnson scrambles to hit his 200,000 checks a day target.

The Prime Minister said he wants the UK’s testing capacity to hit the number by the end of the month.

Boots is now advertising for 1,000 current staff and unpaid volunteers to work at least 32 hours a week as Covid-19 swab testers.

But unions have accused ministers of ‘taking advantage of people’s good nature’, insisting the programme ‘takes the notion of volunteering way too far’. 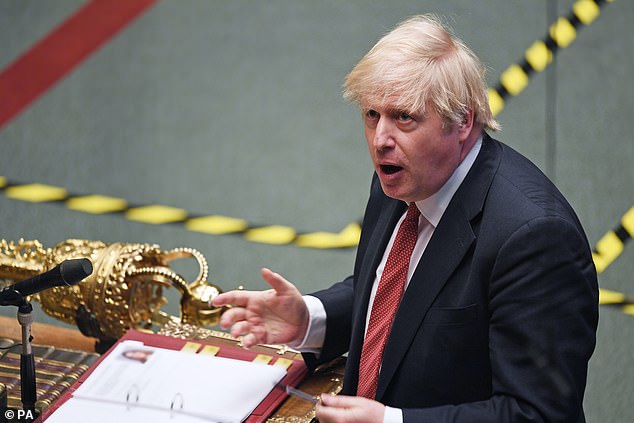 Boris Johnson, pictured in the House of Commons on May 11, has pledged to increase the UK’s testing capacity to 200,000 by the end of the month 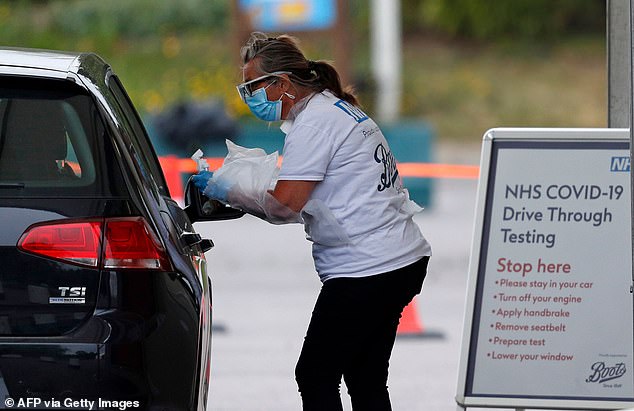 Boots is advertising for volunteers to help staff testing sites. A drive-through centre is pictured in Chessington

The volunteer Covid-19 tester adverts, posted on Boots’ website, said that more support with testing was required because of the ‘significant’ amount of screening required to combat the virus.

It said it was working with the Department of Health and Social Care (DHSC) to set up and staff a number of test stations across the country.

Volunteers should be able to work at least 32 hours a week and full training and NHS-standard protective equipment would be provided, it said.

It added: ‘Screening is currently taking place, however the volumes required to combat the virus are significant and it is clear more support is required for testing.

‘We have been asked to support the country’s efforts to understand infection rates and help with workforce demands to allow the NHS to continue caring for patients.

‘We are seeking to recruit up to 1,000 Boots colleagues and volunteers to work as part of a team of test operatives nationally undertaking Covid-19 swab testing in locations across the UK.

‘These colleagues will work alongside both Boots teams and other partners in the project in groups currently of up to five in designated locations with each site have a designated site manager.’

But Unison said that, unless Boots is offering its services for free to the Government, it should not expect volunteers to do so as well.

Its head of health Sara Gorton said: ‘Many people want to give their spare time to the NHS to help it through the Covid crisis, but this ad takes the notion of volunteering way too far.

‘Unless Boots is offering its services to the Government for free, it’s difficult to understand why it’s expecting anyone to do such important work for zero pence.

‘Having a comprehensive test, track and trace programme in place is crucial if we are to beat the virus.

‘So rather than work with private companies seeking to take advantage of people’s good nature, the Government would be better placed utilising the experience of NHS staff returning from retirement, or the healthcare students in their final years, to help expand the UK’s testing capacity.’

The advert said that applicants must be under 70, in general good health, not classified in any of the coronavirus high-risk groups and have no long-term conditions.

They must also be willing to work outside and mobile enough to reach into vehicles to take swab tests from the nose and throat at ‘potentially awkward angles’, it added.

Would-be volunteers are also warned to consider the risk to their family members in their household.

A DHSC spokesperson said: ‘The speed at which we have increased our testing capacity is unprecedented and a real success made possible by fantastic teamwork between the Government, key private companies and amazing volunteers.

‘Meeting the 100,000 target was a fantastic achievement but it isn’t the end of the goal, it’s just the beginning.

‘We will continue to expand our testing capacity, with thousands more tests becoming available every day.