THE GOVERNMENT'S plan to tackle coronavirus was too London-centric, a leading expert has suggested.

Professor Anthony Costello, of University College London, told MPs the UK gave up on contact tracing outside the capital too soon. 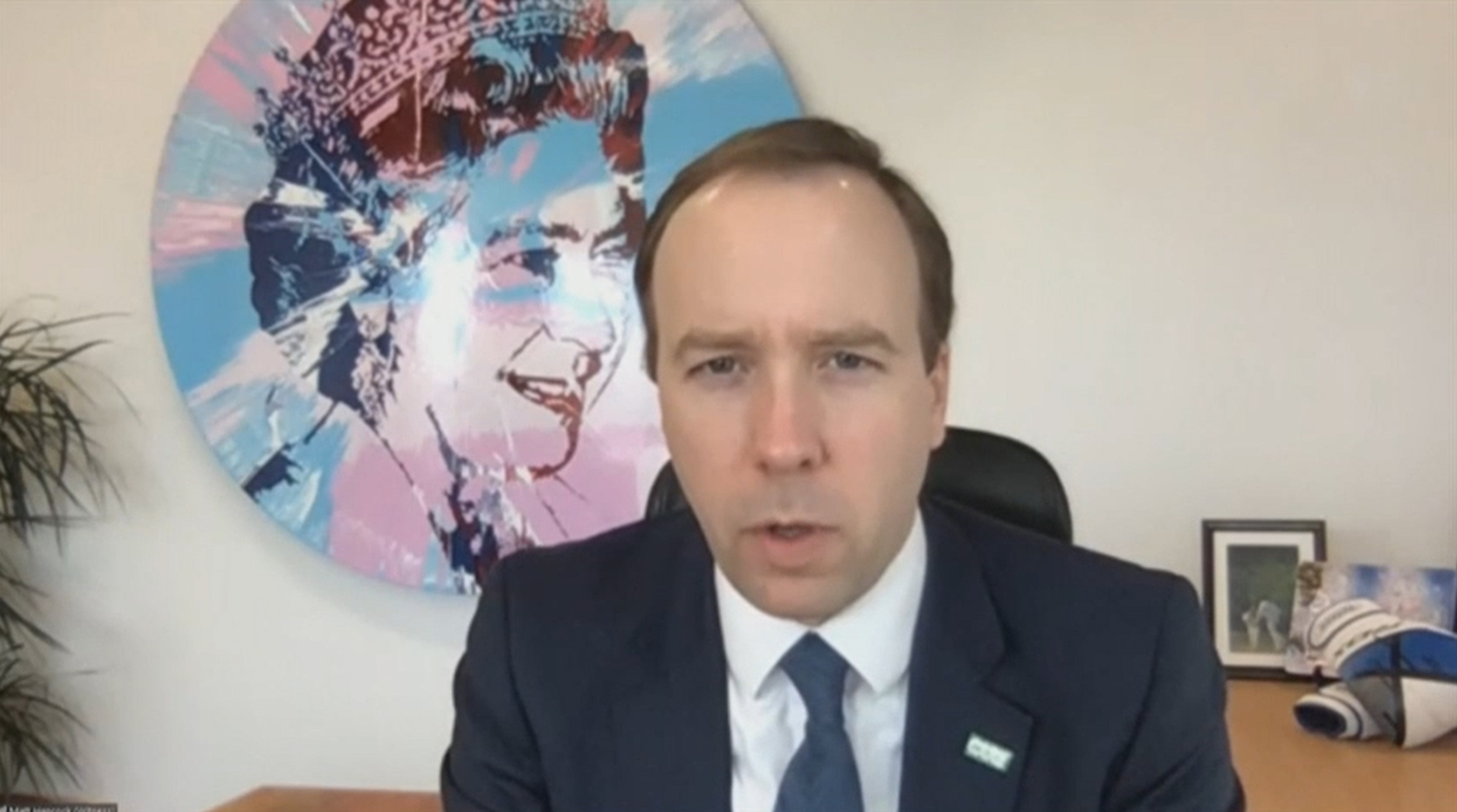 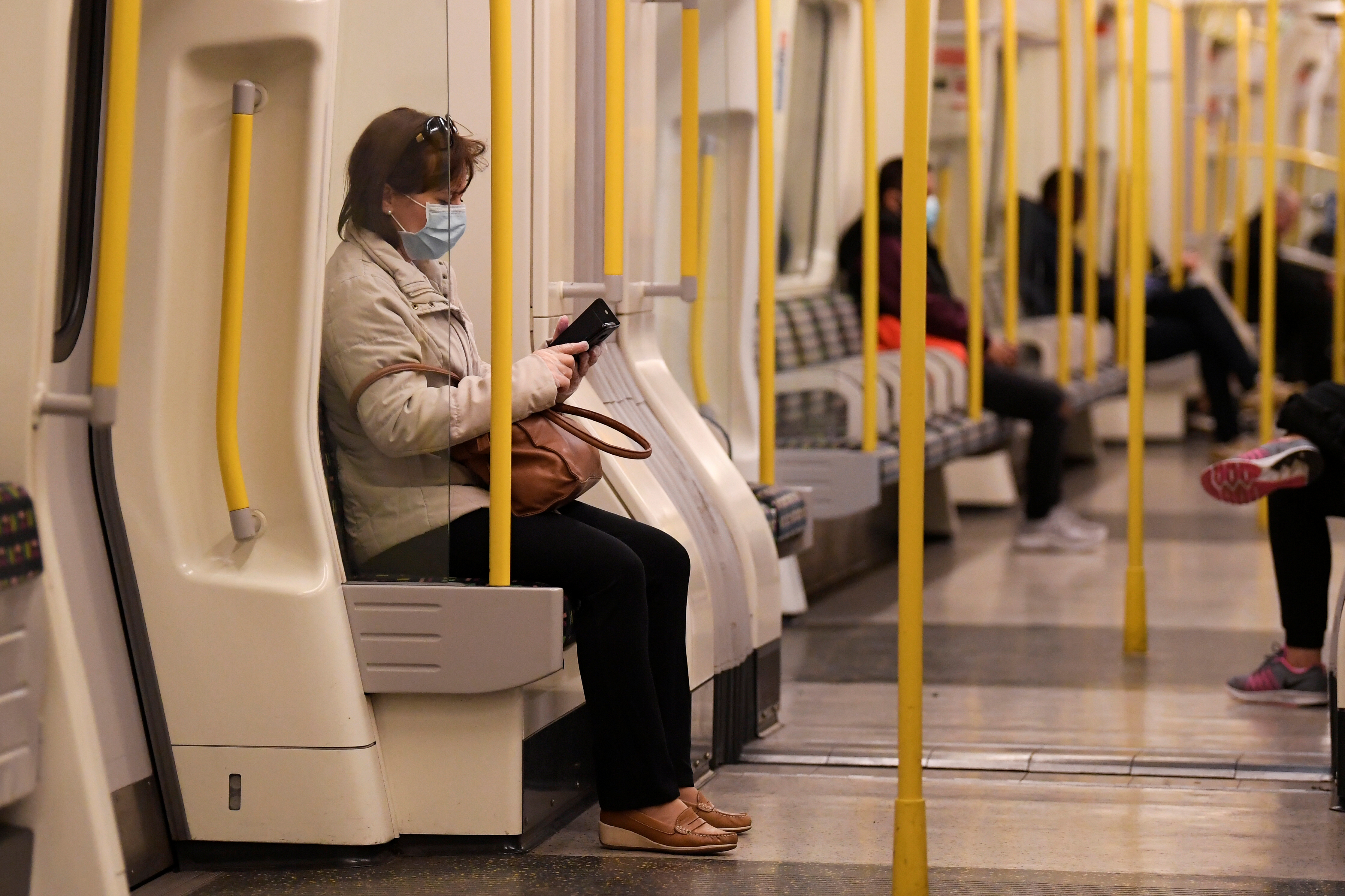 On March 12, the Prime Minister announced that we were switching to the "delay" phase of the plan to tackle the epidemic.

It marked a move away from containing the killer bug – which had seen health officials trace the contacts of every person who tested positive for coronavirus.

At that point, ten Brits had lost their lives to Covid-19, while 590 people had tested positive for the bug.

Boris Johnson explained at the time that the infection numbers were too big to "contain" and rather, the focus had to be on delaying the peak of the crisis to protect the NHS.

But, Prof Costello today argued that contact tracing should have continued outside of London and other major hotspots, like Wolverhampton, Birmingham, Liverpool and Glasgow.

Stressing it's important not to blame anyone, he told the Commons Health Select Committee: "In the UK, it is not a single epidemic.

"While cities like London, Wolverhampton, Liverpool and Glasgow were hit, the rest of the country was relatively untouched (at the beginning).

"Contact tracing does become difficult in hotspots and there the focus had to shift to protecting health workers.

"I was against the idea to stop contact tracing in those places." 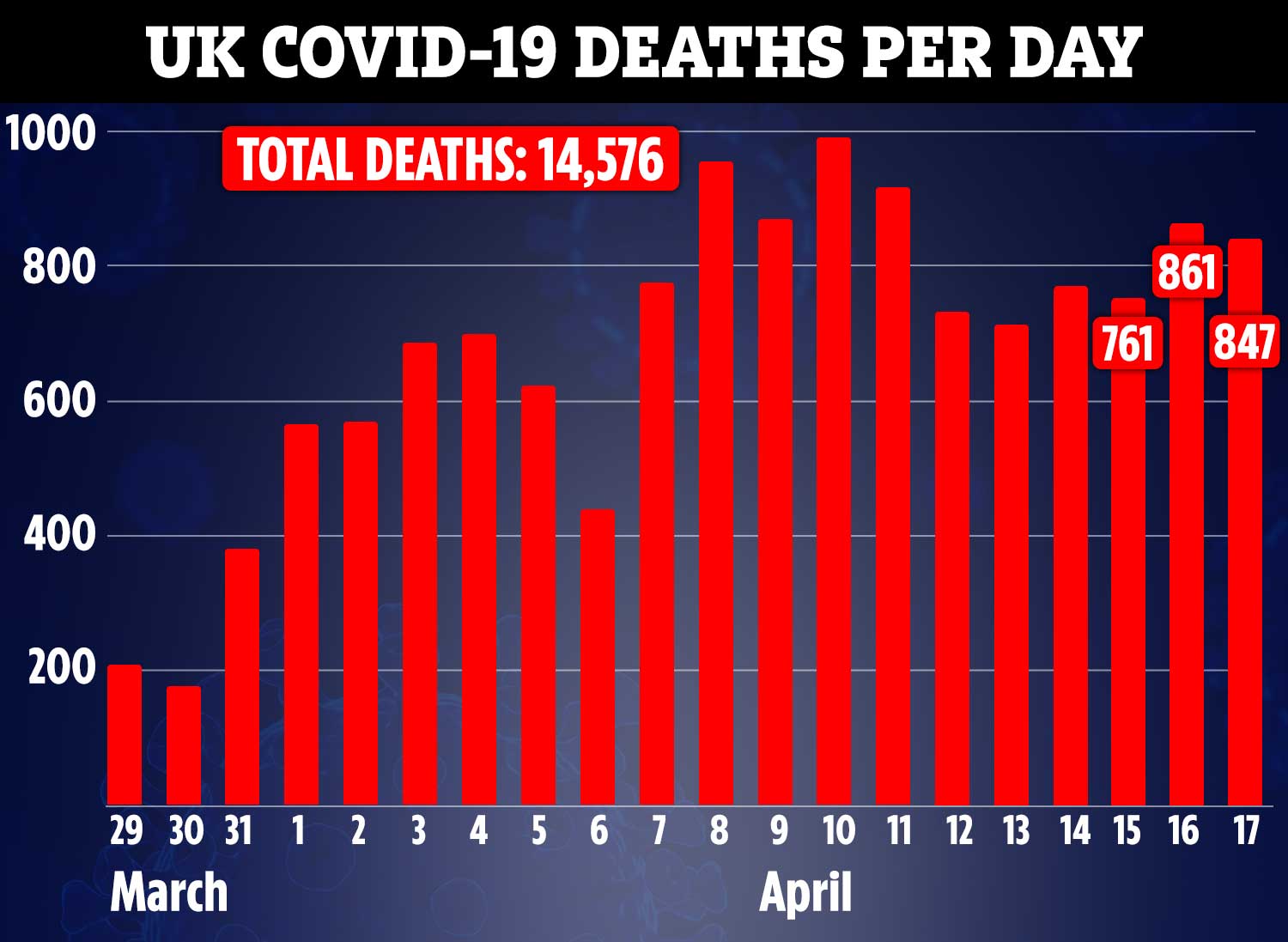 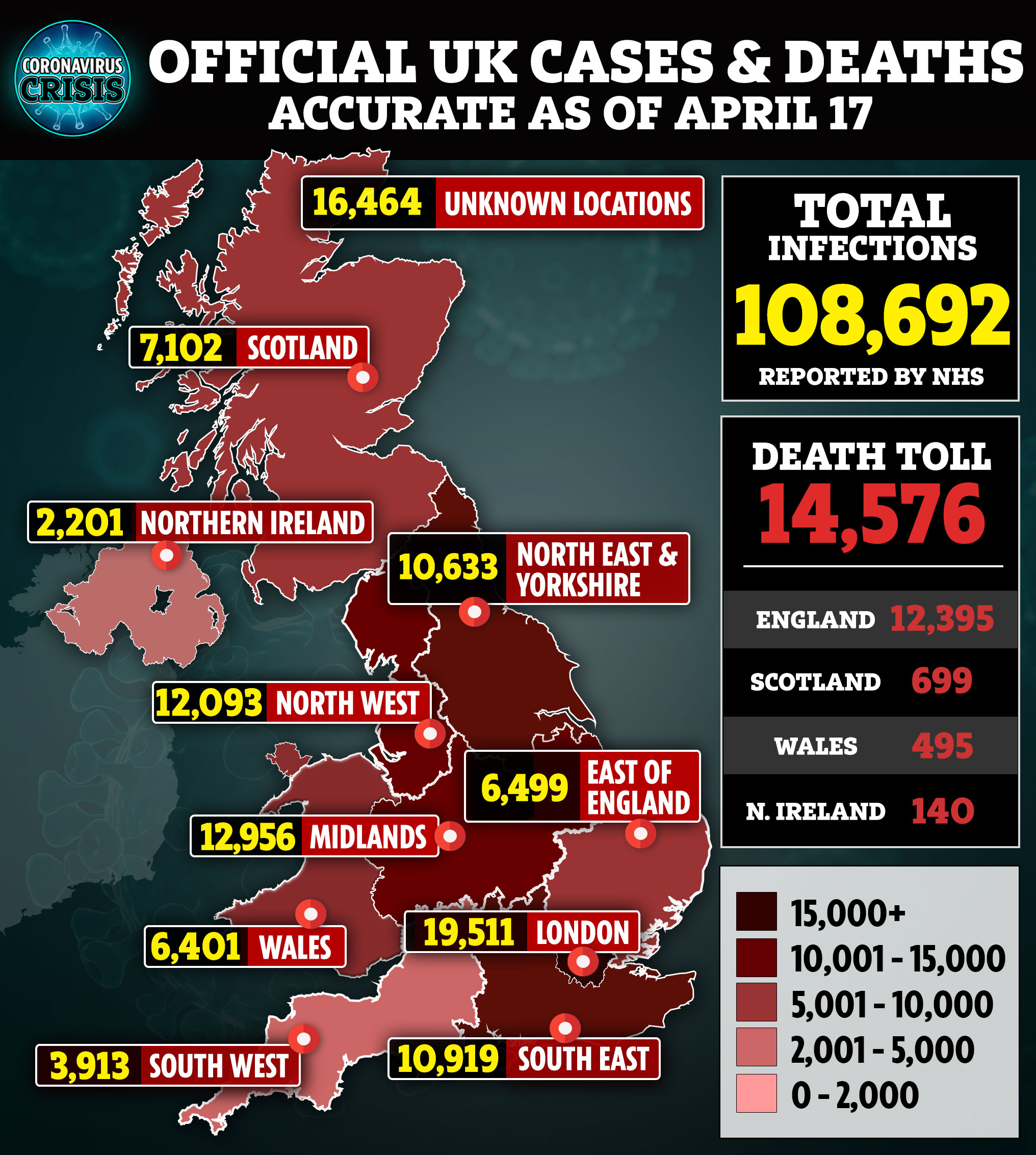 SUN readers are today urged to sign a petition calling for our NHS staff to be awarded the George Cross.

Yesterday, we backed a proposal by Lord Ashcroft to honour our health heroes with the gallantry gong given for acts of bravery that did not take place in battle.

A No10 spokesman said: “The NHS is doing a fantastic job and the nation will want to find a way to say thank you when we have defeated this virus.”

SAS hero Andy McNab added: “The award of a George Cross would show an emotional appreciation.”

We are asking readers to sign the petition online at thesun.co.uk/georgecrossfornhs.

Committee chairman and former health secretary, Jeremy Hunt, has called for a "massive ramp-up – not just in the testing, but also the tracing of everyone who has been in contact with someone who has the virus".

Mr Hunt told the BBC's World At One programme: "If we're going to be in a position where we can track and trace every single person who has Covid or might have had Covid in three weeks' time, because that's when we could next potentially end the lockdown, well that is a huge logistical undertaking."

He added: "If we're going to copy the best in the world then that is what we now need to do.

"We now need to see some very rapid decisions."

We will need to find cases, test, trace contacts and isolate – and the most important thing will be to do it at speed

"I think one of the lessons we could reasonably draw from the slowness of ramping things up on the testing is that this is something we should trust local government to help us with when we move out of the lockdown."

Prof Costello said he believes contact tracing is one of the key tools that will help the UK emerge from lockdown, safely.

It will requite a huge effort at a local level, with a "massive transformation" in the role GPs play.

"It will fall on them to put in place a system to rapidly test in the community, in care homes," Prof Costello told MPs.

"It will be important to make sure results are back quickly.

"We will need to maintain some social distancing after lockdown, but we will need to focus on the people we really need to lockdown.

"We will need to find cases, test, trace contacts and isolate – and the most important thing will be to do it at speed."

Government was 'too slow' 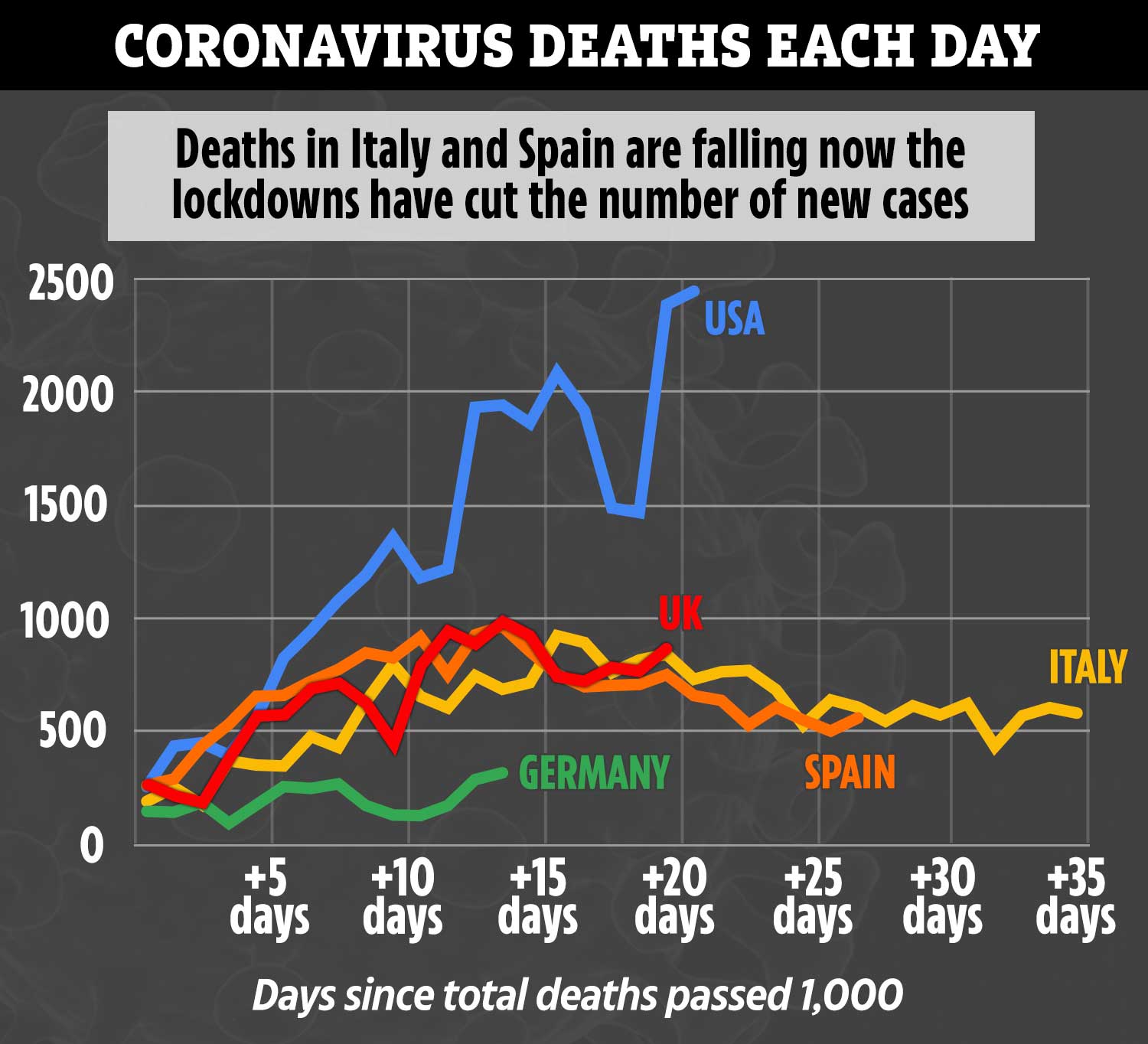 Prof Costello, giving evidence to the Commons Health and Social Care Committee, said we "should not have any blame at this stage" but that "we can make sure in the second wave we're not too slow".

He said it might be important to quarantine people with mild symptoms, away from their families in hotels and other facilities, as they did in China.

"Just asking people to self isolate isn't going to achieve the quarantine we need," he added.

"People with mild symptoms may need to stay in special places, like hotels.

"We have to get the economy going and if it means locking down 10 per cent of our population, even giving them incentives to stay in quarantine and with digital apps to help monitor their symptoms and give them support, that's the way to really keep this going until we get a vaccine and safe herd immunity."

It comes as Prof Costello warned 40,000 Brits could die in the first coronavirus epidemic in the UK, with up to nine more waves possible.

He said we will probably have the highest death rate in Europe, because the Government was "too slow to act".

Professor Anthony Costello, of University College London's Institute for Global Health, told a committee of MPs that the "harsh reality" is that "we were too slow with a number of things".

"If we're going to suppress the chain of transmission of this virus in the next stage we all hope that the national lockdown and social distancing will bring about a large suppression of the epidemic so far – but we're going to face further waves," he said.

"And so we need to make sure that we have a system in place that cannot just do a certain number of tests in the laboratory, but has a system at district and community level."

Police, fire and prisons to get testing 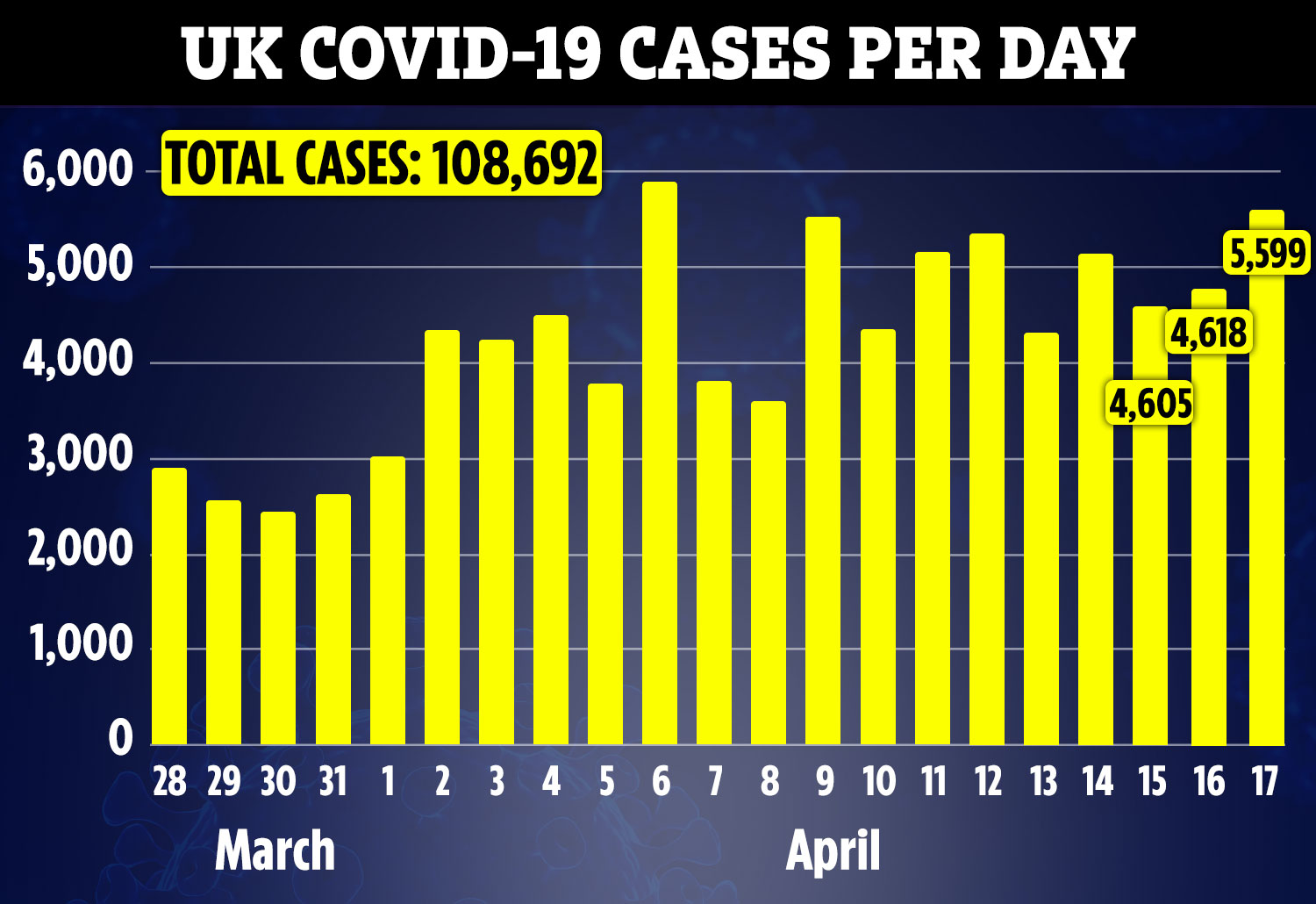 Health Secretary Matt Hancock announced that testing will be expanded to those in the police, fire service and prisons, as well as critical local authority workers, the judiciary and Department for Work and Pensions staff where required.

It follows criticism of a gulf between those being tested and the testing capacity, with just 16,000 tests being conducted in the 24 hours up to 9am on Wednesday, despite 35,000 tests being available.

Mr Hancock confirmed to the committee that more than 50,000 NHS workers have now been tested for coronavirus.

MPs were also told that healthcare staff are "genuinely concerned" about the safety of patients being compromised if workers are spread too thinly.

Dr Alison Pittard, Dean at the Faculty of Intensive Care Medicine, said: "We've had to spread ourselves more thinly and we have developed guidance to try and make sure that continues to be safe, but if we have to expand even more and spread ourselves even more thinly, there would be concern that safety could be compromised.

"So everyone is working really well, we're doing everything that we can but staff are genuinely concerned."

And Dame Donna Kinnair, chief executive of the Royal College of Nursing, told the committee sick NHS workers are being forced to drive two hours away to be tested.

She urged: "We need some really clear direction on how we can access testing both in the NHS but more so for social care, because they don't have the same infrastructure as the NHS."

Prof Costello, a former British director at the World Health Organisation, said he was "not sure we need 100,000 tests per day in reality if we can get this epidemic damped down" and that it was "more important to have the systems in place".