A MAJOR sandstorm has caused half-term holiday chaos, causing all flights in and out of Gran Canaria, and all flights leaving Tenerife, to be suspended.

It comes after a storm carrying clouds of red sand from the Sahara hit the Canaries and severely reduced visibility. 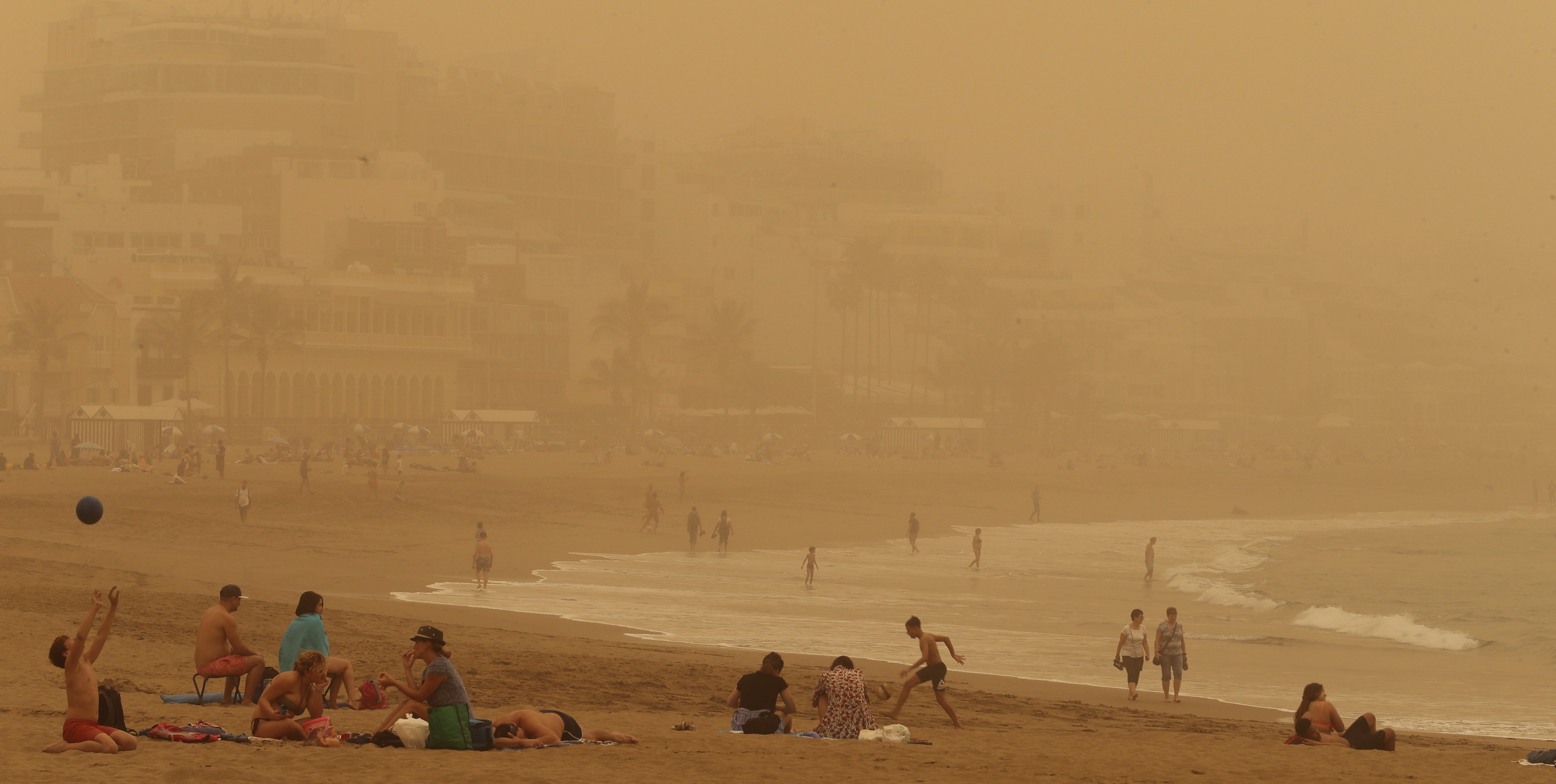 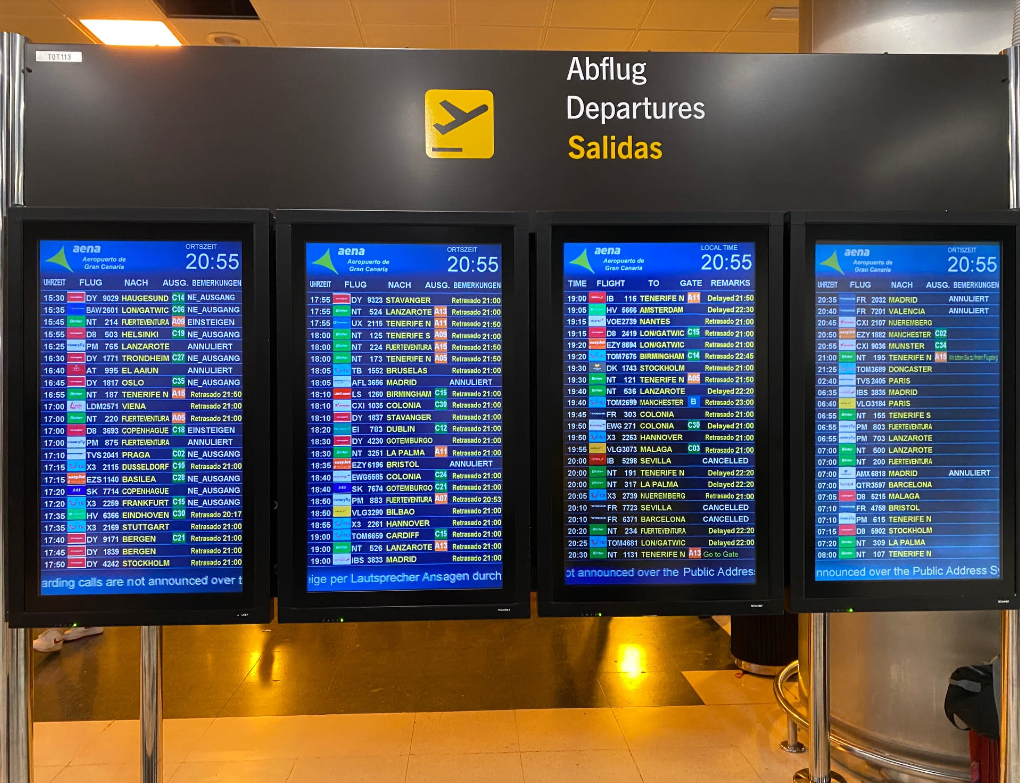 At least 19 flights to Gran Canaria have been diverted, a spokeswoman for Spain’s airport operator AENA said.

However she did not specify which airlines had been affected.

Budget carrier Vueling, a subsidiary of IAG, said some of its services had been hit by the suspensions, advising passengers to check the status of their flights before heading to the airport.

Brit holidaymaker Leigh Gayles told The Sun he has been stranded in the airport since 5.00 this afternoon. 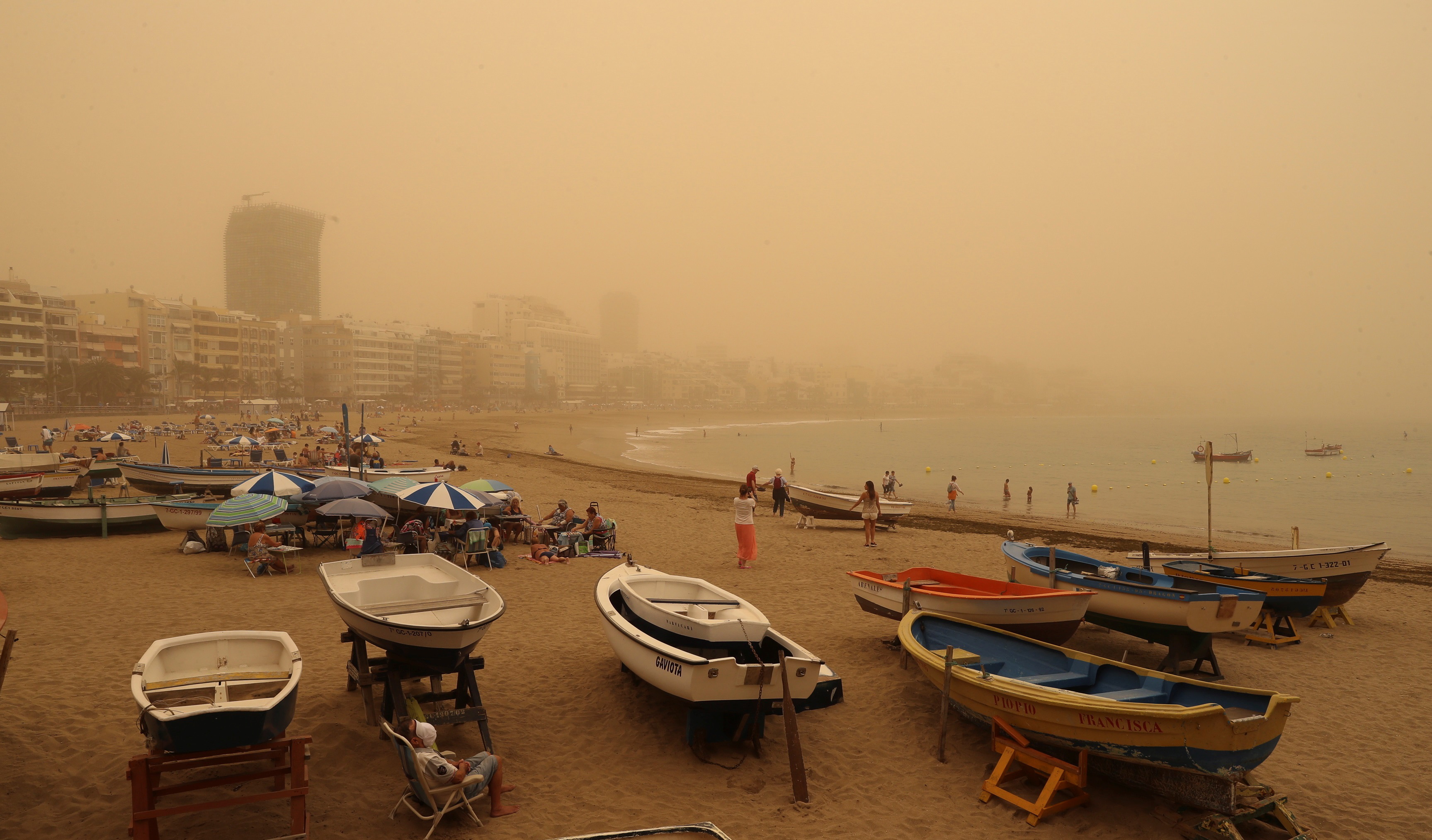 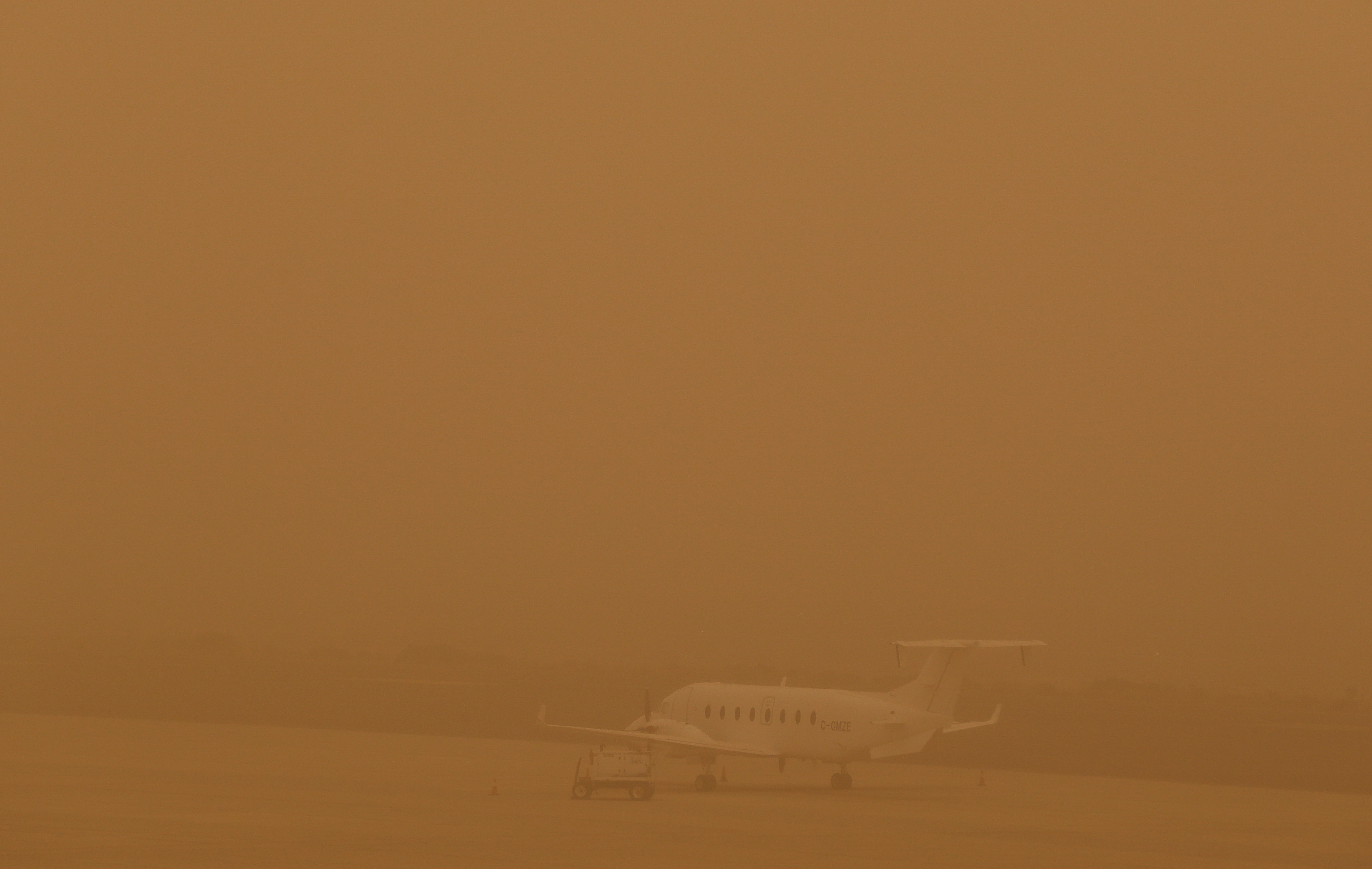 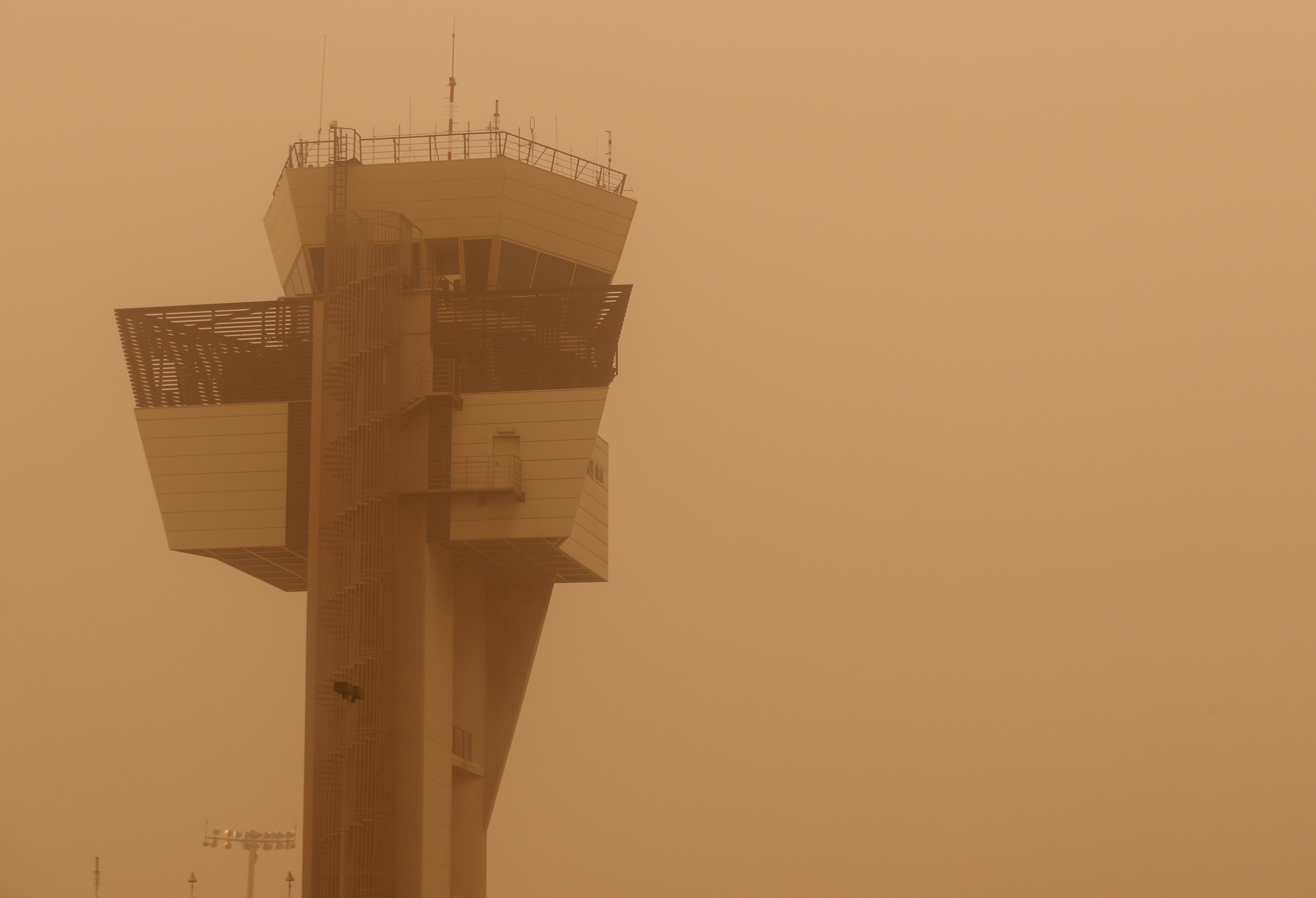 Mr Gayles was hoping to catch his flight home to Manchester at 7.30pm tonight, but has been told it has been delayed until further notice.

Mr Gayles said: “We’ve had no other information given to us other than the flights are cancelled.”

While Mr Gayles was frustrated with the delay, he acknowledged many others had been “waiting a lot longer.”

He added: “The airport is choc-a-block, there’s people everywhere. Some have been stranded since 2 or 3 this afternoon and don’t know what’s happening.”

Spain’s national weather service warned that winds of up to 75 mph are set to blast the Canaries until Monday.

Gran Canaria, Fuerteventura and Lanzarote are likely to be the worst hit, the weather service advised.

Regional government declared a state of alert and advised people to keep doors and windows closed across the archipelago.

Authorities in Lanzarote’s capital Arrecife, cancelled all outdoor activities, including some carnival celebrations. 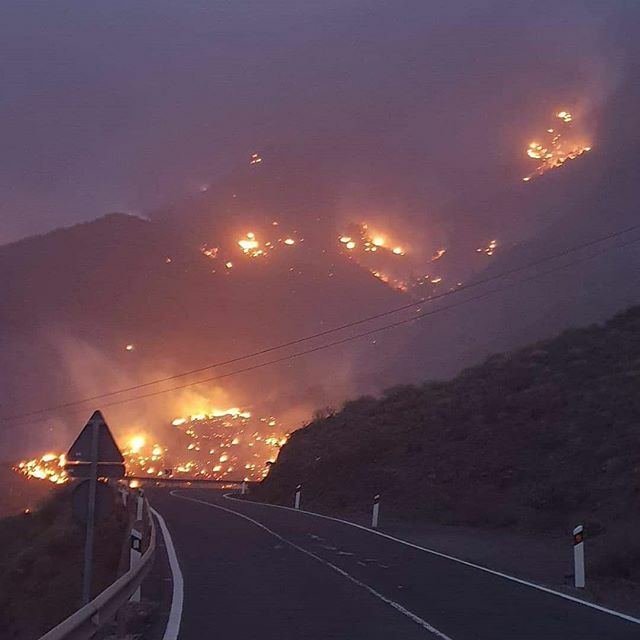 It is believe 150 hectares have been burnt in the flames which started at 6.00pm local time on Saturday.

Gran Canaria media have revealed on Twitter the fires have forced the Tasarte population to be evacuated as emergency authorities work on controlling the blaze.

Located around 60 miles off the coast of Morocco, the Canaries are a popular tourist destination for northern Europeans in search of winter sun. 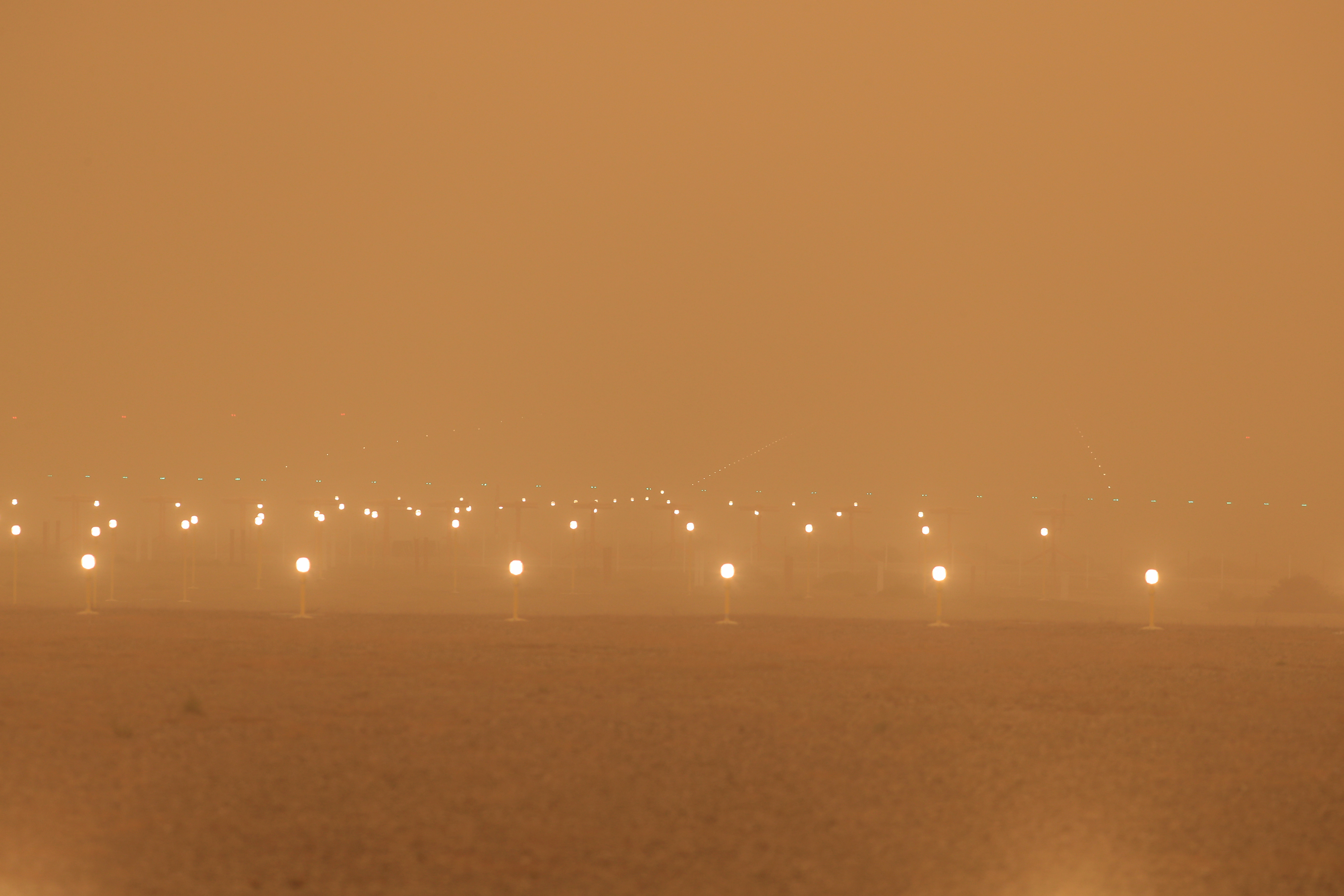