Pictured: Grandfather, 60, killed when large chunk of concrete ‘fell from the back of a lorry’ and smashed through his windscreen in front of his horrified wife and two grandchildren

A family say they are struggling to comprehend the tragic loss of a ‘doting’ grandfather who died when a large rock smashed through his car’s windscreen as he returned home from a day out.

Steven Oscroft, 60, of Shirebrook, Derbyshire was driving through Nottinghamshire when the incident happened.

The heavy block, said to have fallen from a lorry, smashed through the windscreen of his Hyundai iX35 at 11.40am on Tuesday, July 7.

The grandfather of four died instantly in the horrific collision. 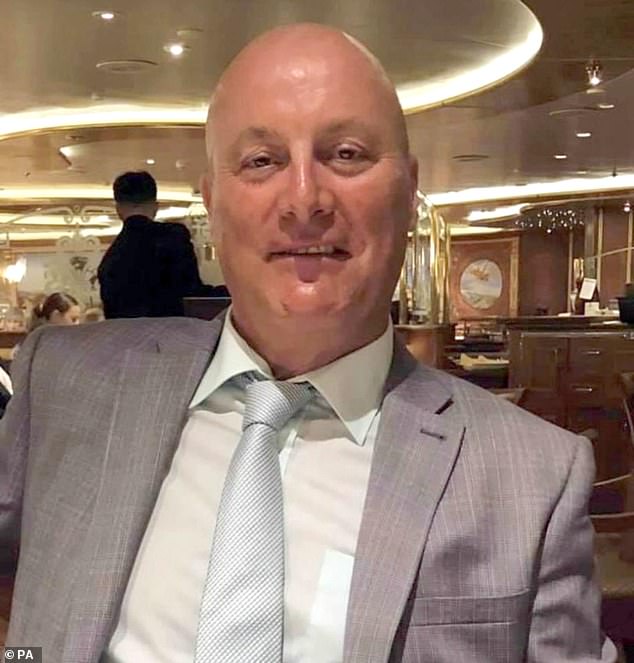 Steven Oscroft, 60, of Shirebrook, Derbyshire was driving through Nottinghamshire when the incident happened on July 7 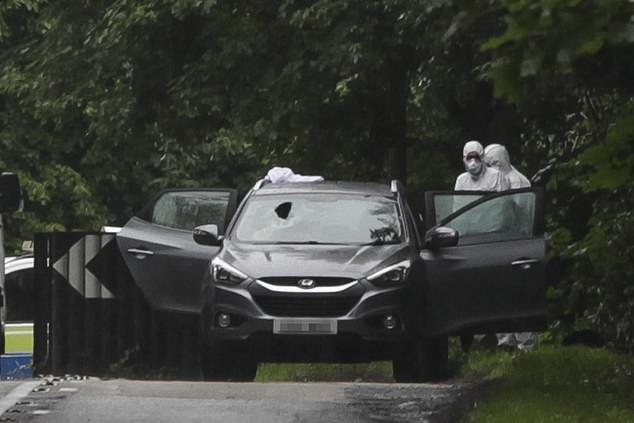 The grandfather of four died at the scene after the block went through the windscreen of his car, pictured. Police believe a large rock fell from the back of a truck and went through Mr Oscroft’s windscreen

Paying tribute to Mr Oscroft, his family said: ‘Steve was a devoted husband, father, son and brother and a doting grandad, he was genuine and kind and well loved by all who knew him.

‘As a family we are struggling to comprehend the tragic end which resulted after a trip out and fun time with the grandchildren, our lives will never be the same again and we can now only cherish those special memories in our hearts.’

Police are appealing for witnesses to the incident.

Family Liaison Officer PC Joanna Baxter, from Nottinghamshire Police’s Serious Collision Investigation Unit, said: ‘Mr Oscroft’s family are devastated by his death in such tragic circumstances and it was obviously an incredibly traumatic ordeal for his wife and two grandchildren.

‘We are working hard to establish how the incident happened to give the family some answers and we would appeal to anyone who may have information that may help the enquiry to come forward as soon as possible.

‘We are particularly appealing for anyone that may have seen a large beige coloured cabbed truck that may be discarding its load in the area around the time of the collision. We are also appealing for any dash-cam footage which may show this vehicle.’