Great Ormond Street Hospital worker 'bullied for being a Christian'

Great Ormond Street worker, 36, sues children’s hospital claiming colleagues bullied her for being a Christian and called her a ‘stupid northerner’ and a ‘silly white b***h

A Great Ormond Street worker is suing the children’s hospital as she claims colleagues bullied her for being a Christian and called her a ‘stupid northerner,’ and a ‘silly white b***h’.

The 36-year-old, from Middlesborough, told an employment tribunal how staff at the hospital told her not to drink after work because it would offend Muslims, kicked her in a lift, and subjected her to racial slurs and threatening behaviour.

Central London employment tribunal heard how Ms Maughan was so stressed her hair fell out, she was prescribed antidepressants and started counselling.

In a statement, she also claims she felt ‘extremely anxious, stressed, and worried for [her] safety’ and alleges that a manager banged his fist on a desk and told her she ‘would be sorry’ that she complained about him.

She also alleged that she was told to ‘accept that in black African culture, men are dominating towards women.’ 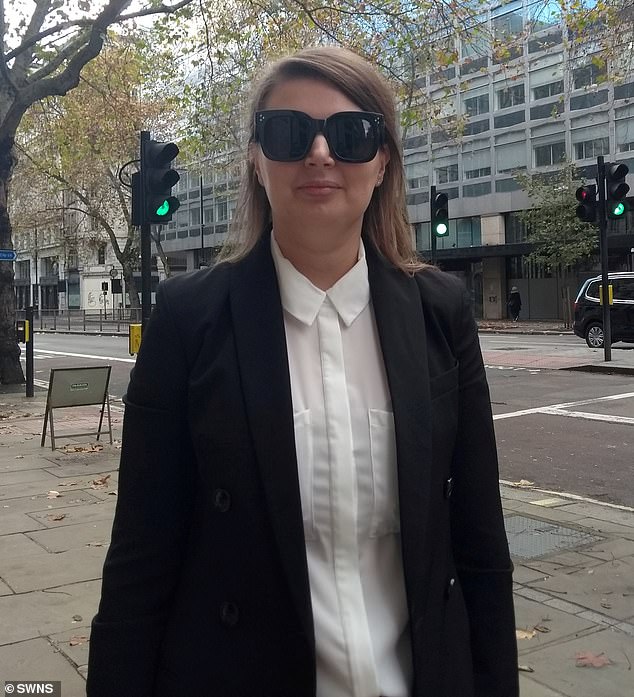 She also claimed they sabotaged her attempts to get another job by providing ‘misleading’ references and is separately claiming that Great Ormond Street (GOSH) deprived her of wages.

A tribunal panel heard she kept a journal of the bullying which started on her first day in the job. She had worked for the hospital for three years but transferred departments in July 2017.

Examples of entries, which note the dates and sometimes the times of day of incidents, were included in her witness statement presented to the judge.

She named several members of staff in her entries including colleagues Ayotunde Ojo, Margaret King, and Rebecca Eaton-Jones as well as her manager, Adeboye Ifederu.

She wrote: ‘On July 31 2018 Ayotunde Ojo told me that I ‘can’t drink alcohol after work on Friday, it’s against my religion and it would be offending Muslims.’

‘On October 19 2018 Ayatunde Ojo asked me what my religious beliefs were because I was a ‘white girl.’

Describing one particular alleged incident, which her witness statement claims resulted in her taking time off on ‘special leave’, she said: ‘Adeboye stood very close to me when there was no other colleagues around and when I stood back he moved closer.

‘With an aggressive tone, Adeboye called me a ‘silly white girl’ and said he was ‘surprised that I had been a manager before being stupid and inexperienced.’

‘Adeboye told me I ‘must ask for permission when leaving my desk or using the toilet.’ I responded that no other colleagues are required to do this.

‘Adeboye slammed his fist on my desk in anger which, added with his threatening tone of voice when he said I “would be sorry for complaining about him,” made me anxious for my safety.’

Ms Maughan also claimed an internal staff survey revealed other colleagues felt that bullying was a problem in her department.

She said she raised the issue multiple times with colleagues but eventually, in November 28, she made a formal complaint. 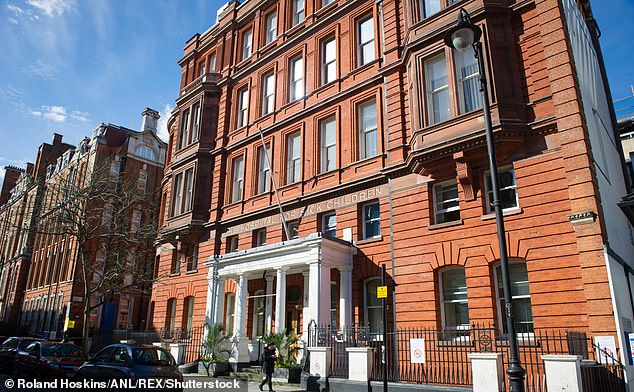 A later entry, in her statement, read: ‘On December 17 2018 Adeboye Ifederu discussed my grievance complaints with another colleague Daley Aofolaju at the tea bar in a manner which could be heard.

‘Adeboye called me a ‘stupid white girl’ and asked ‘why I had not run away yet like others.’

The vast catalogue of incidents continued: ‘I was kicked in the foot by Ayotunde Ojo at 9am on 29 November 2018 when I was exiting the lift on the fifth floor.

‘On December 4 2018 Adeboye commented about another employee, Marie-Anne Kelly, ‘oh her, she’s another stupid white Northerner like you.’

During an extended period time off work because of stress, Ms Maughan claimed, in her witness statement, that GOSH tried to undermine her attempts to find another job – partly because she complained about a patient letter being sent to her home.

Referring to one failed job application, she said: ‘HR sent a misleading and inaccurate reference which resulted in the job offer at Leeds St James Hospital being withdrawn.

On the day she handed in her resignation letter, she noted: ‘I continue to lose a large amount of hair on a daily basis and I feel embarrassed and deeply devastated and upset, worried that a large amount of my hair has fallen out and I was left with visible bald patches and very thinned hair.’

In her resignation letter, enclosed in her statement, she said: ‘GOSH have breached trust and confidence and acted in a manner that damages my health, reputation and career prospects.

‘GOSH have subjected me to abusive treatment and acted in breach of contract on numerous occasions.’

Ms Maughan has made complaints of discrimination on the grounds of race, religion, and sex as well as a complaint that GOSH failed to pay or made unauthorised deductions from her wages.

The hospital denies all the allegations.