ATHENS/DIAVATA, Greece (Reuters) – Greek police fired tear gas on Friday to disperse migrants who had gathered in a field near the country’s border with Northern Macedonia in the hope of making their way illegally up through the Balkans toward northern Europe.

Hundreds have made their way to the field in the village of Diavata since Thursday, galvanized by reports on social media of plans for an organized movement to cross Greece’s northwest border with Albania in early April.

Separately, migrants holed up in Turkey were heading toward that country’s border with Greece following false rumors that Ankara had opened its border gate. Turkish authorities have detained nearly 1,200 migrants there, Turkish media reported.

By Friday morning migrants had set up more than 100 tents in the field at Diavata. A crowd trying to make its way towards the Greek border scuffled with police who responded with tear gas. TV footage showed shrubs burning nearby.

In Athens, a group of about 50 migrants squatted on the tracks of the capital’s main railway station shouting “Germany!” and “Open the borders.” Several more were at the station under heavy police presence. Services from the station were suspended.

“We want to go to Thessaloniki and then to the borders,” said Amin Omar, a 27-year-old Iraqi Kurd sitting on the tracks. “We don’t know if they are open.” 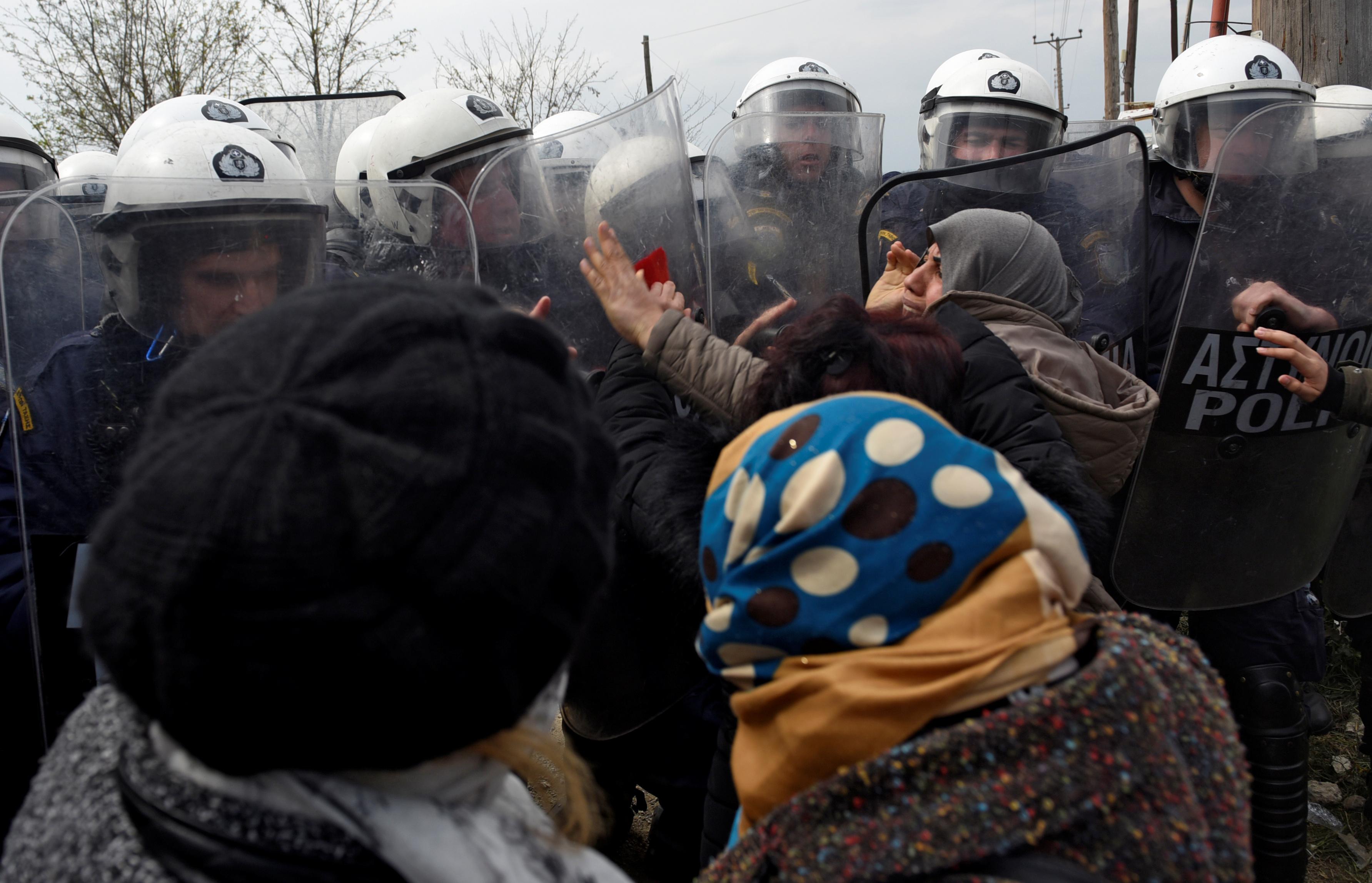 The situation revived memories of the 2015 migrant crisis, when more than one million people, mostly fleeing conflicts and poverty in the Middle East and beyond, traveled via Turkey, Greece and the Balkans toward wealthy western Europe.

Turkey drastically curtailed that exodus in 2016 under a deal with the EU. Soon after, Balkan countries shut their borders, blocking a main passage way to northern Europe and stranding tens of thousands in Greece.

Miltiadis Klapas, a Greek migration ministry official, said the latest movement toward the border was “the result of completely unfounded information that there will be a mass gathering on the borders and that they will open”.

“The borders are closed because of initiatives by other countries,” he said.

Turkish police have detained 496 people in Edirne, the province bordering EU member states Greece and Bulgaria, after migrants flocked there in the hope of crossing the border, state-owned Anadolu news agency said.

The migrants, mostly Afghan, Iranian or Pakistani, referred to themselves as the “Convoy of Hope”, it said. 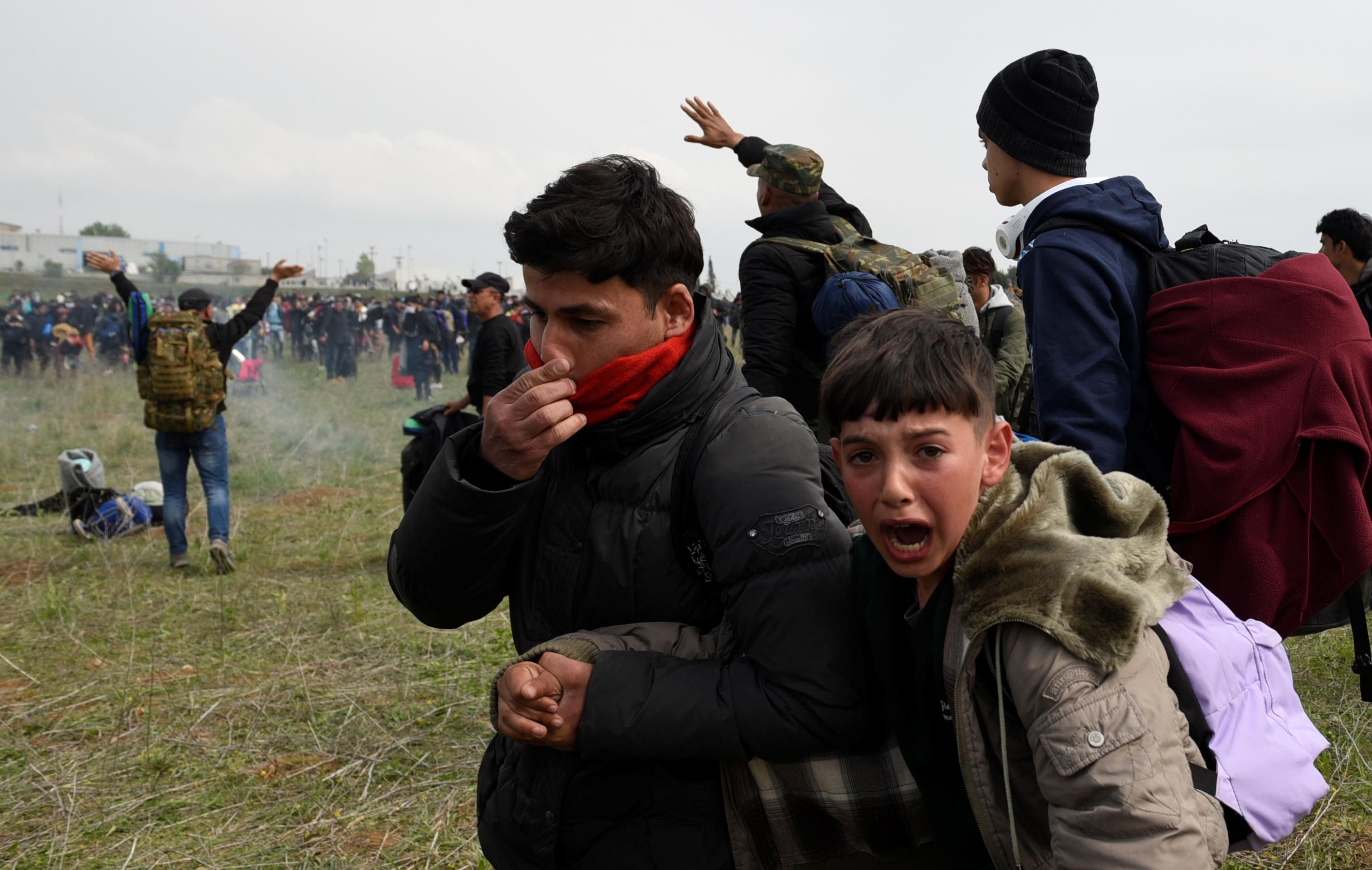 Some 700 migrants were also caught in the neighboring province of Tekirdag after police were positioned on the highway in the direction of Edirne, Demiroren News Agency said.

Authorities were not immediately available to confirm the reports.

Reuters Television footage shot on Wednesday showed Turkish policemen in plain clothes chasing migrants around train tracks and putting them on to buses. Another group, who were sent back to Turkey after illegally crossing into Greece, anxiously waited to be sent to a repatriation center.