Disabled children and former Grenfell residents are being refused access to the communal gardens of their homes after owners decided to block social and affordable housing residents from entering.

The multi million pound development in west London is owned by housing association Octavia, who barred the social and affordable housing residents from using the areas.

Residents of the private properties in Westbourne Place in Maida Vale, where homes sold for £750,000, were given fobs that open the gates to the garden while social housing residents are locked out from the spaces. 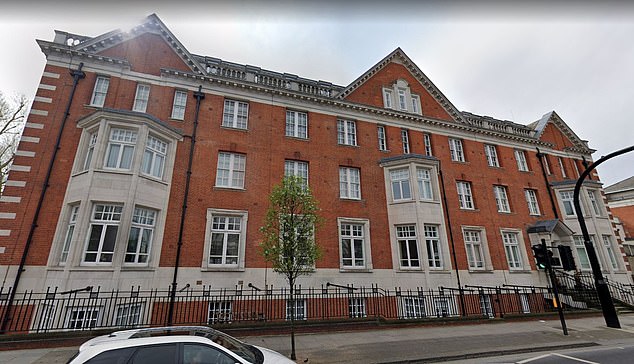 Westbourne Place in Maida Vale, where private homes sold for £750,000

In March Sadiq Khan and former housing minister James Brokenshire weighed in to condemn the ‘shameful practice’ of segregating communal gardens after another instance, promising a change in the law to ban properties like these.

Despite this it seems social housing residents are still facing discrimination.

With a view of the gardens from many of the properties residents are finding it difficult to explain to their children why they can’t play where their richer friends can.

Hamid Ali Jafari, a former Grenfell resident whose father, Ali Yawar Jafari, 82, died in the fire says his five-year-old son asks ‘all the time’ to play football in the garden, reports The Guardian.

He told The Guardian: ‘Luckily he is only five so I can try to distract him and say we should play somewhere else. If he was a bit older he would know what was really happening.

‘It’s just very disappointing, to be honest, to live like this. I am already suffering with depression from what I went through at Grenfell.’

Octavia housing association said the decision to segregate was made to avoid giving social housing tenants the ‘financial burden’ of a high service charge for the garden – despite each social housing residence already paying over £200 per month. 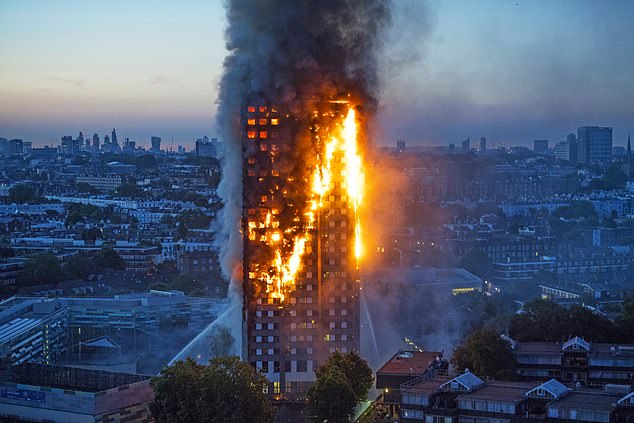 Seventy-two people died in the fire that engulfed the Grenfell Tower block (pictured) in west London on June 14, 2017

Paying a total of £36,000 a year in service charges together the social housing residents have even offered to pay more to gain access to the garden but were told that it was not available.

The service charges are now managed by Pinnacle Property Management, who manage the private properties on the development.

They were originally set by the developer Redrow, who have since sold the free-hold, reports The Guardian.

In the original plans for the luxury flats, approved by Westminster council, the gardens looked as if they would be used by all residents – council officers are now carrying out an enforcement investigation.

A family with a disabled child have been fighting Pinnacle Property Management to gain parking near their property for months, reports The Guardian.

A spokesman for Octavia told The Guardian: ‘Access for our residents to the private sale part of the development and the parking area was not part of the offer from the developer and it was not sought in our lease negotiations, as it would have put an added financial burden on all residents in terms of service charge costs.

‘Keeping costs like this down contributes to making housing more affordable. We are challenging the current access arrangements to parking with the management agents.’