Grindr paedophile caught by online vigilantes and jailed for trying to meet a 13-year-old boy had his human rights breached and his conviction should be overturned, Supreme Court hears

A convicted sex offender claims his human rights were breached because prosecutors were ‘in cahoots’ with vigilante paedophile hunting groups, the Supreme Court heard today.

Mark Sutherland was jailed for two years in October 2018 after he sent explicit pictures and made arrangements to meet a 13-year-old boy on the dating app Grindr.

But the person he was talking to was Paul Devine, a member of the group ‘Groom Resisters Scotland.’

The 37-year-old was cornered by the group at a bus station after arranging to meet what he thought was a teenager, and later convicted under the Sexual Offences Act.

But he is now fighting to overturn his conviction and has taken his case to the UK’s highest court which will decide whether evidence gathered by the vigilante group breached his right to privacy.

His lawyers say Sutherland had a right to an expectation of privacy when using Grindr despite the fact he went on to engage in criminal activity. 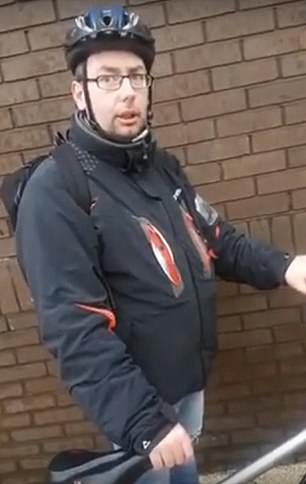 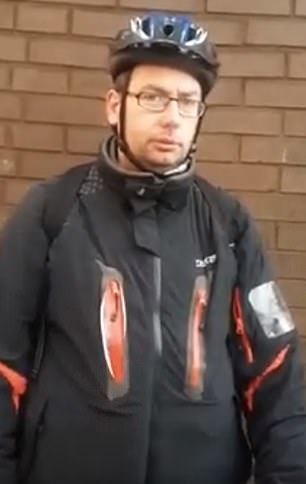 After a trial at Glasgow Sheriff Court, Sutherland was unanimously convicted of charges under the Sexual Offences Act between 18 and 31 January, 2018.

This included going to meet who he believed to be a 13-year-old with the intention of engaging in ‘unlawful sexual activity’.

His legal team appealed the conviction at the Court of Criminal Appeal in Edinburgh but it was rejected by a panel of three judges.

But Sutherland was granted leave to appeal his case to the Supreme Court in London.

At a hearing today his lawyer Gordon Jackson QC claimed the activities of paedophile hunters were ‘encouraged’ by the police and Crown Office in Scotland.

He said: ‘The use of evidence obtained by the decoy amounts to an interference with the appellant’s right to privacy.

‘There are lots of hunter organisations operating in Scotland and evidence from them has led to a number of investigations and prosecutions.

‘This is a very large scale method of obtaining evidence for prosecution. The idea that the Crown is not in cahoots with it is something I disagree with.

‘There is a degree of disquiet about these organisations which do not fit nicely around the way we do things.’

Mr Jackson told the court there had been 164 cases prosecuted in Scotland in the last three years involving paedophile hunter groups with a further 110 cases pending.

He added: ‘There is tacit encouragement of these groups because the Crown prosecute almost all the cases they bring to them.

‘They cannot allow it without proper authorisation because of the type of crime that is being committed.

‘If the interference is being done disingenuously by systematic use of these groups in order to avoid doing it according to the law then the evidence should not be useable.’

Alison Di Rollo QC, the Scottish solicitor general appearing for the Crown, said Sutherland had no right to privacy when communicating with what he thought was a 13-year-old boy.

She said: ‘There is no right to a private life when it comes to criminalised sexual activity between adults and children. That would be an absurd proposition.’

Miss Di Rollo also denied there was a system in place which encouraged paedophile hunter groups to gather evidence on behalf of police and prosecutors.

She added: ‘That’s not the way we do things. The police and prosecutor cannot ignore evidence because it comes from a paedophile hunter group.’

The appeal, which was heard before five Supreme Court judges, was conducted by video conference due to the Covid-19 outbreak. They will deliver their judgement at a later date.