Plenty of fish? Groom hooks a 36-inch pike and soaks his wedding suit while he waits for his bride to arrive at their lakeside wedding

This is the comical moment a groom catches a 36-inch northern pike and soaks his suit just 15 minutes before walking down the aisle.

Footage shows Tim Skrip hook the large fish as he waits for his bride Michelle to arrive to their downsized wedding at Bald Eagle Marina, on Lake Ontario in Kendall, New York.

However within seconds of hooking the pike, the fish begins to thrash in the water and leaves Mr Skrip with a rather wet suit. 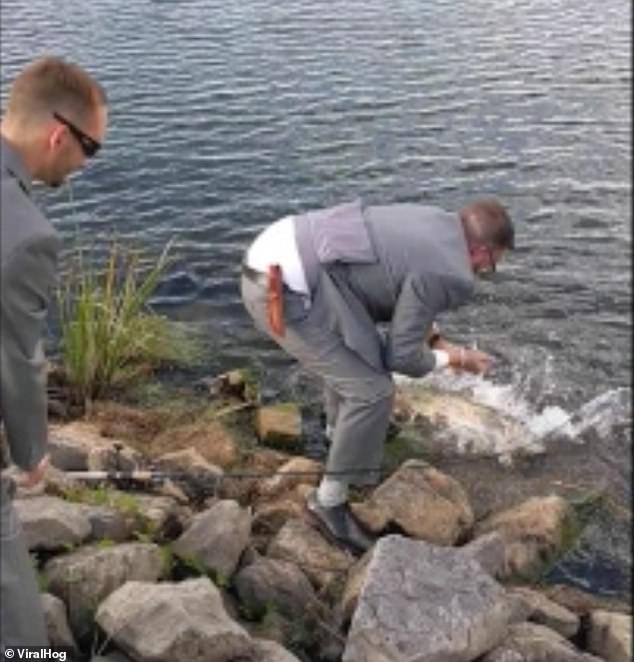 Tim Skrip tries to grab hold of the slippery fish just minutes before his wedding at the Bald Eagle Marina, on Lake Ontario in Kendall, New York 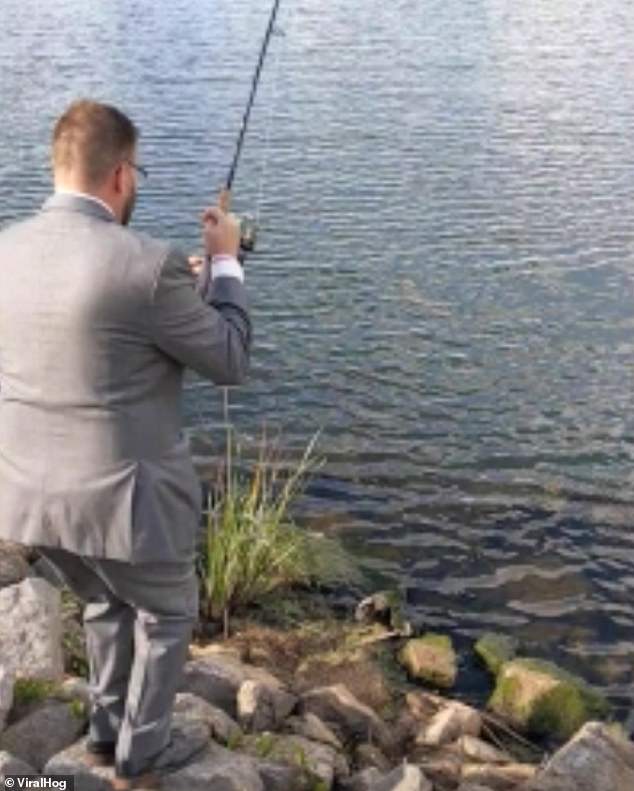 During the clip, which was filmed on October 2, the groom hooks the large fish and clambers over rocks to pull it out of the water.

The fish then begins to splash around in the water as Mr Skrip tells his friend: ‘It’s hysterical!’

As the battle ensues, the groom’s friend calls out: ‘I told you man. I said, ”What are you going to do if you catch one?”’

With his wedding suit now soaked, Mr Skrip manages to scoop the fish from the water and poses for a picture with it at the altar. 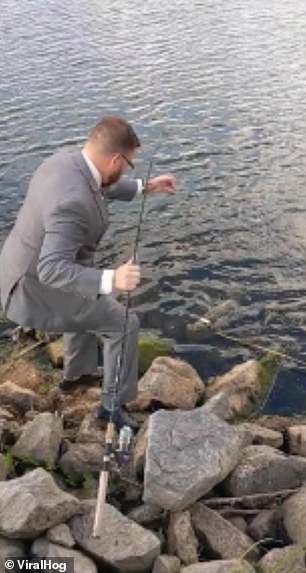 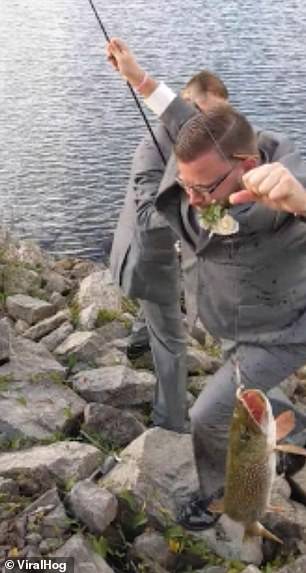 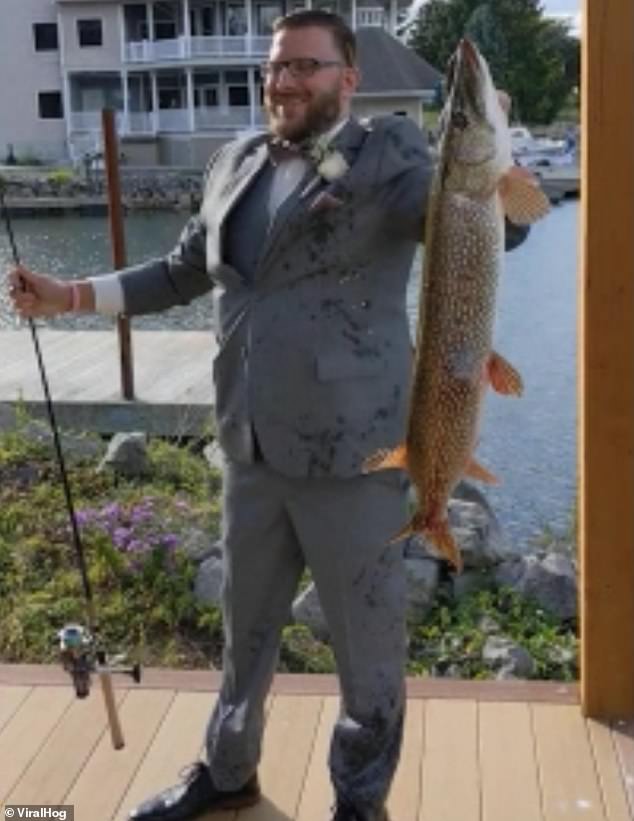 He later explained that he released the fish back into the water and had ‘just enough’ time to clean himself up before his bride arrived.

He told ViralHog: ‘My wife Michelle and I got married at the Bald Eagle Marina. I keep my salmon fishing boat there and due to Covid we had to have a smaller downsized wedding.

‘We got married right on the water and when I was waiting for Michelle to come down from the marina I took a cast and hooked it into a northern pike on a moonshine salmon spoon.

‘I landed it on the altar and released it back into the water. Had just enough time to wash my hands before she came down the aisle and said ”yes”.

‘I told her the entire fish story standing at the altar.’ Letitia Wright on dating: ‘I’ve got [a lot] going on, but finding the person is difficult’